The French department of Aube is rich in the history of the Knights Templar, Simon Willmore followed their trail…

The first master of the Knights Templar, Hugues de Payns, was born just outside Troyes (110 miles southwest of Paris), and the abbot St. Bernard de Clairvaux, founder of the abbey at Bar-sur-Aube, helped to write the Latin Rule, their code of conduct.

There are so many associations that  a group of Guild members, fresh from their AGM in the Champagne region capital, Reims, set out to learn about the enigmatic order of men who wore the red cross – and it seemed only right to sample some of the local bubbly along the way.

Clairvaux Abbey, a Cistercian monastery, was founded in 1115. The building, mostly dilapidated behind its grandiose frontage, has a dark and complex past, as if to mirror the tangled web of stories around the Templars.

The once resplendent monastic lodgings were replaced in the time of Napoleon I by cramped dormitories and buckets-for-toilets, as the abbey was turned into a prison. Some prisoners were shackled up in wooden boxes known as ‘cages à poules’ or hen coops, each just 10ft by 8ft.

The treatment of prisoners was so horrendous it inspired Victor Hugo to write Claude Gueux, about a man from Troyes who was imprisoned in Clairvaux. Gueux was provoked into killing the director of the prison and sentenced to death; this book apparently inspired the theme of social injustice in Les Misérables.  More recently, the abbey has been reverted to its holier roots. The monks’ dormitory has been restored to its 12th-century finest, with sweeping gothic arches stretching for almost 100 metres.

It’s now home to concerts in the summer – a fittingly atmospheric venue for such events. However, there’s still a foreboding sense of entrapment in the air, amplified by the fact that you have to hand in your ID at reception and the fact that the whole space is behind a 10-metre-high wall. 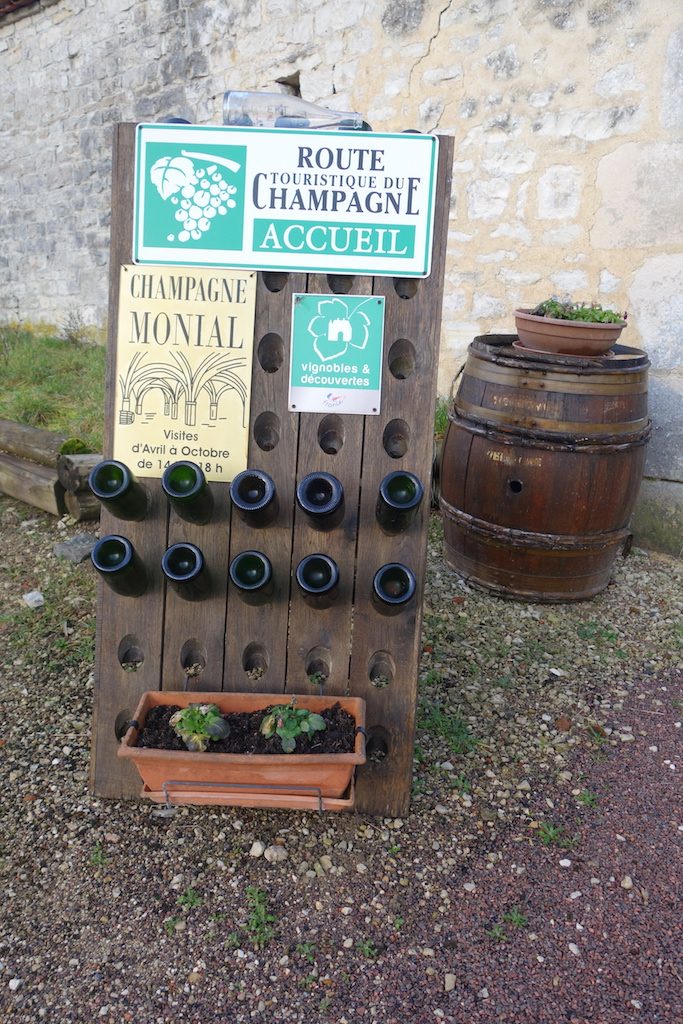 For a more convivial way to enjoy the region’s heritage, visit the Monial Champagne terroire in Colombé-le-Sec. The arresting 12th century Cistercian building has a charming chapel on-site as well as – what a beautiful coincidence – a cellar with an average ambient temperature of between 8 and 12°C, which is perfect for making champagne.

As we stepped under a fine fresco above the cellar doorway, and the house cat brushed past us into the dark vaulted space within, we learned that this small producer makes only 40,000 bottles a year.

One of their prized cuvees is the Blanc de Noir, made exclusively with pinot noir grapes. Despite it being 10am, we were more than happy to indulge in the produce of the land – for research purposes, naturally.

Another cellar, another cuvée

In Urville, 20 minutes southwest, lies the terroir of the Drappier family, including current head of the cellars Michel and his father André. In the 1930s, Georges Collot, Michel’s maternal grandfather, became the first man to plant pinot noir grapes in the region, earning him the nickname ‘Father Pinot’.

Two decades later, André – known as Dédé – took over and announced the Carte d’Or cuvee. It seems he is very proud of his creation. Since 1979, Michel has been in control of the winemaking process, leaving Dédé to spend his days at leisure in front of the fire, with a seemingly bottomless glass of champagne.

He tells us he thinks he must have drunk over 24,000 bottles of the stuff in his lifetime. He is my idol.

Back on the trail

This site was a guesthouse for soldiers quite literally on the warpath, en route across Europe to Palestine, with a chapel, where the knights, donned in their iconic white robes – as well as the support staff in the less familiar black – could complete one of their nine daily prayers.

Many of the Templars’ enemies were much closer to home – such as those in the story behind the superstition that Friday 13th is unlucky. In 1307, the Templars were being investigated for criminal charges (generally thought to be unfounded). King Philip IV, who was in debt to the Templars because of war with the English, took the opportunity to eliminate his debtors.

On Friday, 13 October 1307, Philip sent out a warrant for the arrest of almost 100 Templars, stating “We have enemies of the faith in the kingdom” and accusing them of worshipping false idols. Philip tortured his rivals into making false confessions, which led to many being burned at the stake, and in 1312, Pope Clement V officially dissolved the order.

Any proof of the existence of the monk-soldiers was slowly but surely removed from the landscape, significantly in 1415 under Louis XIV. The commandery in Avalleur was once one of eight facilities in the Aube alone; had it not been for a priest who bought the land, this property, too, would have submitted to the passing of time, like much of its inhabitants’ legacy.

Such is the way with the stories of the Knights Templar; much of the truth has been lost, blurred by propaganda, confessions given under duress, and conspiracy theories – including the idea that the brotherhood only ‘vanished’ because it wanted to, and now operates in the shadows.

A quick internet search nowadays will claim that indeed the Templars still cast a long shadiow, as in The Da Vinci Code. There are also theories that the Templars know where the Holy Grail is and what it is – perhaps that it contains relics of John the Baptist. It’s certainly not easy to know what secrets the Knights Templar still hold, but it sure is enjoyable to follow their trail – with a glass of champagne in hand.