Most of us like to remain in our comfort zones. My comfort zone is avoiding anything with more than a modicum of risk. Your idea of a modicum of risk may be paragliding, bungee jumping or Formula 1 motor racing. Mine are things like walking in muddy conditions without sensible shoes, visiting Harrods Food Hall with a credit card, or mentioning politics at a dinner party.

So I was really pushing the boat out by signing up to a spot of scuba diving on the BGTW AGM in Tenerife this January, having never dived before. 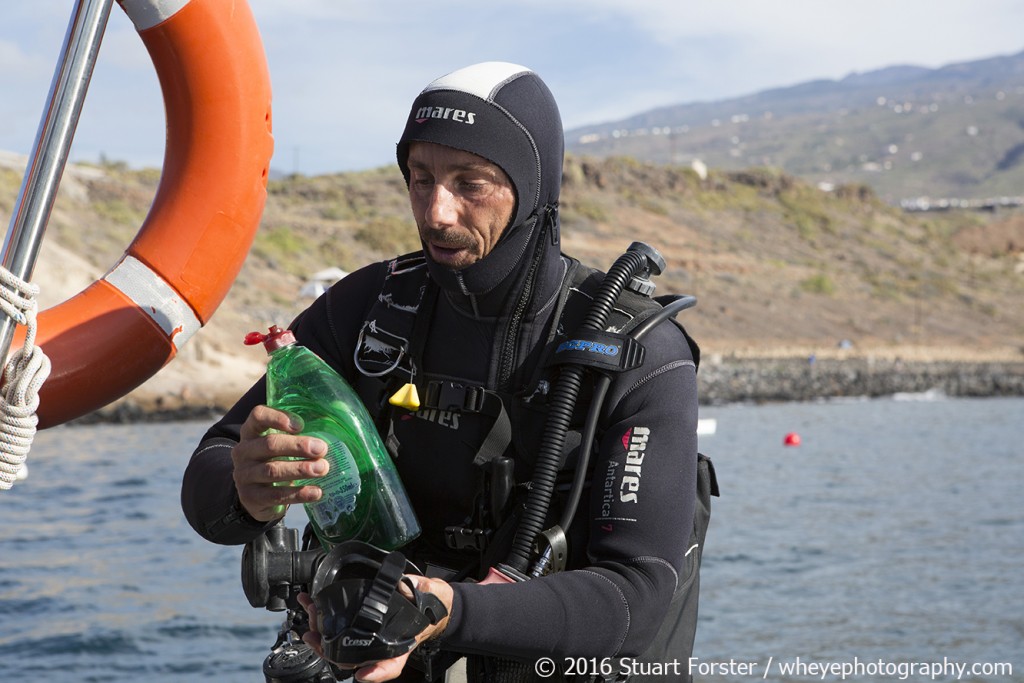 Eight of us turned up at Puertito de Adeje and took a 15-minute motorboat ride to a protected coastal conservation area where we would participate in a ‘fly over’, so-called as we’d be swimming over and observing some of Tenerife’s marine life, as the local divers do on a daily basis to monitor sealife population levels.

After a brief safety talk, the more modest of us got changed into swimming gear in the skipper’s cabin – while the exhibitionists chose to shamelessly strip off on the deck.

Five of the group had dived before, the rest being novices. 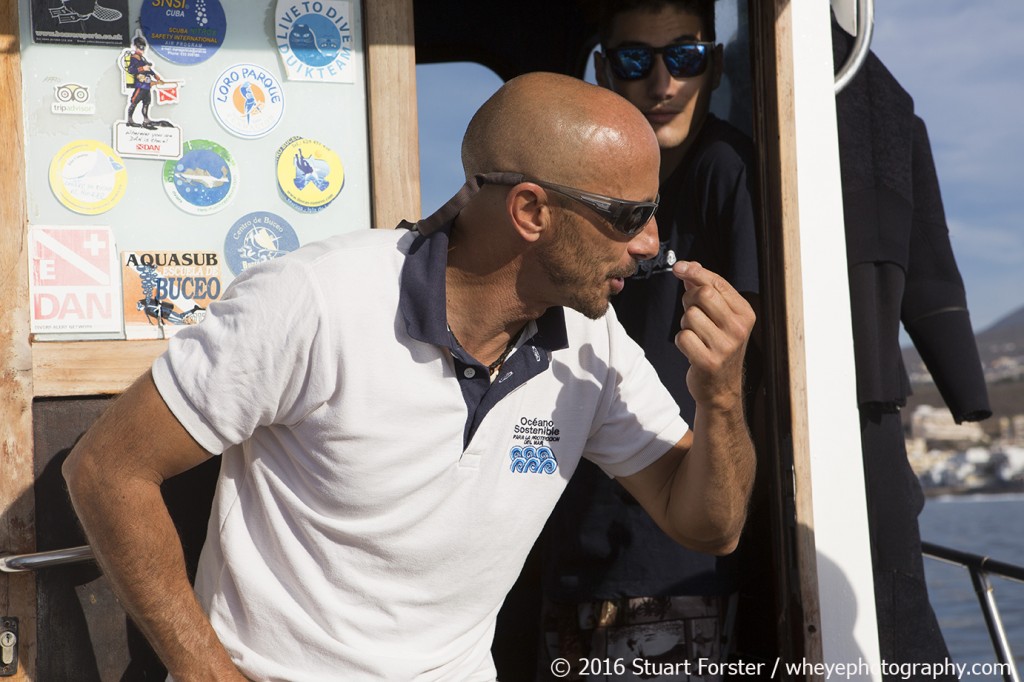 The experienced ones took great delight in winding me up with terrifying tales of what can go wrong with diving, informing me of the problems of oxygen toxicity, barotrauma, decompression sickness (‘the bends’), nitrogen narcosis and pulmonary embolism. Oh, how they laughed when they saw the terror in my face when I was warned my lungs might explode if I rise to the surface too quickly.

As I briefly contemplated writing last letters to loved ones, we donned the thick, heavy black rubber diving suits, flippers, eye masks, weights and heavy air tanks, and jumped in. Those who had dived before went in together, while the novices were assigned a buddy, a qualified PADI diver, to accompany us on our inaugural dives.

Feeling a mixture of trepidation and excitement, I was led by my diving instructor gradually down to the bottom of the seabed, nine metres below. That depth didn’t sound like much to me, but I’ve since learned that it’s a particularly deep dive for your first time. 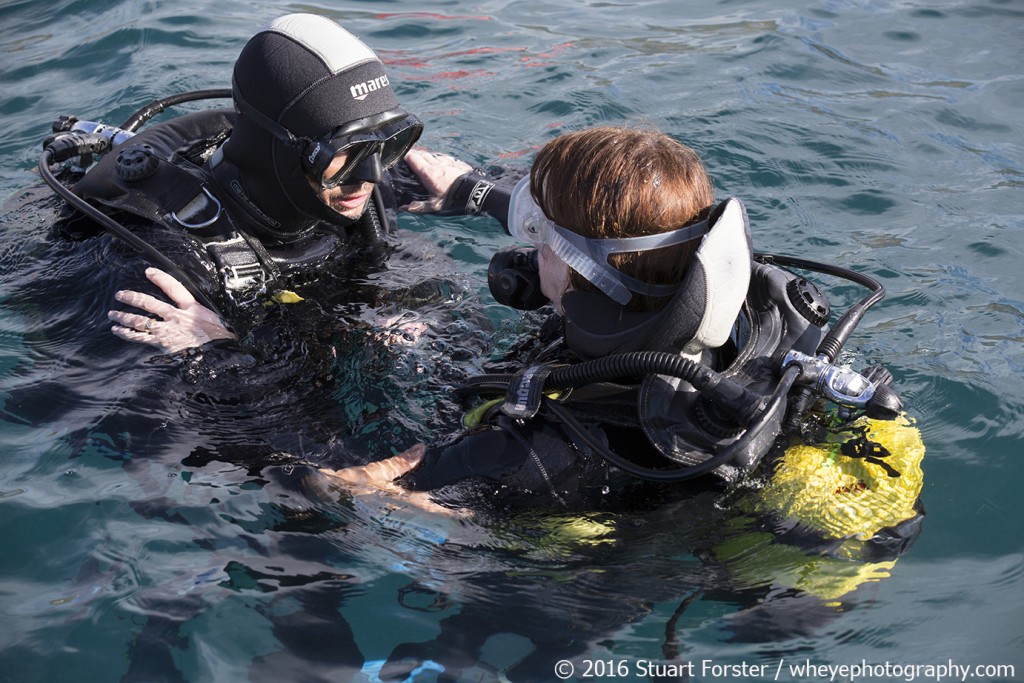 Getting the breathing right took a bit of getting used to, but then things soon got more relaxed as we made our way further down. I saw a few exotic-looking, colourful fish, but was struck by the small number of them. A few years ago I snorkelled off the Greek coast and saw far more fish. The sight on this dive really brought home to me how important it is not to overfish waters such as these off Tenerife.

We were told that angel sharks lurked in the sand here on the seabed, although none were spotted. They’re apparently not as alarming as they sound, as they more resemble rays than sharks. However, they can inflict painful lacerations if provoked, due to their sharp teeth and powerful jaws, and so I’m grateful I didn’t step on one.

Suddenly, an awe-inspiring thing happened: two giant sea turtles swam right up to me, almost touching my face. They gracefully weaved around us for some minutes, and the experience was absolutely wonderful.

Coming out of my comfort zone had most definitely been worth it this time.