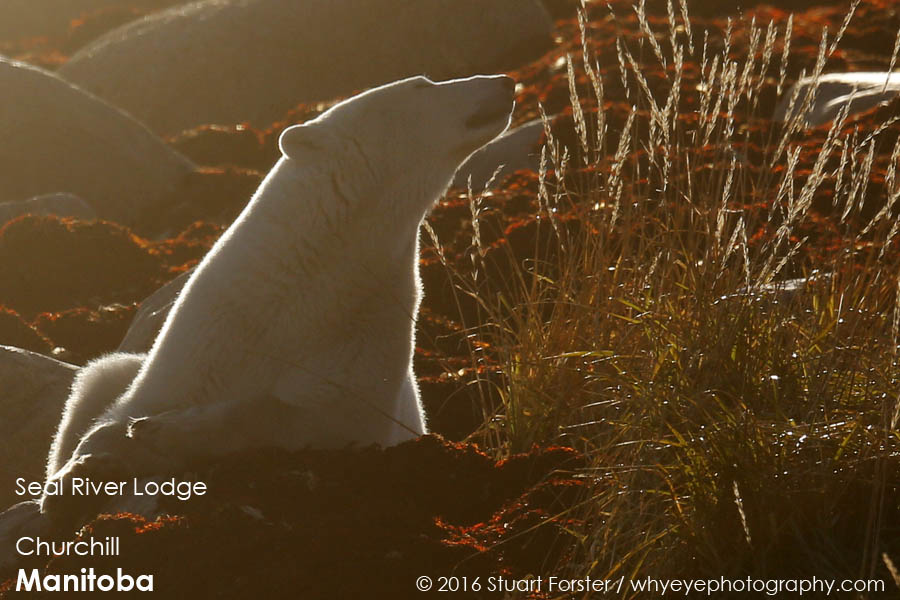 Fancy the idea of standing ten metres from an advancing polar bear grab without a fence to protect you? That’s something I experienced near the town of Churchill in Manitoba, Canada.
Approximately 850 people live in Churchill, which is known as the polar bear capital of the world. It’s one of the few permanent settlements where people can frequently see them in the wild. Hundreds of them gather in northern Manitoba while waiting for the Hudson Bay to freeze. When it does, normally in late-November, the bears head out onto the ice to hunt seals.
While in  Churchill I interviewed Brett Whitlock, the man who oversees the Polar Bear Holding Facility. Locals tend to know the building, close to the airport, as the bear jail. It has 28 cells for detaining polar bears that wander into the town. Patrols, operated until 10pm each day, help keep them off the streets.
Approximately 15,000 people visit Churchill every year to view them – but those at the Polar Bear Holding Facility are strictly off-limits. They receive no contact with humans.
Most people see bears from high-sided, all-terrain vehicles known as Tundra Buggies. They are designed to cope with ver the rugged terrain around the town. Instead, I joined a small group of people on a polar bear safari at Seal River Heritage Lodge, 60km from Churchill. The luxury eco-property is operated by Churchill Wild  and became one of National Geographic’s Unique Lodges of the World in 2015. 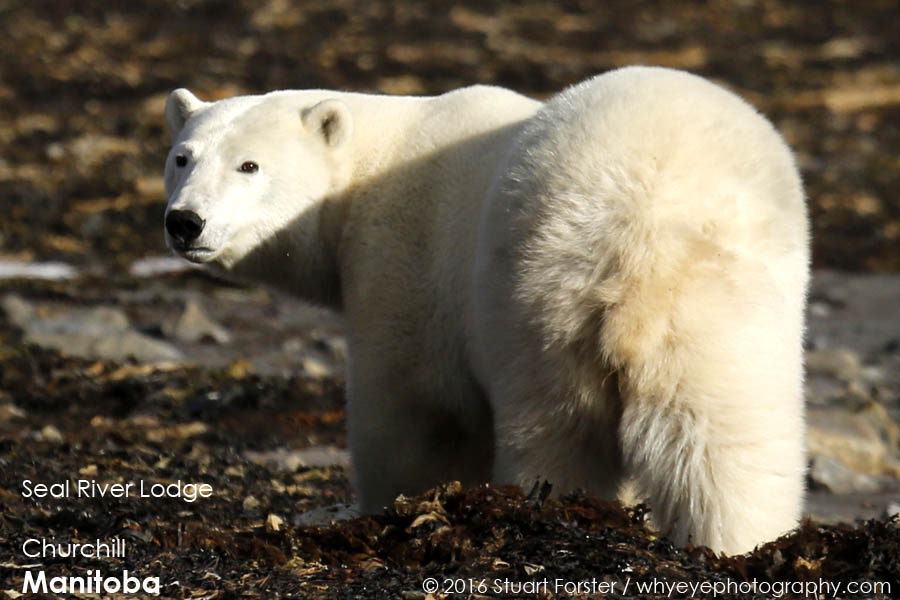 Twice a day we headed out on foot, in sub-zero temperatures, to explore the landscape around the lodge. Accompanied by two guides, Derek and Josh, we learnt about aspects of the treeless taiga environment and its wildlife.
My heart was crashing as an 800lb bear sauntered towards us during one of our walks. Despite soaring adrenalin I controlled my breathing to click a series of shots of the advancing animal.
Polar bears may be predators and the planet’s largest land-dwelling carnivores but, by managing risk, it is possible to move around safely in their habitat. Though the guides at Seal River Heritage Lodge carry shotguns on their shoulders they have never had to use them. Clacking a couple of stones together is usually enough to turn a bear away from a group of people. 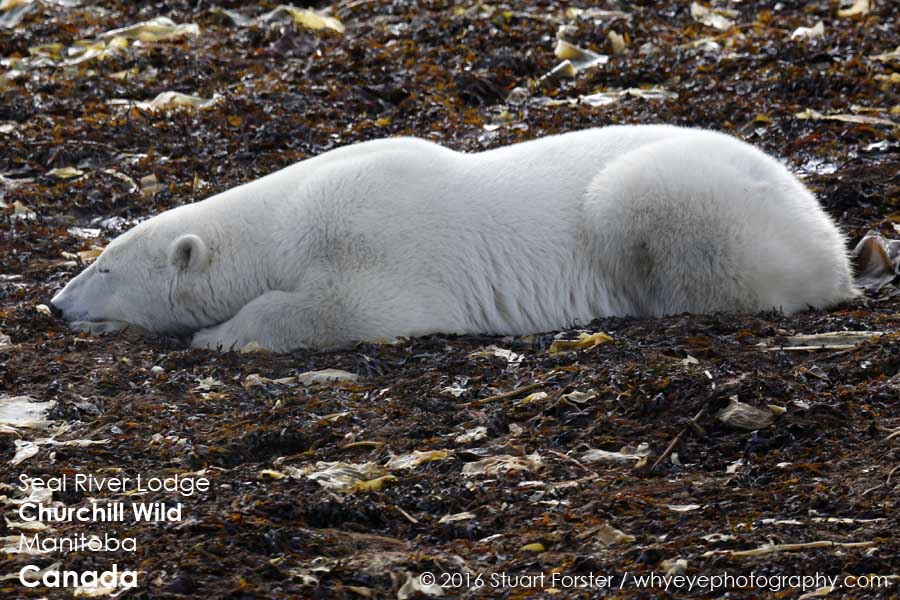 Polar bears are beautiful creatures to watch up close. Maybe you have tuned in to BBC Two series Arctic Live, with its reports from Churchill by experienced wildlife cameraman Gordon Buchanan.
I’m still editing the hundreds of images I photographed in Manitoba and, no doubt, will be talking about the experience of walking with bears for a long while yet.
Further information
To find out more about Churchill see www.everythingchurchill.com.
The Travel Manitoba (www.travelmanitoba.com) and Explore Canada (www.explore-canada.co.uk) websites are also good sources of information and worth looking at it you’re planning a trip.
About the author
Stuart Forster (@stuartforster) is a travel writer and photographer from the north-east of England who regularly undertakes commissions for newspapers and national magazines.
His redesigned blog, www.go-eat-do.com, and photography website, www.whyeyephotography.com, will be relaunched in the last quarter of 2016.