Behind the scenes at Gatwick Airport

Guild members were invited to Gatwick Airport recently to catch up on the latest developments, including their big terminal switch when the major airlines operating from Gatwick – BA, easyJet & Virgin Atlantic – swapped terminals over a 72 hour period. 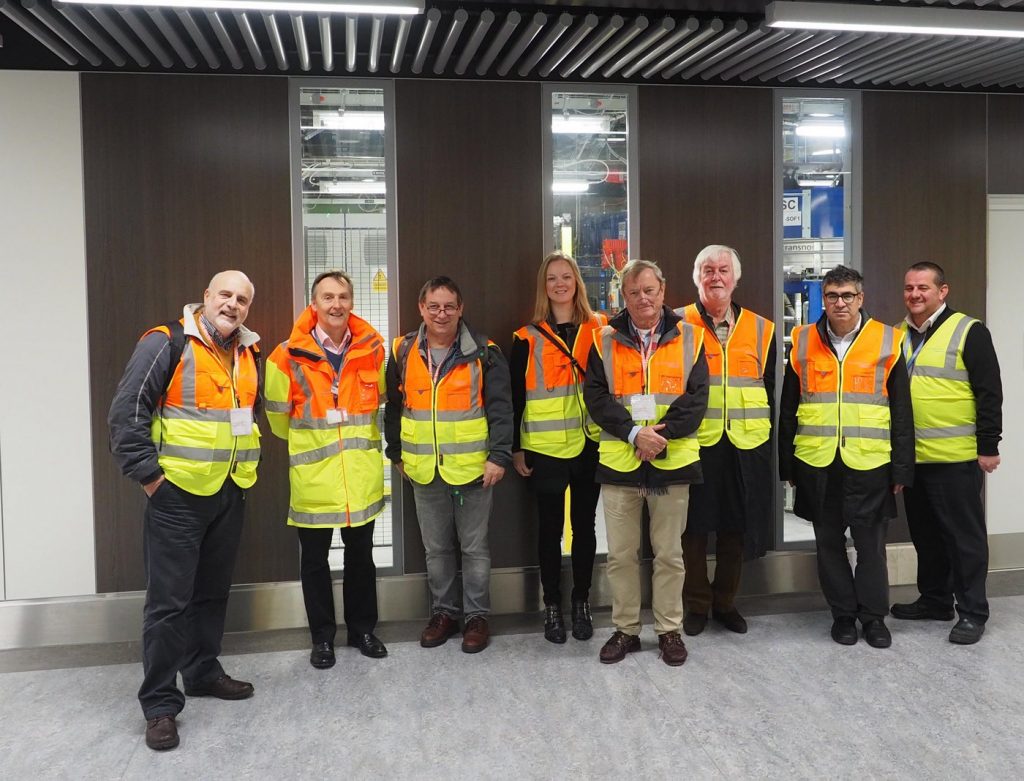 One key area on the tour was to the luggage handling areas at both South and the North Terminals. With easyJet taking over most of the North terminal their self-tag baggage operation is now the largest in the world. 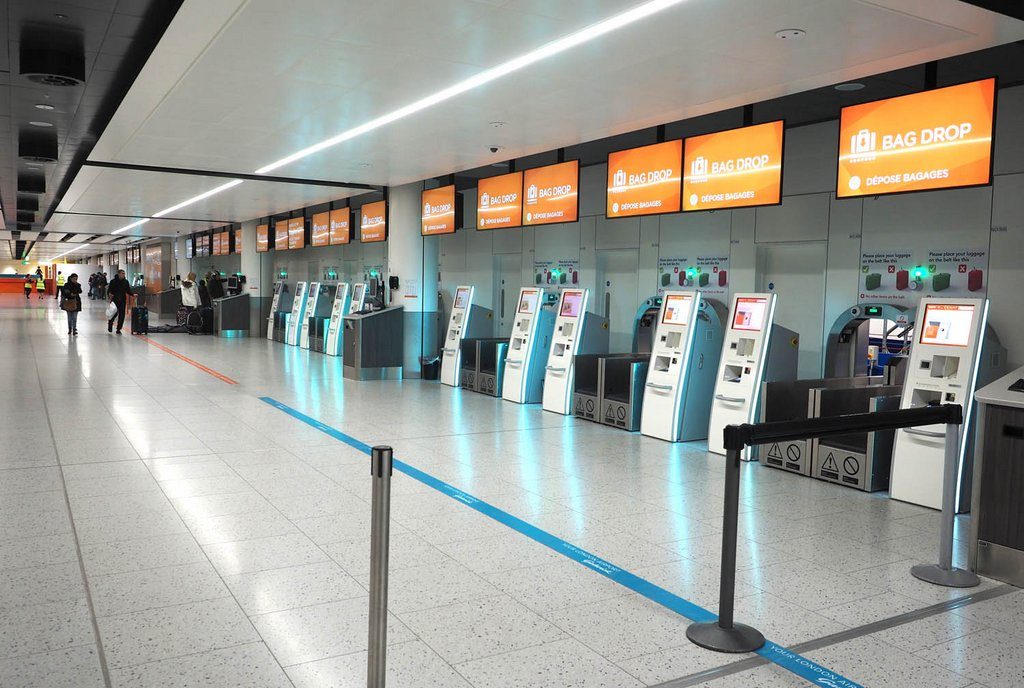 The World’s largest automated passenger baggage drop is to be found at Gatwick’s North Terminal and is currently being used by easyJet.

In the South Terminal, members were taken ‘backstage’ to see the new automated bag handling system and its “Luggage Hotel” which allows passengers to check-in their bags up to three days before flying, depending on your airline. 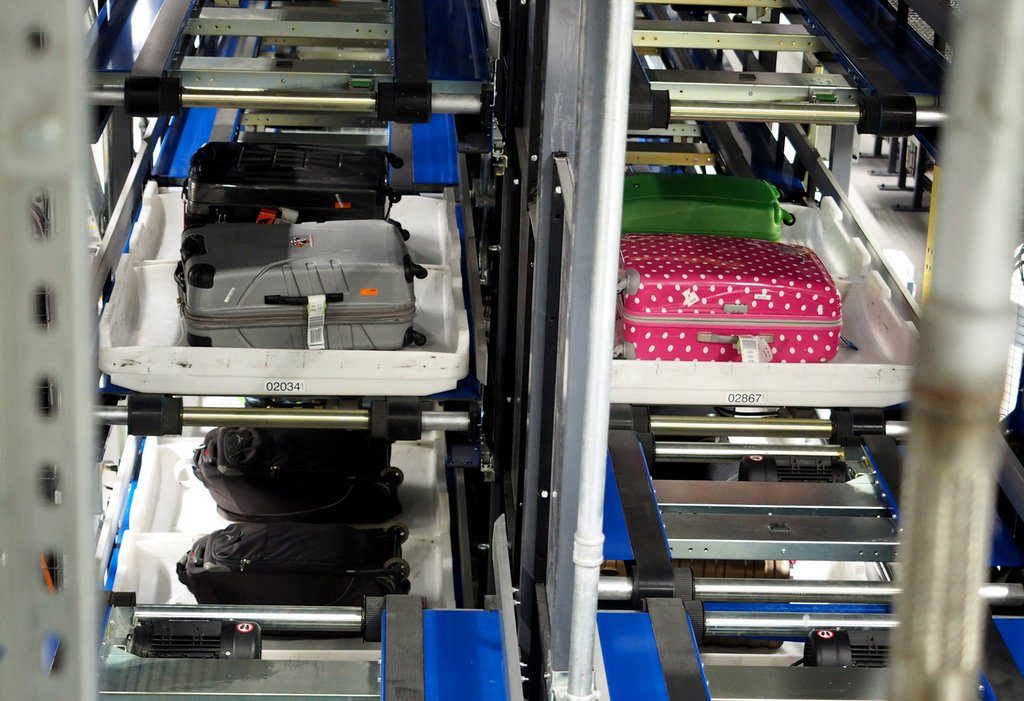 A huge behind the scenes automated passenger baggage handling system at Gatwick’s South Terminal dealing with bags that can be checked in and stored for up to three days in advance of a flight in their unique ‘Baggage Hotel’ !

The automated bag handling system below and behind South Terminal is highly efficient and and can handle up to 4,250 bags an hour – double the maximum load on a busy peak day in August. When it is not busy, the system becomes environmentally friendly, with most of the handling belts switching off until a luggage item is on it.

Here suitcases and bags of all sizes and shapes are dealt with only the minimum of human interaction, but there are some items it doesn’t like: oversized bags that an over-eager check-in agent has allowed them through (there are over-length and over-height detectors that should pick them out) and bags with long dangly straps like rucksacks can sometimes interfere with the label scanners trying to identify them. 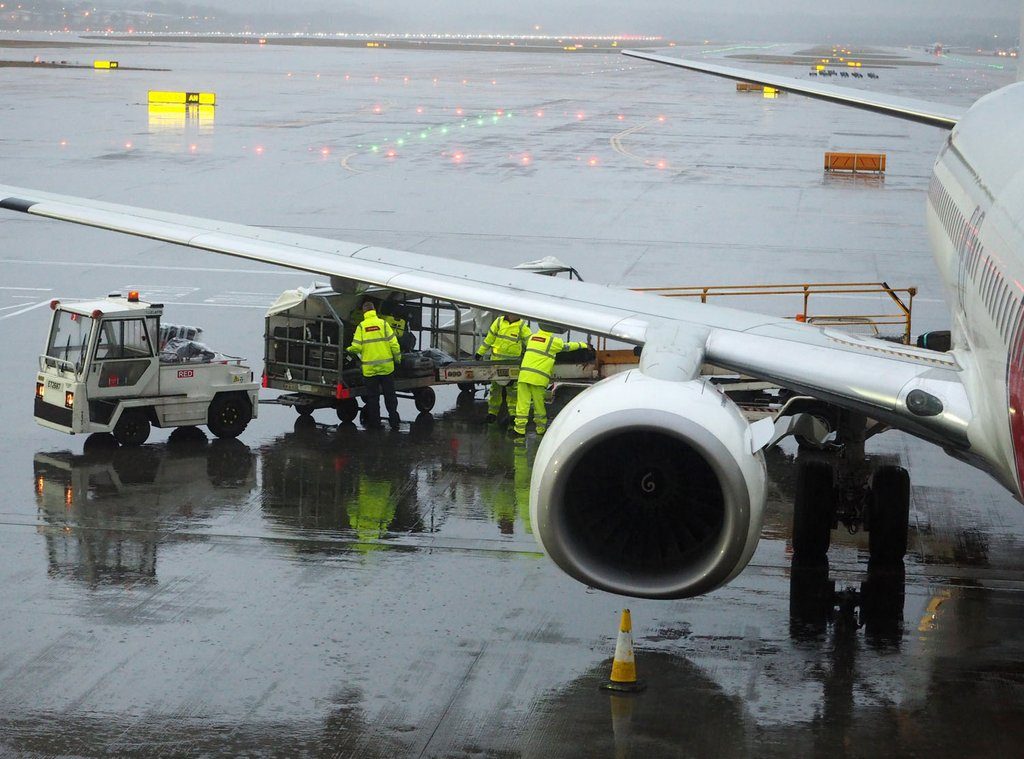 Passenger baggage loading onto a plane at Gatwick’s SouthTerminal.

The special visit to Gatwick was organised by me, Geoff Moore. The participants were John Bell, Alastair McKenzie, Kirsten Henton, Paul Scudamore and Richard Dawood. Many thanks to the staff at Gatwick who helped arrange the visit and show us around.