Whatever your motive for going to Amsterdam – diamonds, Dutch masterpieces or ladies in red-lit windows – spare some time for the cultural hot spots.

The alternative arts scene is booming, the Van Gogh Museum has seen a radical redesign, the Stedelijk Modern museum has almost doubled in size and the gleaming EYE Museum, luring film buffs across the River IJ, has become a modern icon of the city. The opening in November 2014 of the Philips Wing marked the final stage of restoration of the famous Rijksmuseum which reopened to rapturous acclaim in 2013 after a decade-long restoration. 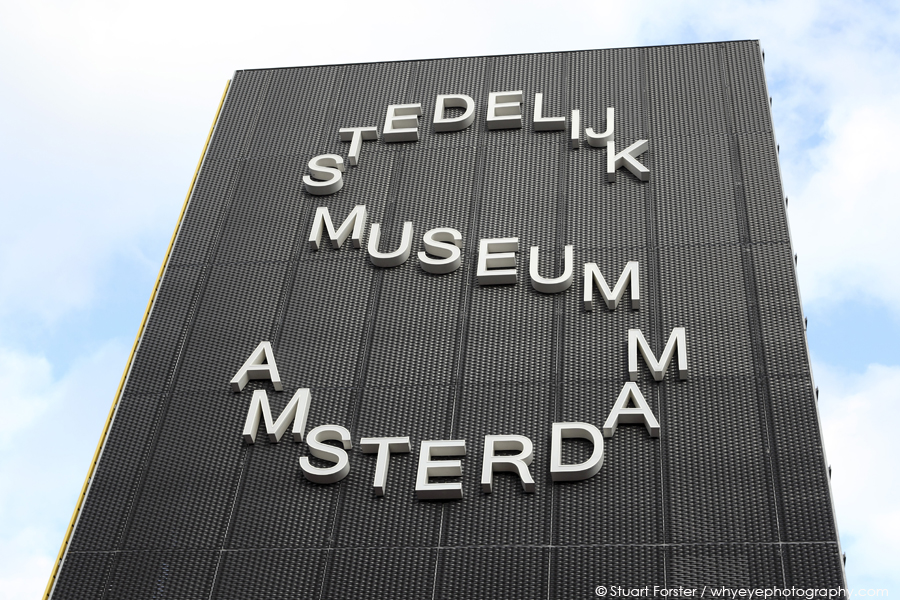 The sleek EYE film museum sits conspicuously on the northern banks of the River IJ, looking like a shiny white spaceship. Free ferries packed with cyclists cross every few minutes from Central Station to Amsterdam Noord, formerly a no-go area but fast becoming a city hotspot.

An international hub of film culture, EYE has a collection of over 40,000 films spanning the entire history of film, along with four cinemas for new releases. Visitors can watch movies free of charge in the digital basement booths and enjoy wonderful river views from the panoramic café. 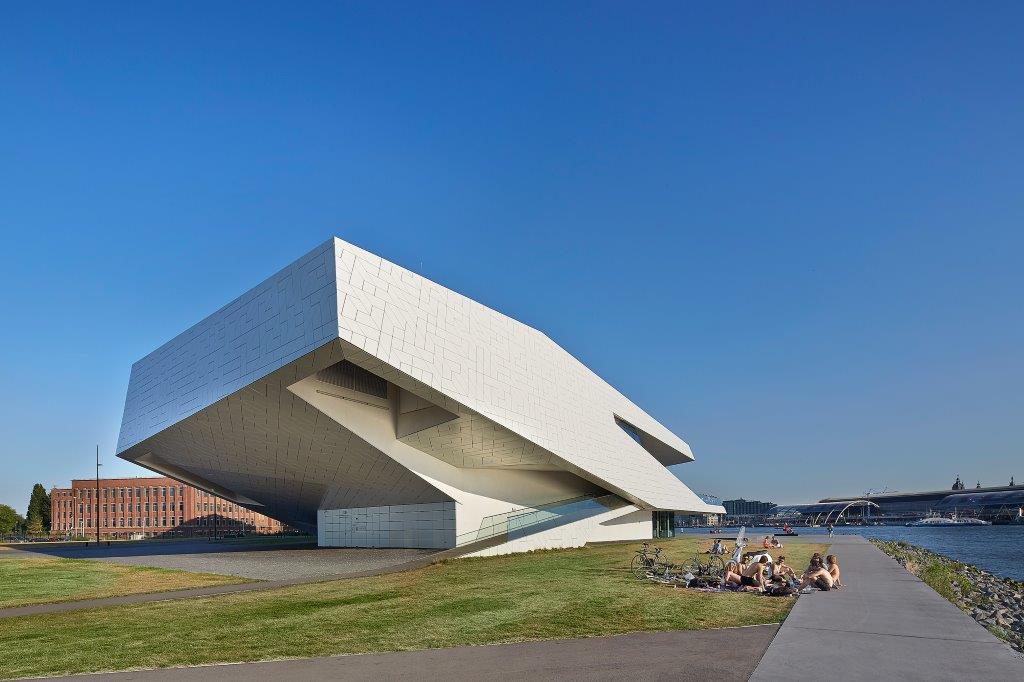 For cutting-edge photography head for FOAM (Keizersgracht 609). The centuries-old canal house retains its facade but inside all is bright, white and modern. With around 10 exhibitions a year, FOAM serves as a stage for young and innovative talent as well as established photographers. Going west along the same canal, the Huis Marseille Museum of Photography (Keizersgracht 401) is not as famous or hip as FOAM, but it’s just as enjoyable, with an intimate feel and a gorgeous little garden at the back.

A must-visit for budding collectors and first-time buyers, the Unseen Photo Fair is an exciting international photography fair held in September at the monumental Westergasfabriek, a former gasworks converted to an arts venue. The fair focuses on undiscovered talent and the unseen work of established photographers. Prices range from €10 to €1,000.

The Philips Wing of the Rijksmuseum celebrated its reopening in November 2014 with a first ever exhibition of images from the Rijksmuseum’s collection of 20th century photography. The must-see main Rijksmuseum, which has undergone a spectacular transformation, now has a spacious light-flooded atrium and stunning new galleries. 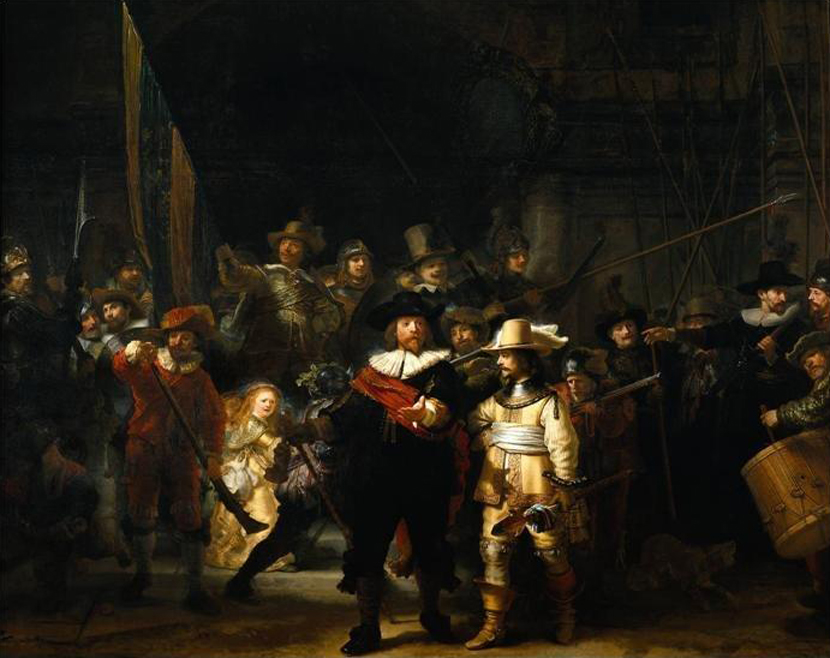 The Night Watch by Rembrandt – Photo courtesy of the Rijksmuseum.

Pride of place goes to the Gallery of Honour, hung with the jewels of the Dutch Golden Age when the Netherlands was the power of the world. Rembrandt’s famous Night Watch, the Rijksmuseum’s pièce de résistance, was the only work of art to remain in situ after restoration.

You have two years and probably more to get to the spectacular new exhibition, Portrait Gallery of the Golden Age, at the Hermitage Amsterdam (Amstel 51). If as successful as expected, the show will run to five years and possibly become permanent. 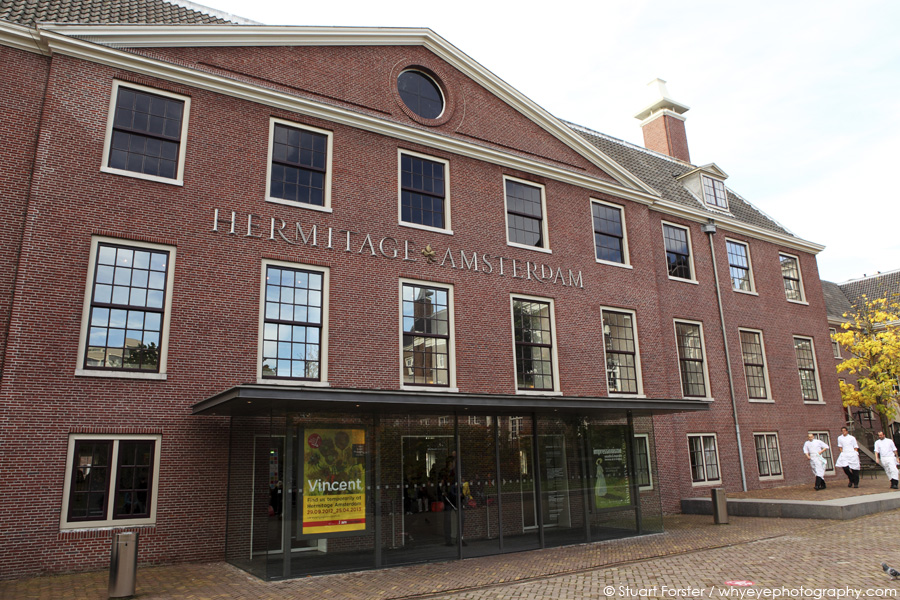 The exhibits are huge and spectacular group portraits which are rarely seen because of their size – some had to be lowered through the roof of the Hermitage. The exhibition explores cultural achievements, such as egalitarianism and liberty, and draws a parallel between the 17th century Republic and the Netherlands of today.

It’s an era where you might expect all the big shots to be males, but some of the group portraits here show that the boards of charities were by no means comprised exclusively of men. Women’s lib in the Golden Age? At least for wealthy patricians.

More science than art but, according to its Director ‘a visit will forever change the way you see the world’. Micropia is the world’s first microbe ‘zoo’.

Fascinating, fun and educational, the museum shows how these tiny creatures (of which each of us has over 100,000 billion) are essential for our survival and will play an increasingly important role in the planet’s future. A somewhat scary microbe scanner will instantly show you where microbes are living on your body. Zoom in and the scanner magnifies the microbes revealing, perhaps, tiny mites that live at the root of eyelashes (about 30 per cent of us have them). Visitors bold enough to step on to the kiss-o-meter with a partner can see how many microbes are exchanged during a kiss.

Micropia occupies one of the many renovated listed buildings in the former Plantage gardens. Combine it with Artis Royal Zoo and the lovely light-filled Café de Plantage, both on the same site.

It’s not just museums which are seeing change in Amsterdam. Former derelict quarters of the city are becoming hip enclaves, luxury and quirky hotels are opening, while new and ever-improving restaurants provide a culinary journey around the world.

About the author – Susie Boulton

Susie Boulton is author to 25 guidebooks on European destinations and a contributor to numerous others. She first went to Amsterdam as a history of art graduate to write on museums for the Insight City Guide to Amsterdam. She has been back numerous times since, both for work and pleasure. 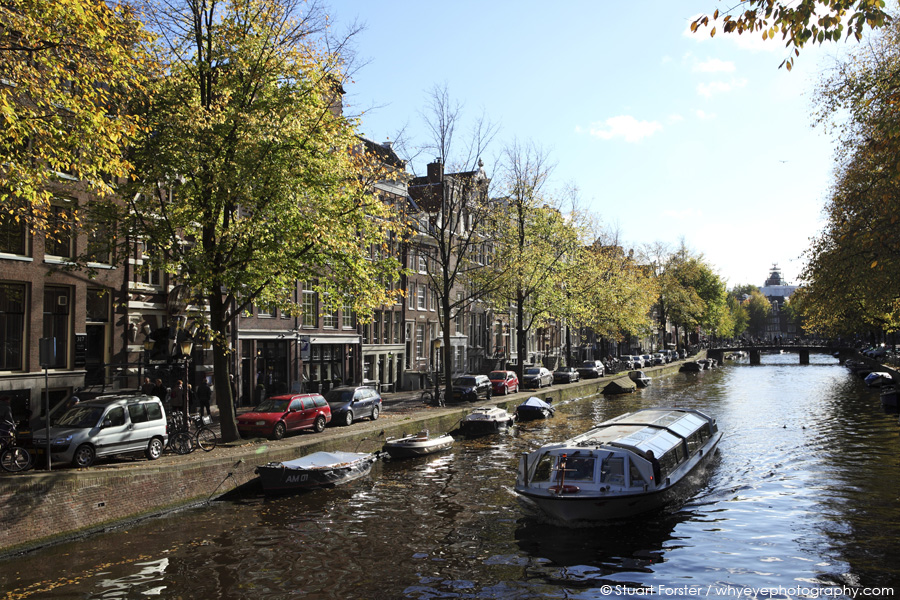