Hermione, faithful replica of a French frigate that took part in the American revolution, is now open as a floating museum on the Charente following her foray across the Atlantic to visit ports on the eastern seaboard of the US and Canada. Janine Marsh watched her leave on that epic voyage: 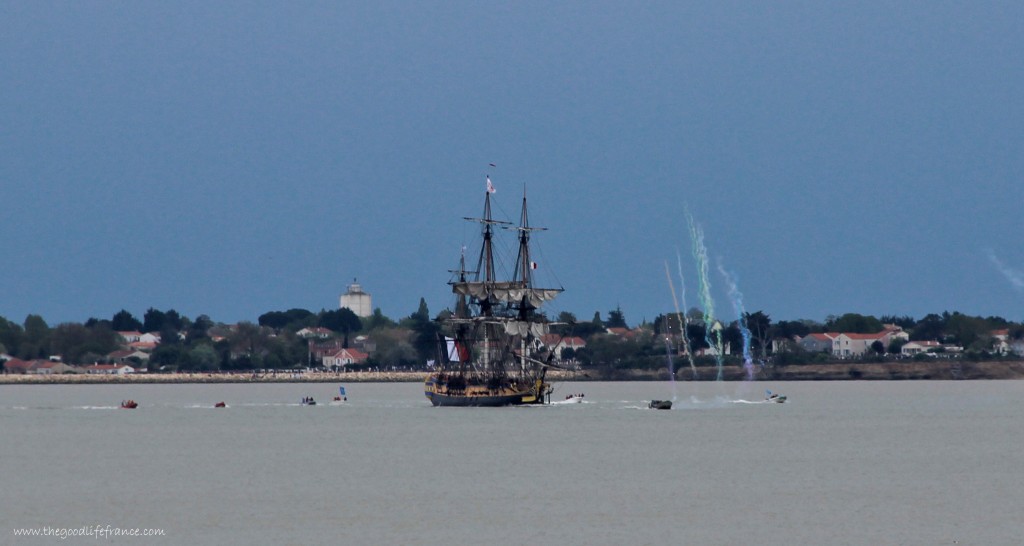 Every now and again, someone comes up with an idea that catches the attention and fires the imagination. Hermione is just that – a ghost from the past which is capturing hearts and minds in the present.

In May 2015 I was lucky enough to be in La Rochelle, Charente-Maritime when the three masted frigate Hermione set off for America. She was following in the wake of a ship which sailed more than 235 years ago on the same journey but on that occasion it was a rather more serious matter. The original Hermione was carrying French General Lafayette and good news for General George Washington. The King of France, Louis XVI had agreed to support America in the War of Independence with men and arms.

Hermione took part in the fighting and France’s decision to support the enemy of their old foe the British is seen as critical to America’s eventual victory. All over the US there are streets and buildings named after Lafayette.

The sailing of today’s Hermione, an exact replica of the earlier ship’s sister Concorde which was captured by the British and whose plans reside in British archives, was a much happier affair.

I had been invited to meet the crew, almost all volunteers, who were to steer her across the Atlantic. It was misty and a little chilly as we made an early start from Rochefort to take the ferry to the beautiful little island of Aix, where we would be transferred to the dinghies that would take us out to Hermione. Alas, the best laid plans of mice and men – President Hollande decided to visit as well and for security reasons, we journalists were bumped off. C’est la vie…

But there was consolation. As we took the ferry across the bay to Aix, Hermione loomed out of the mist near the legendary Fort Boyard. She looked like a ghost ship from the past and in a way that’s just what she is. Every detail has been meticulously studied in the creation of this incredible lady, from the casting of the cannons to the stitching of the sails. She was eighteen years in the making, a project largely funded by ticket sales to watch her progress and a generous donation from the American public. Hermione is the most authentic 18th Century ship to have been built since… well, the 18th Century. 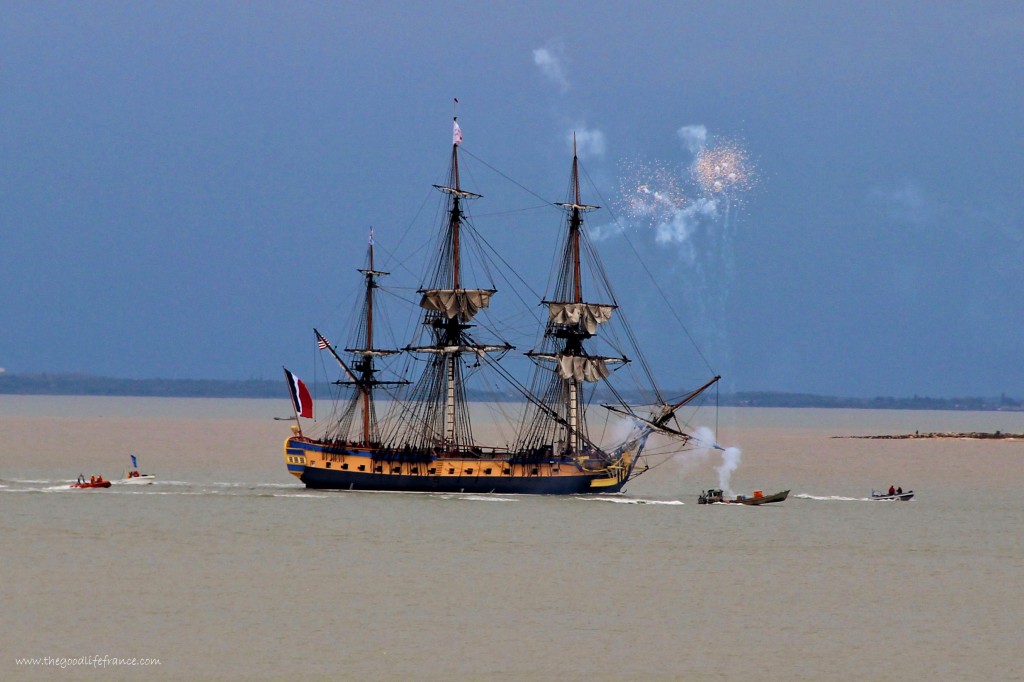 On a sunny afternoon, sitting on a grassy knoll on the Ile d’Aix, the sun shining, the blue sea sparkling, surrounded by excited well wishers, Hermione fired her cannons and set off. She sailed up and down the Charente River, cheered and clapped by everyone who saw her. She finally returned to Fouras where we had gone to see her sail by. We watched mesmerised as fireworks went off all around her and cannons fired again and she went on her way… next stop Yorktown (June 2015) where the last major land battle of the American Revolution took place.

Janine Marsh is editor of www.thegoodlifefrance.com

How to get there: La Rochelle Airport has great connections to several airports; La Rochelle train station is served by fast trains, from Paris the journey takes approx 3.5 hours and 7.5 hours from London (details: uk.voyages-sncf.com) 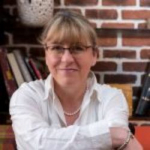