Ghosts of Baltic holidays past 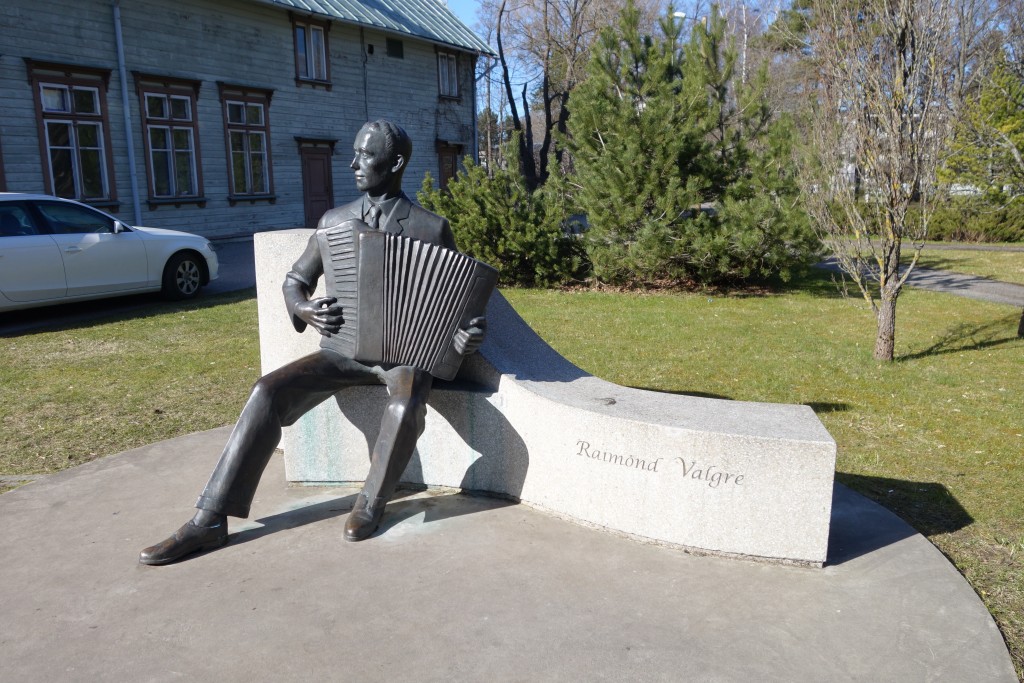 Roger Bray feels the passage of history on Estonia’s coast

The Baltic resort of Pärnu is an eccentric place in which to sense the ghosts of Europe’s tortured twentieth century. But it was easy, strolling on a chilly April afternoon by its wind whipped sand dunes, to imagine the careless laughter of parents and children whose lives would be ripped apart by war and political dogma. 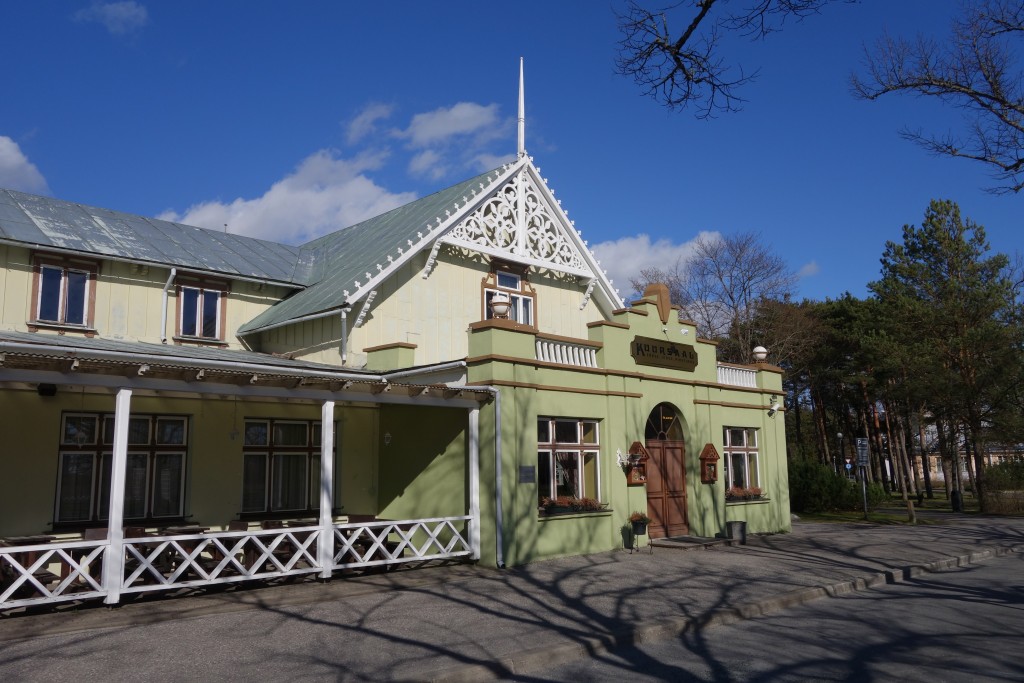 Did they feel the least shiver of foreboding, the German estate owners and Tsarist Russians who flocked to this elegant Estonian spa town on the eve of the Great War. Did they have any intimation of what was to come as they took the local mud cure, bathed in the warm waters of a gently shelving sea and partied the long, light summer evenings away at the Kuursaal?

What of the Estonians who came in the 1930s, while their country enjoyed its first brief spell of independence. Did they have any inkling that brothers might fight on different sides as German and Soviet forces clashed, or that some of them might die in Siberian gulags?

Among them was the multi talented Raimond Valgre, whose statue sits near the Kuursaal. As I approached it one of his compositions, a slightly melancholy tango, played from a hidden speaker. Doubtless he entertained his many devotees with that same tune in Pärnu during those few golden years, a matinee idol, to use an outdated but perfect description, slim and with swept back blonde hair. A mere ten years later he had fought in the Red Army and had become and alcoholic as a result. The Soviet authorities had banned his music and he had died, officially in an accident, at the age of 36.

What would Valgre have made of Pärnu after the war, when a statue of Stalin stood outside the neo-Palladian entrance to the Mud Baths and workers from the Soviet paradise paid for access with vouchers from their trade unions? At least he was spared the deportations suffered, one can only assume, by many of those who danced to his tunes.

Since the fraught days of 1991, when the Soviet bloc broke up and Estonia became independent again, Pärnu has recovered much of its old sparkle. In the summer peak its glaring white sands are crowded. There are cultural events and watersports. The wide, tree lined boulevards are busy with expensive cars. There is widely available free Wi-Fi. 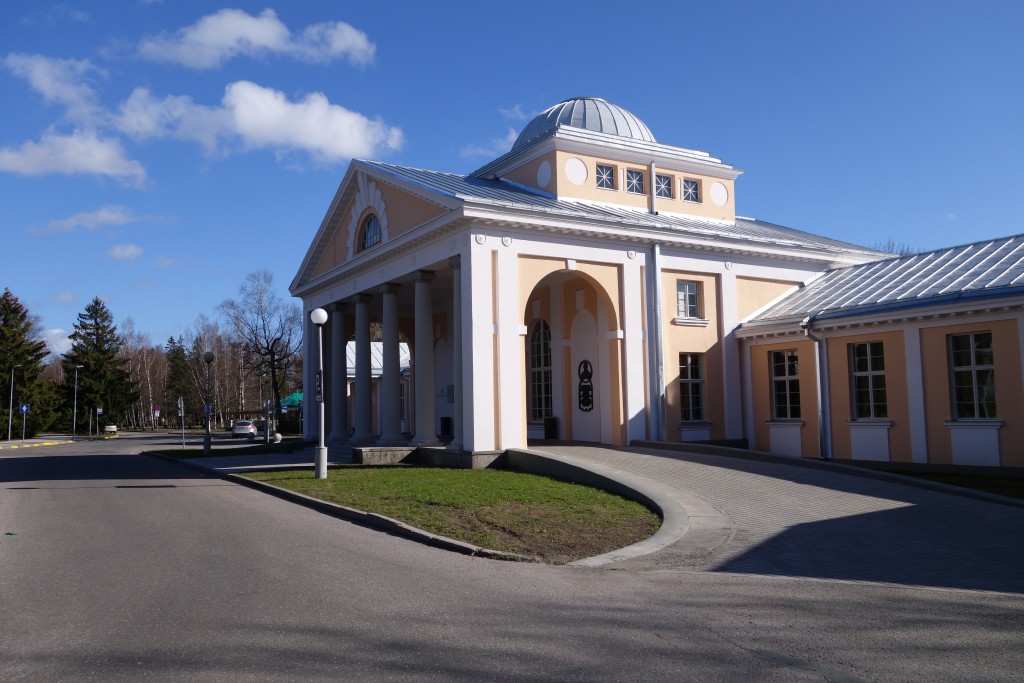 The Mud Baths, which had fallen into disrepair, have been restored (Stalin’s statue is long gone) and a boutique spa installed, with numerous pools, rooms and treatments on offer. Behind it, overlooking the sea, a smart new hotel called the Hedon has been built, its form reflecting a wave. In the bar at night, young women attending a conference perched on high altitude heels. The hotel’s chef, Herkki Ruubel, a young tiger of 28, worked under Gordon Ramsey, but the price of his dishes, such as boar with celery and juniper sauce for around £14, are modest.

With colleagues from the Guild I dined at the Café Mahednik, which claims to be the first in Pärnu to serve organic food. A selection of delicious starters, for example, included goat cheese with rowanberry jam and salmon marinated in lime juice and beech vodka.

Some things haven’t changed. In the 19th century men and women bathed from piers a mile apart. In 1904 guests were encouraged to feel the sun and sea air on their naked flesh. There is still a women only beach, and by the boardwalk leading to it stands a sign, which warns: “Attention. There may be nude people in the area”.

One evening we took a ghost tour with the enthusiastic performance artist Barbara Lehtna. She took us to sites such as Seegi Maja, an ancient almshouse which became a hospital in the 17th century and where, she says young women who work in the restaurant it now houses play paper, scissors and stone to see who must feel the chill of an unseen hand gripping her ankle in a dark cellar.

The story prompted thoughts of amputations with only strong drink for an anaesthetic. In a town where ghosts seem ever present I almost believed it.

How: Pärnu is about 90 minutes by car to the south of Tallinn, the Estonian capital. We stayed at the lovely boutique Hotel Frost, where a superior room costs €75-110 (about £50 – £75) in low season or €110 – 160 in high season. A copious breakfast is €12 a head.We also stayed at the Hedon Hotel, where the price of a standard double room in early June, for example, starts at €111. Our guide on this visit was Guild member Neil Taylor, whose fine guide to Estonia has just been published in a new edition by Bradt (£16.99).