It is a crisp, cold day and the sun is glistening off fields blanketed with fallen snow. About an hour’s drive from Weimar, and after a sodden winter in the UK, it is magical travelling under piercing blue skies with stinging, fresh air hurting my lungs. This pain is good. Writes Lynn Houghton. 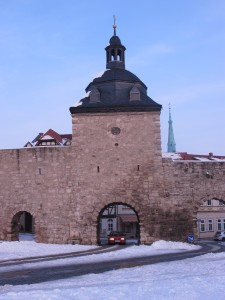 We are on our way to an ancient Thüringen forest in Central Germany – between Mühlhausen, Bad Langensalza and the Wartburg city of Eisenach. It was a Soviet military base in the not so distant past. After WWII, Stalin’s Red Army gained control of Eastern Germany which became the German Democratic Republic. This enormous beech tree forest, and its peripheries, were used for military exercises with barracks and administrative buildings scattered around its perimeter.

It was a ‘no-go zone’ for anyone other than the Russian army. This 7,500 hectare forest is now the Hainich National Park. It is probably as near to primeval forest as you can find in Europe and, when it became a nature park in 1996, much of it had been barely impacted by humans for fifty years. This has allowed nature to return and flourish.

Besides the dominant beech trees there are 30 other species of deciduous trees, all competing for their place in the forest.  Wild cats, middle spotted woodpeckers and 15 types of bats are among the 49 wildlife species residing here. 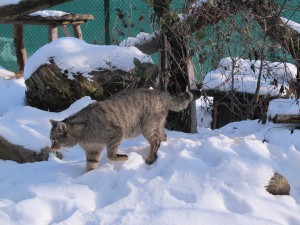 But the piece de resistance in Hainich Nature Park is the remarkable Canopy Walk. The top of is 42m high and the vista extends for miles. We are very lucky as the park’s director, Manfred Großmann and his team have opened the attraction for us to experience. At every level, as you walk up, there are ‘arms’ of walkways that extend out into the forest. In the winter, with the entire forest covered in snow and ice crystals, it is inspirational. The views…stunning.

We also visitthe Wild Cat Village in Hütscheroda which opened in April 2012. This centre is so popular, particularly with domestic tourists, that there have been 55,000 visitors in two years. The information centre offers brochures, a cinema and also features exhibits. It is also associated with an ambitious project to create ‘Green Corridors’ that connect forests in Germany and even other countries so wild creatures have more freedom to roam. 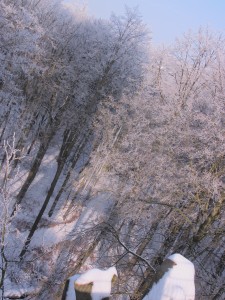 The enclosure for the captive wild cats (about 1/4 mile walk from the information centre) houses four males: Toco and Carlo from Germany and Franz and Tosca from Switzerland. As these cats are being fed, they can never be returned to the wild. The keeper skins the mice to make it easier for the cats to eat, thus coining the term ‘Naked Mouse’.

In the afternoon we visit a very old medieval walled city. Mühlhausen is famous for its two market squares, each with imposing churches – St Blaise (Divi Blasii) and St. Mary’s. Mühlhausen was also famous for being the epicentre of the Peasant Uprising of 1523 to 1525. Supported by Martin Luther’s right hand man, Thomas Müntzer, a resident of Mühlhausen, many of the peasants’ demands were ideologically similar with changes which occurred during the Reformation.

The organist of St Blaise gives a recital on an instrument inspired by the one played by JS Bach in this very church. It is unfortunate that I need a blanket to cope with the bitter cold. But even as the sun slips away and the temperature drops the fascination of the place takes my mind off the cold. The town’s City Hall, built circa 1300, proves breathtaking. It houses a late Gothic mural depicting the town’s first council and the archives, in the basement of the building since 1615, not only include daily correspondence relating to the town’s affairs from 1382 but the oldest book written in German, a law book from 1213.

See www.visit-thuringia.com for more information about the region. 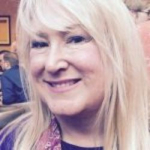