Estonia, it seemed to me during a recent visit, must have more museums per head of population than any other country in the world.  They range from collections of samovars to state of the art national museums. Writes Valery Collins.

Estonia is on the cutting edge when it comes to technologies but old-fashioned interactions still bring museum visits to life.

Diminutive and sparky, Merit was my guide at the Police Museum in Rakvere. This museum has a series of themed rooms raising visitor awareness of police work and potentially dangerous situations. A lot of the exhibits were self-explanatory but Merit, who spoke good English, brought the place alive as she whacked people in flak jackets and encouraged others to practice picking pockets. It’s a fun place to visit. 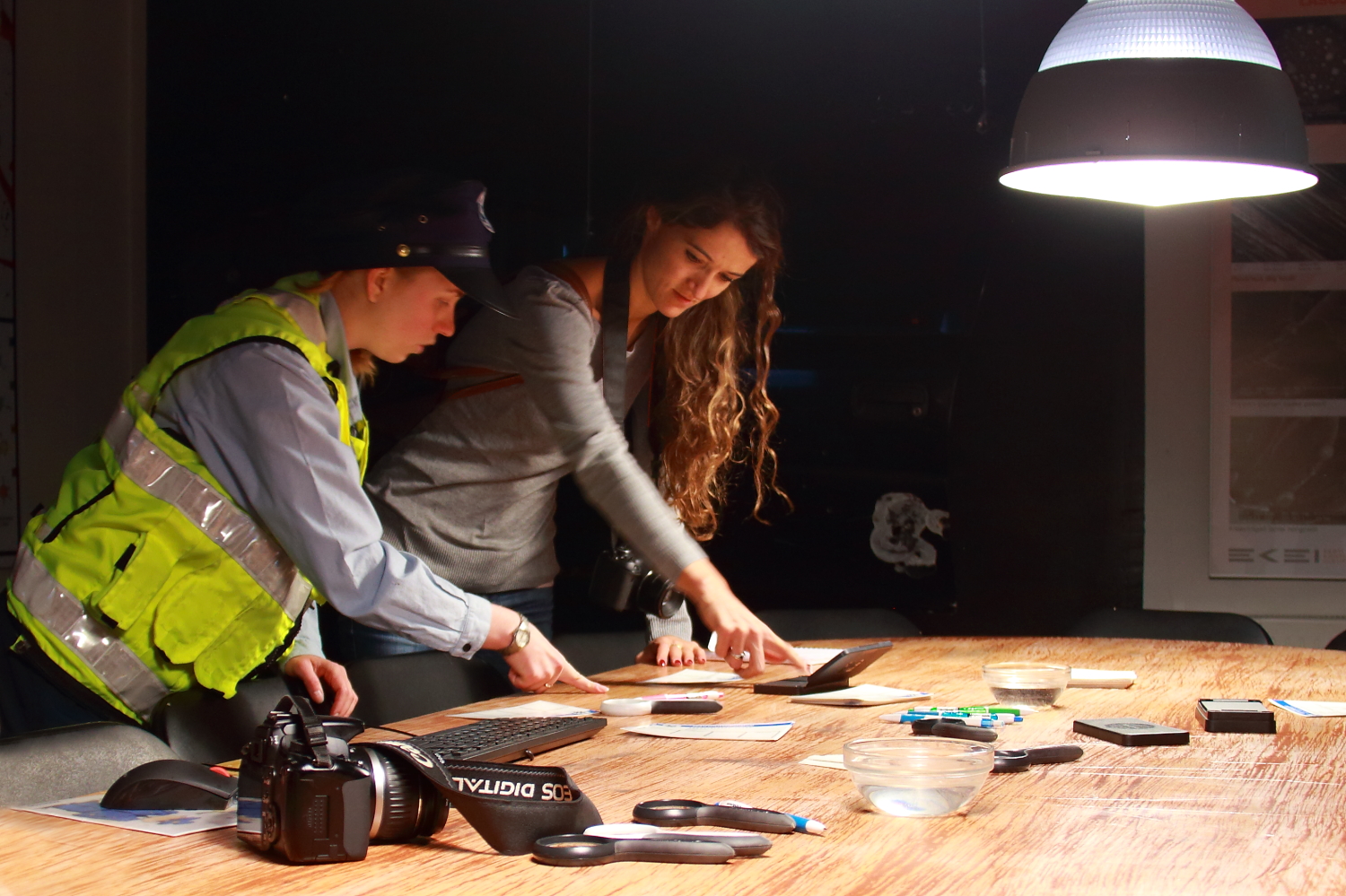 English is not widely spoken in the museums around Lake Peipus.  With the help of Kristina, my local guide, I learnt about icons at the Icon Centre in Raja and the traditional method of making tea at the Samovar Museum in Tiheda. The lady in charge proudly told announced that the most valuable samovar dates from 1810 and is worth the price of a new BMW. Did she really know the price of the car? I wondered

Indrex, an enthusiastic post-graduate student was our guide at the University of Tartu Observatory. His explanations and dry sense of humour brought to life a subject that would not usually interest me. Research carried out in this observatory has changed our understanding of our planet and the universe. The Struve Geodetic Arc, listed by UNESCO, has been of importance to the development of cartography.  The old observatory is still open to astronomers, who can check its Facebook page to find out if conditions favour a night visit. 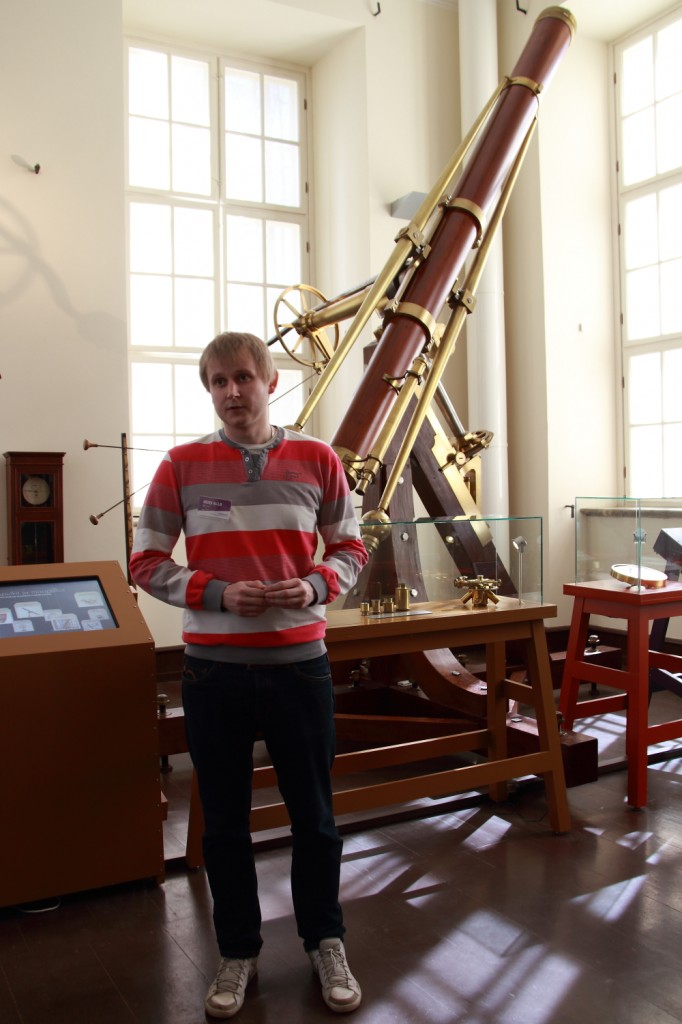 My trip down memory lane in the Toy Museum was enhanced by the surroundings, two of the oldest wooden buildings in Tartu.  Toys tell their own story in any language but Marg, my English-speaking guide elaborated, explaining that the toy making industry flourished during the Soviet era. The façade of the main building has been restored and the theatre’s basement has been excavated to reveal a hypocaust (underground heating system) that was abandoned in the sixteenth century. 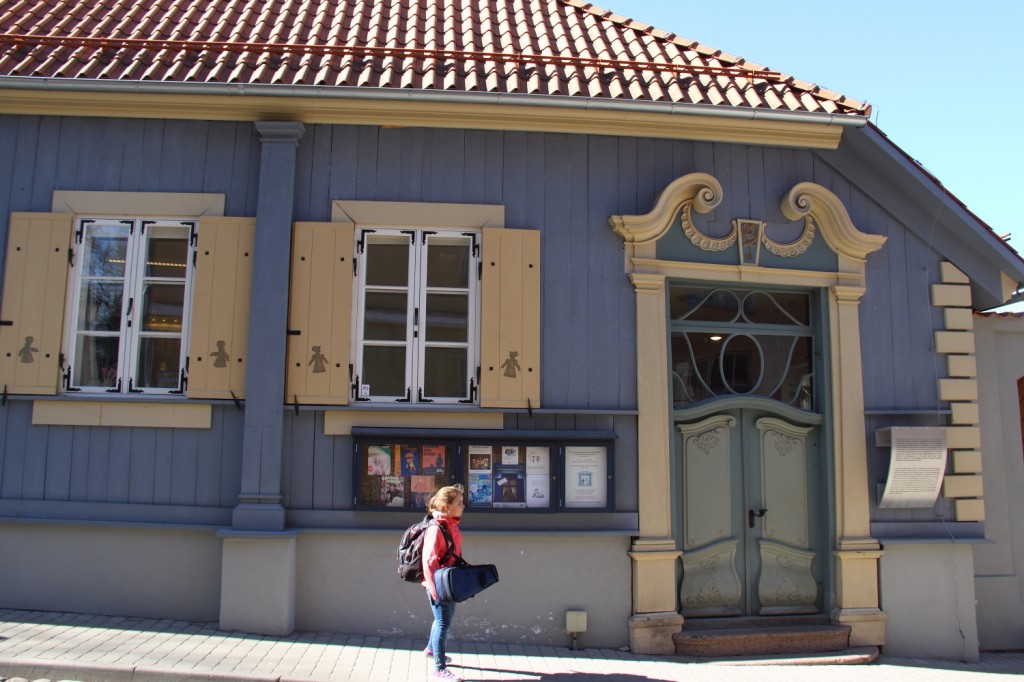 The Estonian Road Museum in Varbuse is housed in a postal station constructed in 1863. They once contained stables for 33 horses. Neidi guided me round a cleverly arranged display showing the development of the road and told an anecdote about the first fatality involving a car in Estonia. Across the road we wandered through displays of road signs and a collection of old vehicles, including a car and a van made by Estonians who got fed up with waiting for permission to purchase their own car during the Soviet era. Visitors can rent a tablet that has information in English. 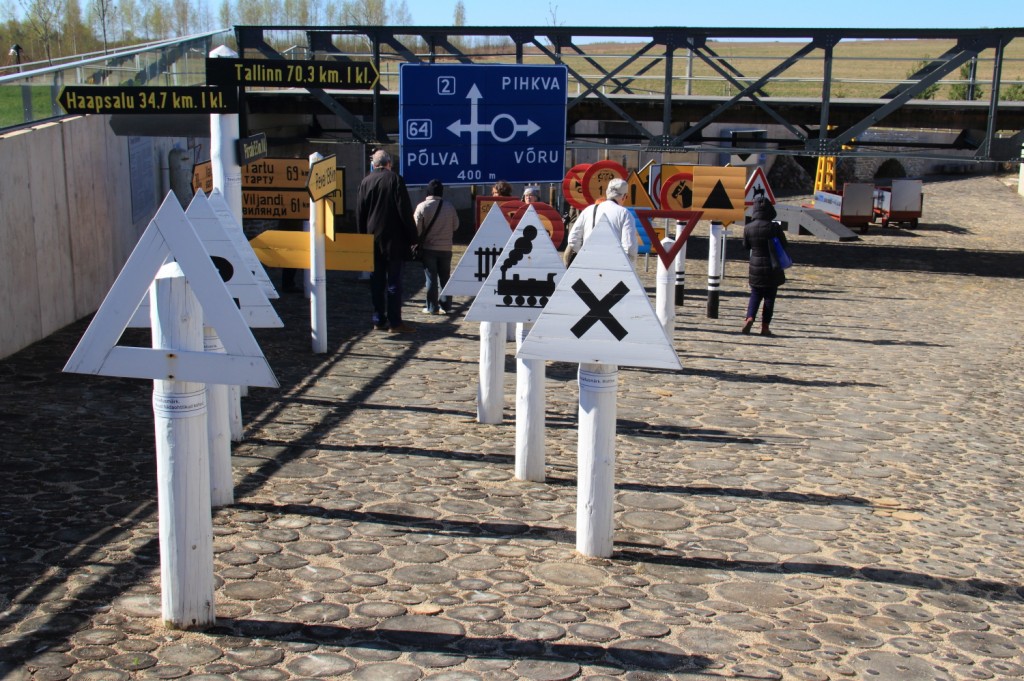 At the Kondas Centre Gregor, the curator, introduced the concept of naïve art. Works by the Estonian artist Paul Kondas are displayed, including Strawberry Eaters, his most famous painting. This painting shows a row of women tempted by forbidden fruit, represented by strawberries, and a row of worried looking men behind them. The museum is housed in an old Lutheran church close to castle ruins in the town of Viljandi. 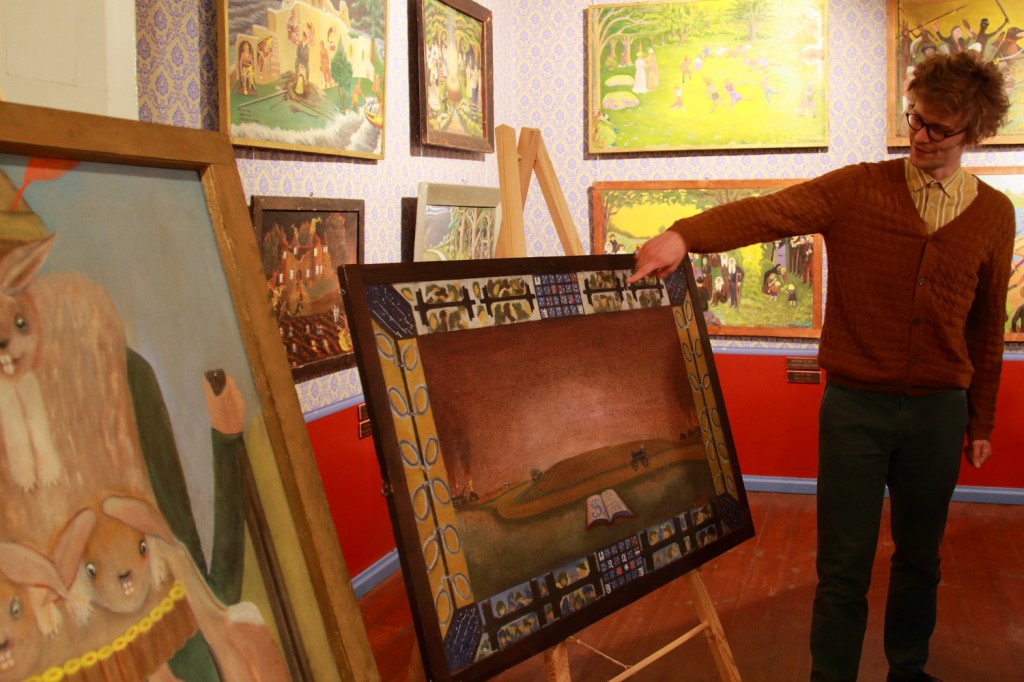 The re-constructed tower on Vallimäe Hill in Paide is now home to the Wittenstein Time Centre. An elevator rolls back the centuries like a time machine, with displays from different eras – including the days of knights, kings and tsars plus the first Estonian republic – over eight floors. Kadra was my guide for my journey through time. We met Liilia, a food expert, who glowed with enthusiasm and cooked a tasty medieval lunch. 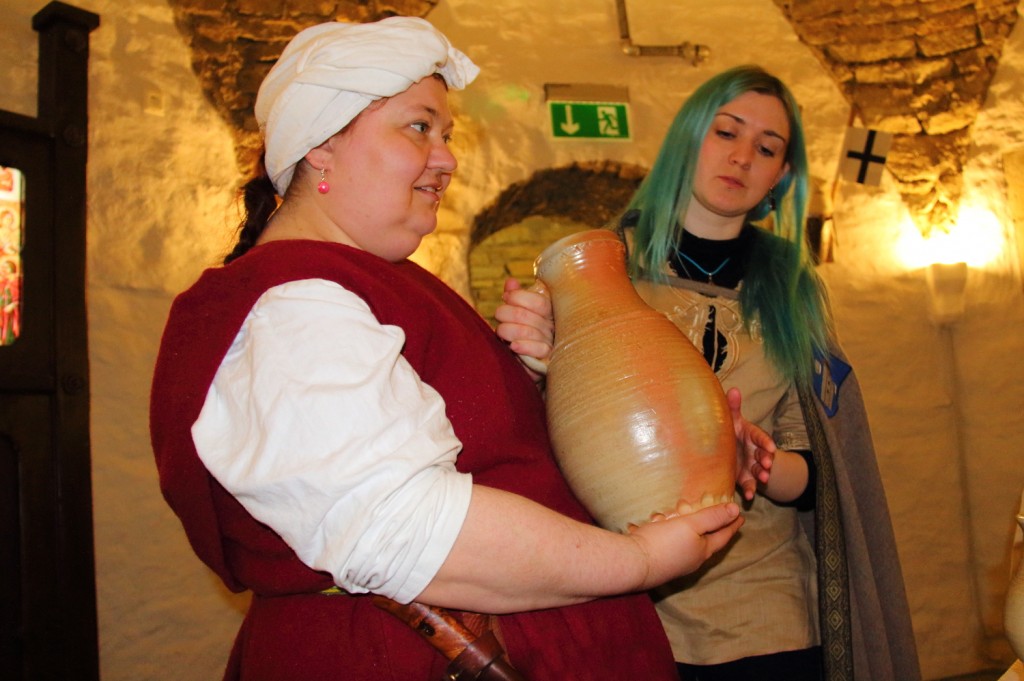 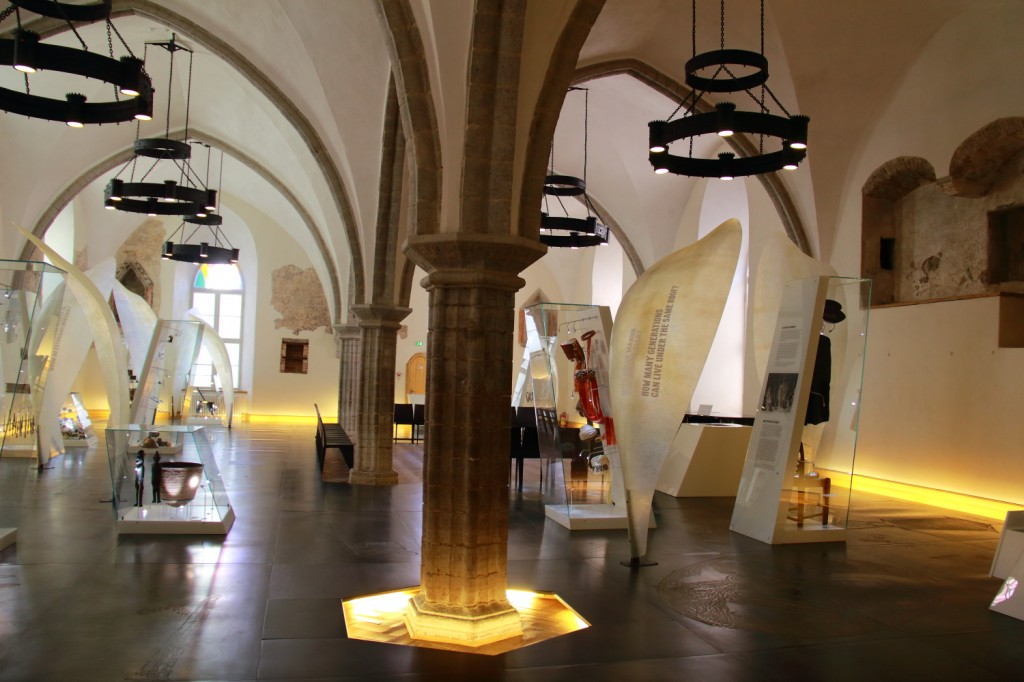 The Seaplane Harbour museum is interactive. Touch screens provide explanations of each exhibit and it is possible have information emailed to you. The highlight of my visit was a tour round the submarine Lembit by Teeler, a confident young lady who spoke perfect English. 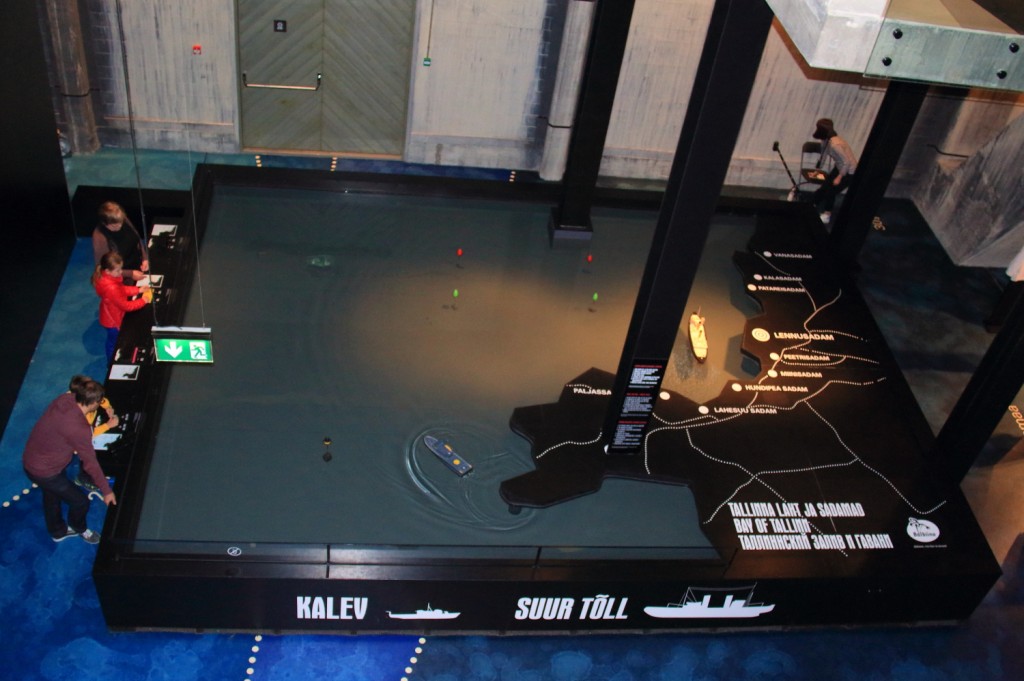 The Sokos Hotel Viru in Tallinn takes a very different approach. Maire, an actress, played the role of a hotel worker during the Soviet regime, divulging the secrets of Floor 23, formerly used by the KGB as a communications centre. Maire described the ‘listening rooms’ set up by the KGB to spy on guests and showed some of their devices. The two hour performance is slick and amusing. 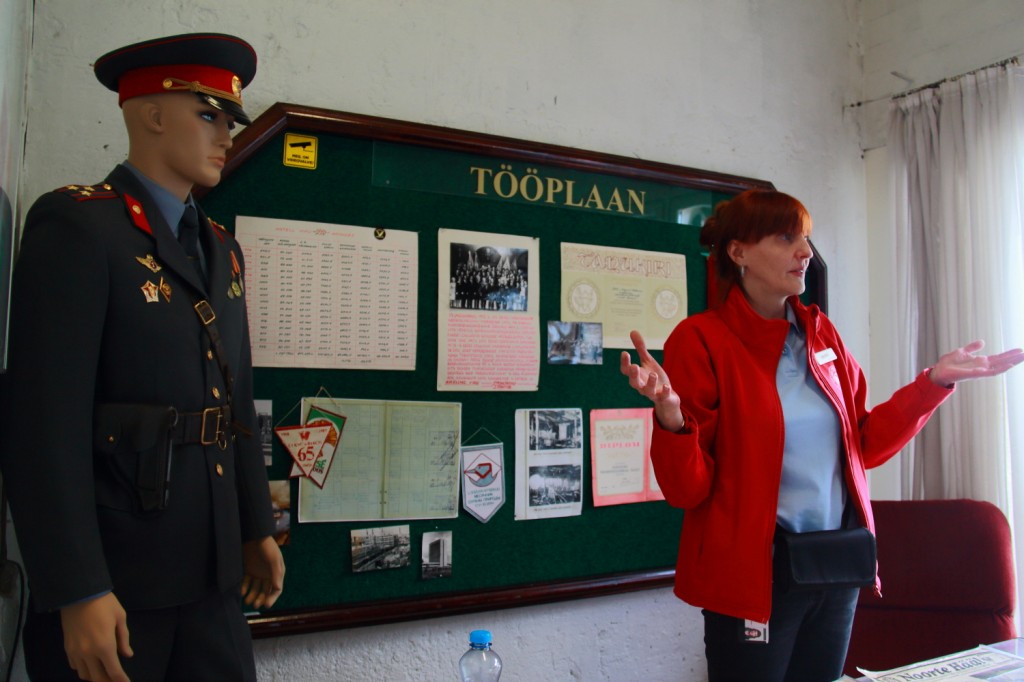 These visits proved that museums can use more than just modern technologies to convey their message effectively and interactivity does not need to take place only on a computer screen.