ROLY SMITH’s new book celebrates the centenary of the US National Park Service, and is a personal journey around over 20 of them, illustrated by top American wilderness photographer David Muench

Thousands of tired, nerve-shaken, over-civilized people are beginning to find out that going to the mountains is going home; that wildness is a necessity; and mountain parks and reservations are useful not only as fountains of timber and irrigating rivers, but as fountains of life.

America’s national parks have become the blueprint for those now found in around 100 countries throughout the world. And the US National Park Service, whose centenary I celebrate in Wild America, became the model on which many other countries have based their own.

The National Park Service Act was signed by President Woodrow Wilson on August 25, 1916. The purpose of this Magna Carta for the outdoors was: “to conserve the scenery and the natural and historic objects and the wild life therein and to provide for the enjoyment of the same in such manner and by such means as will leave them unimpaired for the enjoyment of future generations.”

There are now 59 designated national parks in 27 states of America, from Alaska to Florida – the latest being the volcanic monoliths of The Pinnacles in California’s Coast Range, designated in 2013. The 20,000-strong National Park Service now administers nearly 400 protected sites throughout the country, which are visited by more than 275 million people annually.

Americans are justly proud of these parks, which are often dubbed the best idea that their emerging nation gave to the rest of the world. Even if they can’t get out to experience them themselves first-hand, the mere fact that the gushing geysers of Yellowstone, the bristling pinnacles of Bryce and Zion and the wild Atlantic coast of Acadia exist is still a source of intense national pride.

I believe this rich natural heritage performs the same function in the national identity, culture and psyche of the US, as do the castles, cathedrals, and ancient cities in the nations of the Old World.

If there was one moment when the notion of preserving wilderness in this way became ingrained in the American consciousness, it was in 1903 when President Theodore Roosevelt took time out from his political duties to spend a three night camping trip with John Muir, the Scots born “father” of US national parks, among the granite spires and sequoia groves of Yosemite.

Evidently it was a meeting of minds, and Roosevelt became one of the strongest proponents of the idea, creating five new parks – they included Yosemite three years after his memorable visit – and more than 200 other protected areas during his eight years in office.

I’ve explored many of America’s finest national parks and protected sites over the last 20 years. I’ve greeted the first rays of the sun to reach the US from the bald granite summit of Cadillac Mountain in Acadia National Park, and watched the sun set over the Pacific from the rocky Oregon coast. I’ve been left speechless by the unfathomable depths of the Grand Canyon, the indescribable blueness of Crater Lake and the scenery of Yosemite that so affected Roosevelt. I’ve gazed at a myriad stars from the midnight depths of Bryce Canyon.

But David Muench, my distinguished partner in Wild America, has more far experience than I’ll ever have of America’s wildernesses. He’s been photographing them for over 50 years and is rightly recognised as the doyen of US wilderness photography. As he has written: “Sacred and spiritual, the national parks, with their primal beauty, have focused and transformed my vision into a sense of reality, a kind of super realism that reveals the vital essence of wildness in the American landscape.”

Our personal selection of 21 national parks and protected areas in Wild America does not set out to be a comprehensive guide to the wildest places in the US, otherwise it would have included places like Alaska and Hawaii. It is a personal celebration of places we have visited and of our experiences in them.

Perhaps the last word, as the first, should be left with John Muir:

Climb the mountains and get their good tidings. Nature’s peace will flow into you as sunshine flows into trees. The winds will blow their own freshness into you, and the storms their energy, while cares will drop off like autumn leaves.

Wild America is published simultaneously in the UK and US by Rucksack Readers at £14.99 and $21.95. 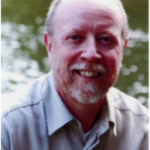