The island of Bonaventure is home to one of the world’s great gannet colonies. Roger Bray went to visit: 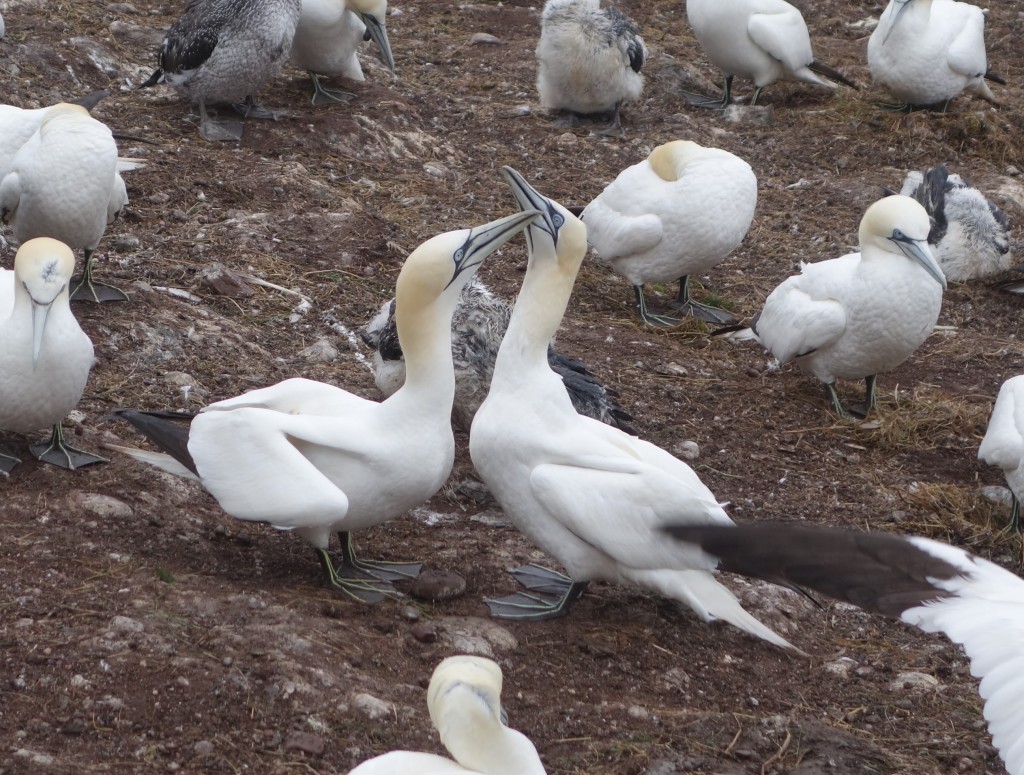 The gannet, to my mind, is the most majestic of seabirds. I have sat watching them through binoculars from a lonely vantage point on Mykines, in the Faroes, mesmerised as they plunged into the Atlantic in pursuit of fish, at speeds up to 100 kilometres per hour. I’ve admired them in flight off Connemara in the west of Ireland, as they soared on wings that can span two metres. But get close to so many gathered in a small space is a privilege that leaves you wide eyed.

The colony in question is on the Ile Bonaventure in the Gulf of St Lawrence, off the coast of Quebec’s Gaspé Peninsula. It is among the largest in the world, with some 50,000 breeding pairs, and the most accessible. They are northern gannets, as opposed to those to be found in the southern hemisphere.

We set out to see them on a rainy morning from the small resort of Percé, so named for the great limestone rock that looms just offshore, pierced by an arch reminiscent of Durdle Door, on Dorset’s Jurassic Coast. It’s framed by the window of our room up the hill from the centre of town, at the excellent Hotel Mirage. The boat takes us past it on a short cruise, then along cliffs where more gannets roost on the rock faces, like veins of chalk. 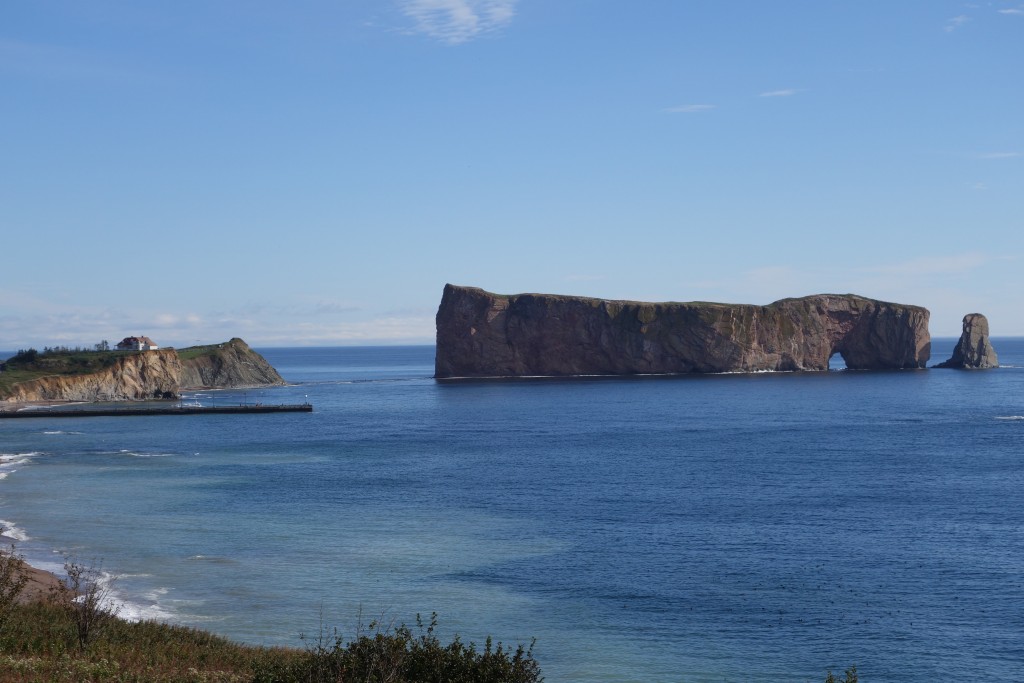 From the quay on Bonaventure – the rock and island form a National Park – there are two routes to the colonies. We take a 2.6 kilometres long footpath with gentle gradients, through forest dominated by balsam fir and spruce. The weather and the boat timetable conspire to ensure we have the gannets to ourselves. Hundreds of them crowd on the shore at sea level. We walk quietly down a grassy slope to a viewing platform and watch pairs preening – gannets are monogamous – a mating ritual in which they caress and smooth one another’s feathers. 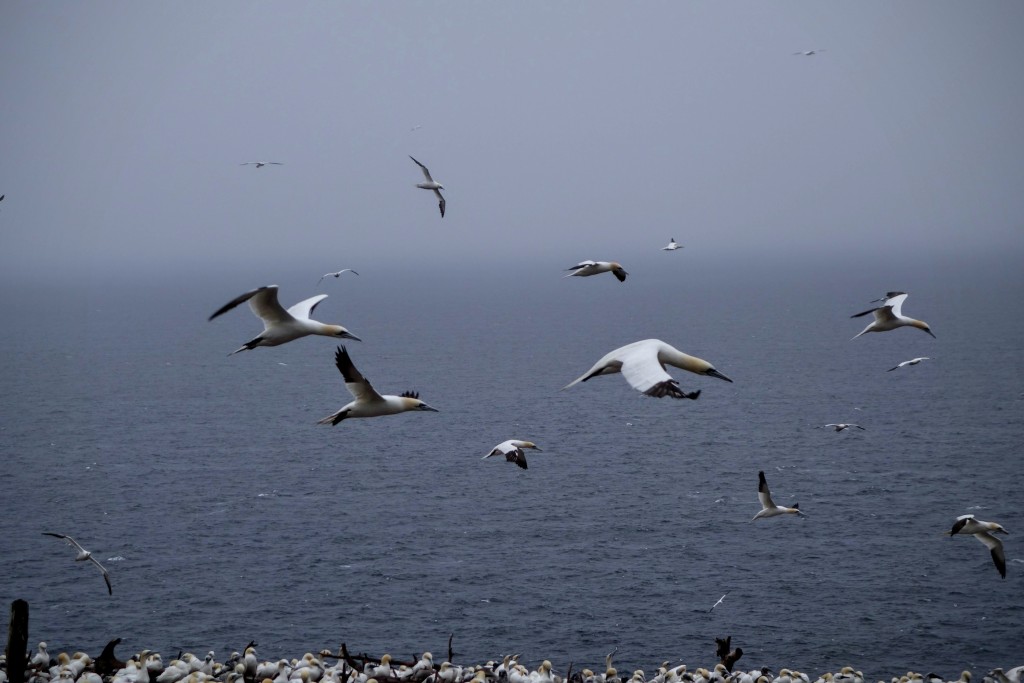 Not long now – we are there in September – and they will head south, their progress dependent on the presence of fish shoals. The adults will winter on the coasts of the Carolinas and Florida. The young will stay two years in the Gulf of Mexico.

Irish immigrants settled the island in the late 18th century. Later a native of Jersey set up a fishery. Residents collected the gannet’s eggs and used the birds’ flesh for bait until the signing of a convention protecting migratory birds was signed by Canada, the US and Mexico in 1916. I can find no record of gannet feathers being exported from there to Europe, where they were once in high demand as the stuffing for mattresses. Some 35 families were evicted in 1971, when the park was established.

We want to walk around the island but the weather has the last word. Two park rangers arrive at the viewing platform to tell us we must head back to the quay much earlier than anticipated, as a worsening swell threatens to prevent the boat mooring back at Percé. So we bid a premature farewell to the colony and head for the mainland across a grey and stormy sea.

Back home, nurturing the idea that I’d like to return and spend longer with them, I read that safety of the world’s largest single island colony of northern gannets, off the east coast of Scotland, is threatened by proposed offshore wind farms.