It reminds me of buses: you get one Michelin-starred chef and, blow me, another three come along. 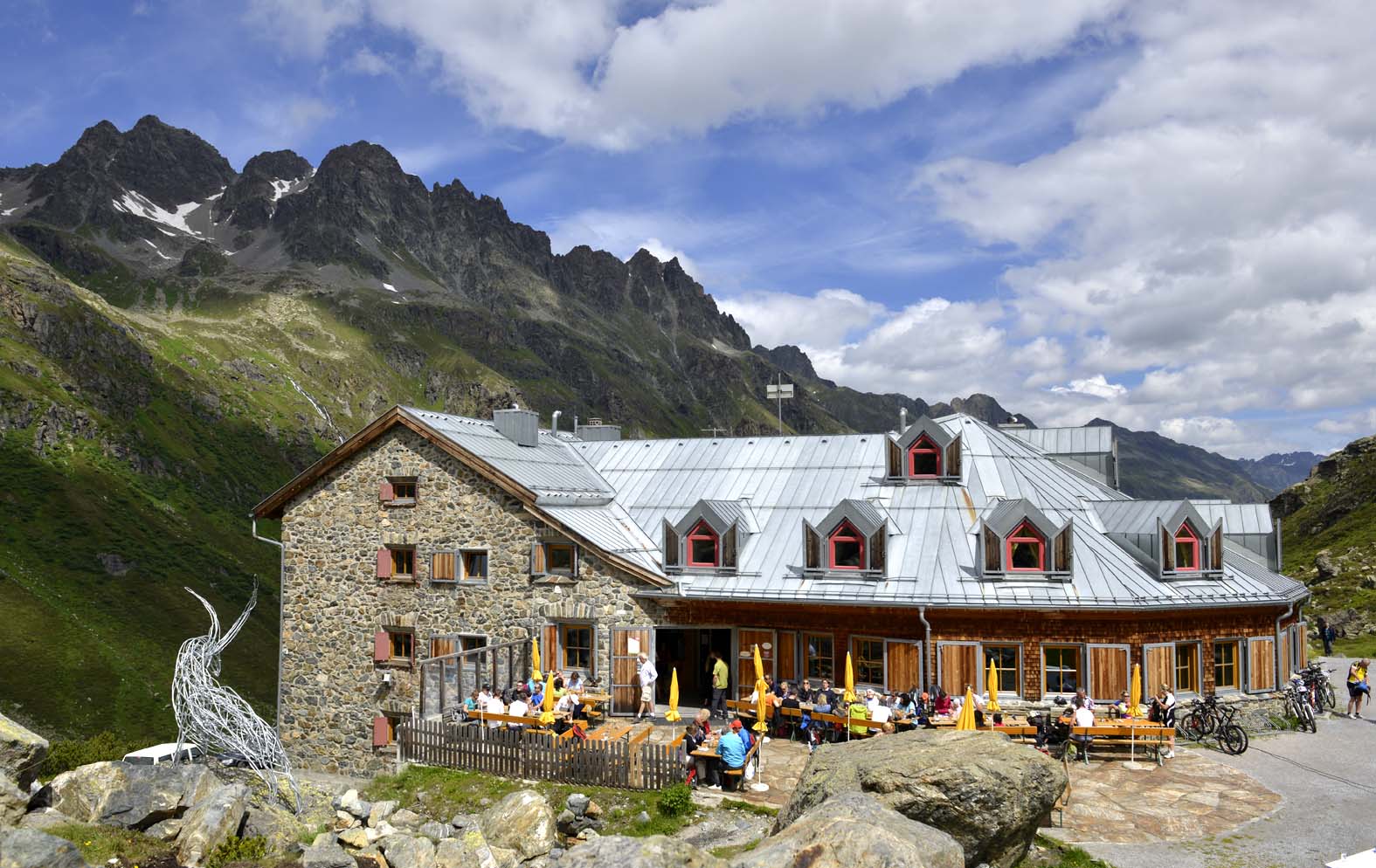 High in the Alps of Austria, close to the Swiss border, four chefs are hiking to a mountain lodge with 60 international travel and food writers, snaking their way along the stony, inclining trail. A cacophony of languages competes with chiming cowbells some 2,000 metres above sea level in steep sided alpine valley.

The well-known winter sports towns of Ischgl, Galtür and Kappl-See are hosting these culinary creators. They do so every year, arranging for a selection of talented European chefs to bring their skills to the kitchens of four mountain lodges near the towns as part of an annual festival of food.

Called the Kulinarische Jakobsweg festival, meaning the Culinary Way of St James, (aka the pilgrim route to Santiago de Compostela) it is favoured in the summer months by walkers and hikers, who can enjoy some amazing food as they enjoy the Alps. These lodges are a magnet for those keen on all types of other outdoor pursuits, including mountain biking and climbing.  After several hours of Alpine walking or riding a good meal is certainly called for.

In this case you have the chance to enjoy a unique dish, designed for the lodge of your choice by a Michelin-starred chef.

I plumped for one created by Russell Brown, the first British Michelin-starred chef to be invited to this event. I felt it was just what would be needed after a half-day of exertion en route for the Jamtalhütte. Brown’s casserole of beer braised beef cheek with potato puree, textured with onions did it for me.

Russell, the only Michelin-starred chef in the county of Dorset, says he is delighted to be in the company of such chefs and keen to share his talents with his colleagues and showcase them to the international food and travel writers who had been invited to sample the menus at the various lodges.

Flavours are what Russell holds most dear. He focuses on getting great tastes from simple ingredients with attractive presentation to complete a sensuous eating experience.

Russell and the other Michelin-starred chefs are working with the lodges’ catering teams to ensure there is continued consistency in the standard of their dishes over the summer months, after they return home. 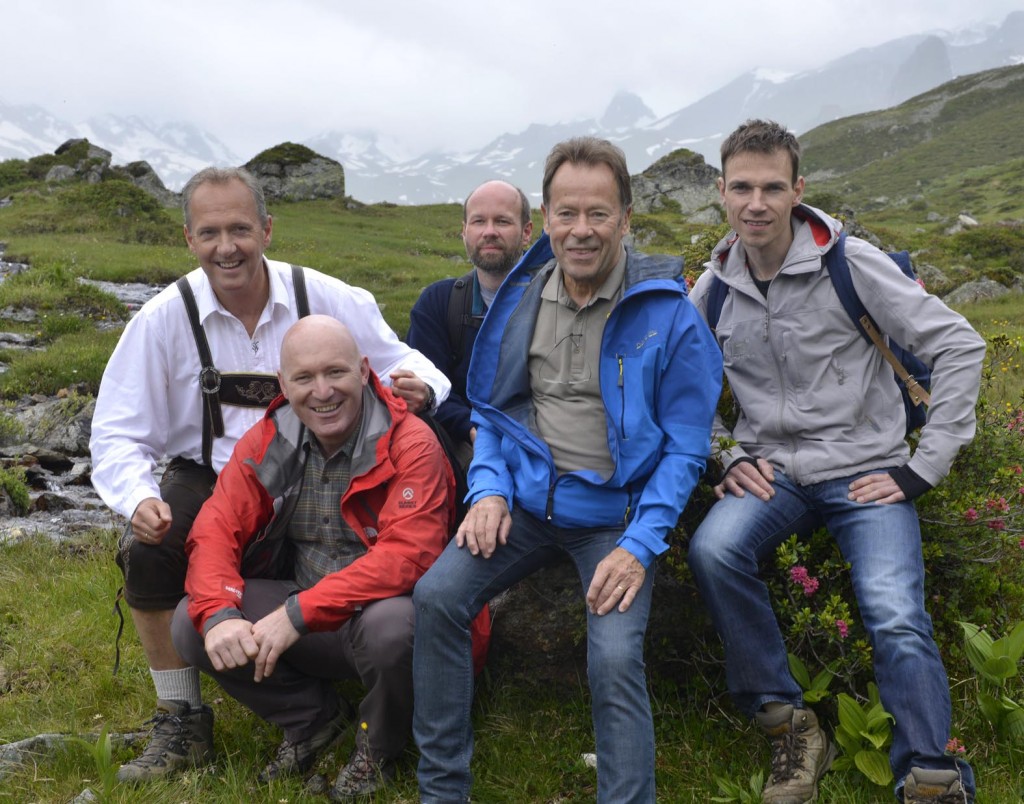 Dieter Müller, from Germany, Alfio Ghezzi, from Italy, Giovani Oosters, from Belgium, are the other participating chefs. They were hosted for the event by Martin Sieberer, the head chef at the five star Hotel Trofana Royal in Ischgl.

Russell’s dish was served at Jamtalhütte, Dieter’s at Ascher Hütte, Alfio’s at Heidelberger Hütte and Giovani at Niederelbe Hütte. There are called huts but are much more extensive. Though remote they are modern hotels and guesthouses with traditional Alpine décor, great restaurants and views to die for. The walk or ride to get to them is well worth the effort.

A visit to this pretty Alpine region in summer provides a fantastic opportunity to experience walking, biking or climbing plus the high mountain pastures while they are in full bloom. Now you can also enjoy outstanding food in one of the most popular and highest resorts in Europe.

The Kulinarische Jakobsweg festival runs from 6 July until 21 September 2014.

The nearest international airports are at Zurich and Innsbruck.

The area of Paznaum known for its cheese production is keen to encourage and develop summer tourism.The holiday region Paznaun-Ischgl in the west of North Tyrol ranges from St. Anton am Arlberg to Galtür.

About the author – Geoff Moore

After many years working as a travel photographer Geoff Moore has, over the past two years, been developing his own travel website and blog, thetraveltrunk.net. He continues to photograph for two international picture libraries while also producing features and videos. Follow him on Twitter: @thetraveltrunk 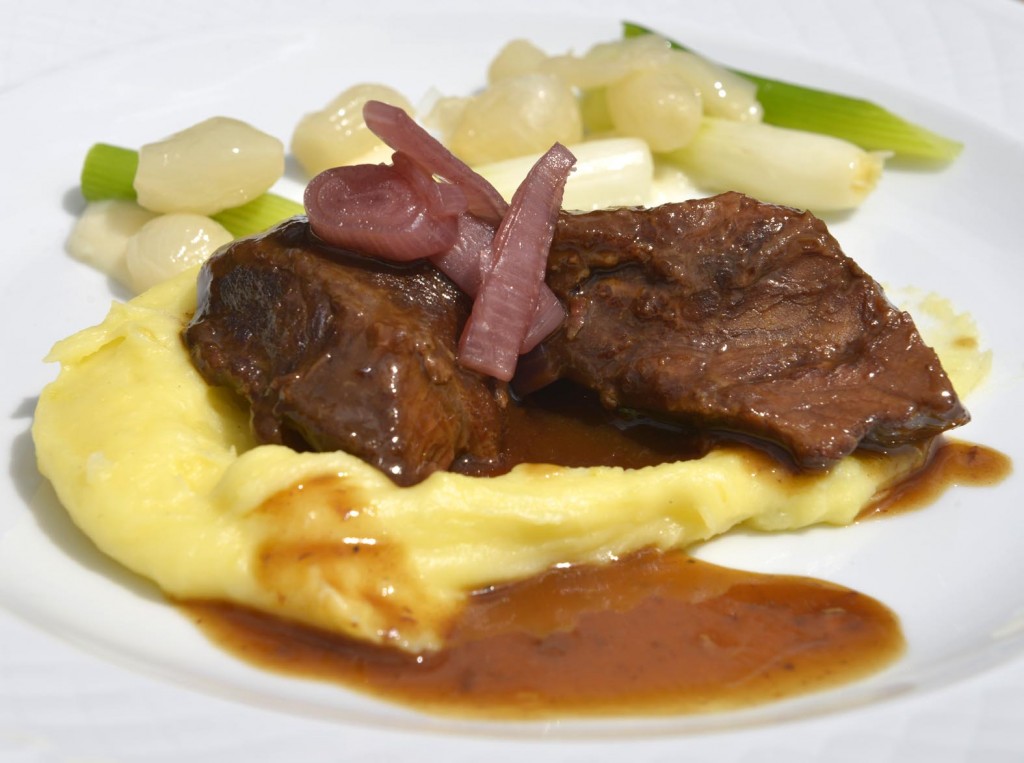