Tourists tend to skip over Italy’s northern capital.  Milan isn’t famous for great art, though it has much more than its star turn, Leonardo da Vinci’s Last Supper. Nor is it known for canals, though it has those, too. But unlike Italy’s more powerful sightseeing magnets – such as Venice and Florence – Milan is delightfully dynamic. And with the EXPO2015 celebrations starting on May 1st it’s about to show the world its 21st century charms.

I should know. I’ve been watching the city evolve into an epicentre of urban chic since I made Milan my home 25 years ago. So it was a particular pleasure when the the Guild came here in January – for our AGM, and event hosted by Explora (www.wonderfulexpo2015.info), the official tourism team behind Milan’s upcoming EXPO2015.

First head high. Milan’s city centre spreads outwards from the exuberant, Gothic Duomo (www.duomomilano.it). In true Italian style this vast cathedral took a whopping five centuries to construct. From its rooftop terraces, with their spires and flying buttresses, (you can walk up or take the elevator) you’ll gaze over the elegant 19th-century shopping arcade Galleria Vittorio Emanuele II, where Chinese patrons are drawn to the Prada flagship store inside. The world-renowned Teatro alla Scala (www.teatroallascala.org) sits beyond. Opposite is the superb Museo del Novecento (www.museodelnovecento.org), with its fine collection of 20th-century Italian arts.

This year’s EXPO has had its greatest effect on Milan’s arty neighbourhoods. Porta Garibaldi’s offbeat fashion district is far cry from the catwalk-strutting labels – Armani, Dolce & Gabbana – that cluster in the Quadrilatero d’Oro quarter. This area has long been anchored by ex-Vogue editor Carla Sozzani’s gallery, café, suite-hotel and boutique, 10 Corso Como (www.10corsocomo.com). But as of 2014, Garibaldi’s big draw is Eataly (www.eataly.net). Sprawling over the premises of the former Smeraldo Theatre, this epicurean emporium is home to 19 restaurants (one Michelin starred). Its marketplace is studded with organic foodie souvenirs from Ligurian olive oil to Barbero chocolate from Piedmont.

Aspiring architects should make a beeline for the northwestern quarter CityLife (www.city-life.it). Here 21st-century skyscrapers and residences have been designed by the likes of Zaha Hadid and Daniel Libeskind to create an entirely new model suburb. Most of the area is pedestrianised and there’s a 170,00m2 public park – a boon for one of Europe’s least green cities.

Contemporary art your passion? Then head south of the city centre instead. The opening of the new Fondazione Prada (www.fondazioneprada.org) is timed to coincide with the launch of EXPO2015. Thoroughly redesigned by Dutch starchitect Rem Koolhaus, the exhibition space will showcase the foundation’s vast permanent collection as well as temporary shows. There’s also a dedicated kids’ art area, plus a bar designed by madcap American film director Wes Anderson.

And how best to explore Milan? Whizzing around an Italian city on two wheels may bring to mind Audrey Hepburn and Gregory Peck in Roman Holiday. But it’s not the Italian capital that has launched the country’s first scooter-sharing scheme. From April 2015, more than 1,000 Milanese motorini will begin operating in much the same way as bike-sharing services around Europe.

Milan’s EXPO 2015
Running from May 1st through October 31st, Milan’s much-anticipated EXPO 2015 (www.expo2015.org) is themed “Feeding the Planet, Energy for Life”. More than 140 countries will participate in this World’s Fair. It will showcase how local traditions and their own innovative technologies are interwoven with food, sustainability and the planet. Join the 20 million expected visitors and check out the UK’s beehive-inspired pavilion. Nibble your way through the Slow Food pavilion’s platters of eco-sourced cheeses. Or head to the Future Food District, which boasts a peek at the 22nd century with interactive supermarkets and waste-free smart kitchens.

Kathryn Tomasetti and Tristan Rutherford (www.rutherfordtomasettipartners.com) are the authors and editors of numerous guides to Milan, including Time Out Milan and Hedonist’s Guide to Milan. 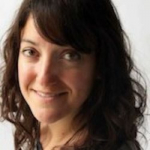