BGTW member Duncan JD Smith’s new book Only in Edinburgh is published in November 2016. Designed for city explorers, this groundbreaking guide promises to take readers quickly off the beaten track – and under the city’s skin. This is the Edinburgh of secret gardens and haunted theatres, mysterious monuments and unexpected underworlds, industrial relics and unusual places of worship.

Scotland’s capital since the 15th century, Edinburgh has long divided opinion. Writing in 1905, the English author G. K. Chesterton was impressed by the city’s volcanic geography and architectural modernism. He wrote of its great roads rushing downhill “like rivers in spate” and great buildings that “rush up like rockets”. Around the same time, Glaswegian journalist James Bone alluded to something more sinister: “Auld Reekie…blackened and dried, an immortal herring”.

Like Robert Louis Stevenson’s Dr. Jekyll, Edinburgh displays a split personality. This is hardly surprising when one considers the history of the place. In the words of UNESCO, which lists Edinburgh as one of its World Heritage Sites, it comprises “an old city dominated by a medieval fortress and a new neoclassical city, whose development from the 18th century onward exerted a far-reaching influence on European urban planning”. It is the juxtaposition of these disparate areas that gives the city its unique character and its enduring visitor appeal.

The journeys detailed in Only in Edinburgh represent my own urban odysseys through the city, from the Firth of Forth south to the Edinburgh Bypass (A720) and from Corstorphine east to Craigmillar. The hundred or so locations he describes will help readers uncover the treasures of Edinburgh old and new.

Spread out over a series of hills and valleys, Edinburgh has been dubbed the Athens of the North for its elegant architecture and central role in the Scottish Enlightenment. It is a seat of learning with a dark side. A beautiful city of vice and virtue, world famous for its literature, learning and festivals but with a violent past that includes war, witchcraft and body snatching.

Many of the locations covered in the guide lie within the Old Town, the city’s labyrinthine medieval heart. Formerly two distinct trading areas or burghs – Edinburgh and the Canongate – the area is defined by the Royal Mile. Around 80 atmospheric ‘closes’ (alleys) branch off this busy thoroughfare, each containing towering ‘lands’ (tenements), the whole, when seen from above, appearing like a herringbone. At its head is the rocky fastness of Edinburgh Castle, where the city’s story began.

Immediately south of the Old Town is Southside. The construction of George Square here in 1766 was the first major development outside the Old Town. It was also here in the 19th century that the University of Edinburgh expanded when it outgrew its original campus on South Bridge. Southside’s places of worship include a Modernist Catholic garden chapel and a mosque renowned for its curries.

West of the Old Town is the West End, the city’s cultural heart. Here can be found Edinburgh’s oldest cinema and swimming pool, as well as industrial-era features such as the reborn Union Canal in Fountainbridge and the converted flour mills of Dean Village on the Water of Leith.

The architectural counterpart to the Old Town is the Georgian New Town, which lies north of the Castle Rock. Laid out rigidly on a grid-iron, this area includes secret gardens and galleries, writers’ homes and elegant squares. The magnificently-appointed Café Royal still exudes old fashioned charm. To the east rises Calton Hill, with its extraordinary monument-topped acropolis.

Many equally intriguing locations await discovery in Edinburgh’s suburbs. Comprising former villages absorbed into the metropolis, those to the north and west include the famously rough-edged Port of Leith, now in the throes of reinvention, and pretty Cramond, with its Roman remains at the mouth of the River Almond. Also here are historic green spaces, including the Royal Botanic Garden and several important golf courses.

A final selection of locations is to be found in the city’s south and east suburbs. These encompass Holyrood Park, with its palace and ruined abbey at the bottom of the Canongate, the wild delights of Arthur’s Seat and Duddingston Loch, and the lost seaside resort of Portobello.

Whilst walking is undeniably the best way to explore Edinburgh, the suburbs are quickly accessed using the extensive Lothian Bus network. Whether frequenting the café where Harry Potter was penned, walking with penguins in Edinburgh Zoo, taking a Trainspotting tour of Leith or unearthing the subterranean secrets of Gilmerton Cove, My aim was to  encourage readers to set out on their own expedition in the Scottish capital.

Duncan JD Smith is an urban explorer, travel writer, historian, and photographer. He is the sole author and publisher of the ‘Only In’ Guides, a series of books that probe the hidden corners of various European cities. Find out more at www.onlyinguides.com and www.duncanjdsmith.com. 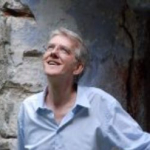