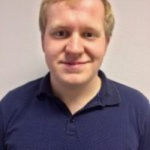 Biography :
I read Modern Languages (French, Italian and Spanish) at Durham University and put myself on the path to becoming a polyglot, picking up Mandarin, German and Modern Greek along the way. My long-standing love of words and the patterns they create was developed even further with regular work for various student newspapers, primarily in the travel and lifestyle sections.

After gaining a first class degree, I indulged in my love of languages a little longer and stayed on to complete a MA in Translation. Soon after, I landed a regular 9 to 5 at FRANCE Magazine, where I write about everything from the 10 most decadent French desserts to cruising along French waterways.