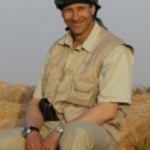 Biography:
Richard Villar is both an author and a surgeon, based in London (UK), and Dubai (UAE). He was formerly Regimental Medical Officer to the Special Air Service and has undertaken more than three decades of work in many of the world’s major conflict and disaster zones, and in more than 30 countries. His experiences have included working as a surgeon during the siege of Sarajevo, as well as in Palestinian refugee camps, the Falklands War, the North-West Frontier of Pakistan, Afghanistan, Central India, the Middle East, the Far East, Africa, Central America and elsewhere. Richard was also responsible for the evacuation of casualties from the North Face of Mount Everest in the wake of a disastrous avalanche.  In addition, Richard has been operational in the immediate aftermath of the earthquakes in Kashmir (2005), Java (2006) and Haiti (2010), during the desert conflict in Libya (2011), in the Philippines after Typhoon Haiyan (2013), as well as Ethiopia (2016), Lebanon (2015, 2016, 2017, 2018) and Gaza (2018). Through all of these activities Richard has written and lectured extensively. He has appeared on television and radio on numerous occasions and has published widely for both academic and general readerships. His articles have appeared in The Daily Telegraph, The Spectator, the Evening Standard, Reader’s Digest,The Independent, and many other publications. Richard’s book Knife Edge (Michael Joseph & Vineyard Press Ltd) described his time as the Regimental Medical Officer to the Special Air Service, was widely acclaimed, and remains in print and highly sought after to this day. His subsequent book, Winged Scalpel (Pen & Sword), became a great success and described his time as a surgeon in some of the most inhospitable disaster and conflict zones of recent times. Richard’s areas of writing expertise include: Adventure Travel; Walking, Hiking and Trekking; Fitness; Wildlife; Over-50s Travel; Safaris; Conflict; Disaster; Mountaineering; Survival. He is globally active but has special expertise in Continental Europe; United Kingdom and the Middle East. Richard has recently published Never A Straight Line: Travels Through Chile and Bolivia (Vineyard Press) and has developed the acclaimed long-form travel blog, Never A Straight Line (neverastraightline.com).