The Avenue de Champagne in Epernay is no ordinary street. Its kilometre-long strip is a roll call of pedigree Champagne houses that, since 2015, proudly trumpet their UNESCO World Heritage status. We’re outside the art deco HQ of Moët & Chandon slurping up the statistics: beneath our feet are 110km of chalk-hewn cellars where 200 million bottles slumber in the dark. You can pop in for a visit and a tasting, naturally, but the vast Roman era chalk galleries in Reims, fancifully christened as ‘underground cathedrals’, make its champagne houses more atmospheric than those in Epernay. Strolling further, we eyeball the the graceful belle époque ironwork portal of Perrier-Jouët and the grand house of Pol Roger, home to Winston Churchill’s favourite fizz. ‘A glass lifts the spirits and sharpens the wits, but a bottle produces the opposite effects’ the great man was wont to say. After a couple of days of tastings we’re starting to see his point, especially the blurry morning after a session in C – Comme Champagne, a buzzy champagne bar and cellar whose effervescent owner, Fred, stocks champagnes from forty-odd producers to taste and buy.

Getting out into the countryside where the grapes grow plump is key to understanding the terroir – the uniquely French concept of how the soil, landscape and climate give wines their character. Lining the Marne Valley – the most scenic of the Champagne routes – dozens of small producers make wonderful, individual wines to rival anything the big houses offer, their names on brass plaques in discreetly tidy villages made prosperous by generations of viticulture. A pilgrimage stop at the abbey church of St Pierre in Hautvillers, reveals a black slate slab marking the resting place of Dom Petrus Pérignon, the cellar master who perfected a method for bottling bubbly without explosive results. In Boursault, we call at Champagne Le Gallais, where Charlotte Morgain Le Gallais heads the fifth generation of this family run bubble business, producing splendid Champagnes using state-of-the-art modern kit in a sublimely panoramic spot surveying the neatly combed vineyards of the Marne Valley. By contrast, Champagne Joel-Michel in Brasles is an organic producer who does things the old-school way, ageing the wines in oak barrels.

A mosey around Château-Thierry shows that it’s not all about bubbly: the town sits at the foot of a medieval castle, and, for literary types, there’s a museum in the posh mansion home of 17th-century poet Jean de la Fontaine (his Aesop-style Fables are still taught in French schools). Our final tasting call is chez Pannier, whose atmospheric 15th century cellars hold a mere 4 million bottles and the enigmatic figure of an archer with his longbow scratched into the stone by a medieval visitor. My suggestion that he may have popped by for a celebratory drink after the Battle of Agincourt falls on deaf ears, but what’s sure is that the lucky Champenois have given us a brilliant insight into the wine that has become synonymous with success and good times in the remotest corners of the globe. 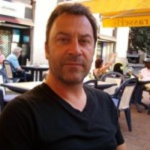