Do you really need to carry an SLR camera to capture stunning travel images? Or will a state of the art smartphone cut it? Stuart Forster decided to find out:

On a recent trip to Central America I decided to put aside my scepticism about mobile photography and capture scenes from around Costa Rica and El Salvador using a couple of smart phones.

Isn’t all travel photography a form of mobile photography? That’s a question I put to a dedicated smart phone users ahead of the trip.

They explained that photographing using a smart phone meant their images are instantly available for uploading to Instagram, Twitter and Facebook. Interacting with people while still out on location gave the shots immediacy, I heard.

D-SLR versus a smartphone

As a trained photographer I believe that using a digital Single Lens Reflex (D-SLR) camera gives photographers creative control of how to capture images. Using a D-SLR being able to control factors such as depth of field, shutter speed and the sensor’s sensitivity to light.

“But I can do all of that on my phone,” said my girlfriend recently, when I explained why I was carrying 10 kilograms of photography kit during a hike in Teesdale, County Durham.

Looking at the photos she was shooting, I admitted they were pretty good. I subsequently decided to upgrade my phone to a Samsung Galaxy. However, I also liked the functionality and value-for-money offered by the Cubot X17, which also gave me the ability to make videos and time-lapse sequences, in addition to shooting photos with a 16MB camera.

For double page spreads, coffee table books and adverts I’m still an advocate of D-SLR’s with high-quality lenses. Yet for shots that go online and will never be viewed at anything more than, say, a width of 1080 pixels then I’m now convinced that smartphones — when used well — can yield very good results.

Costa Rica proved a great destination for nature photography. Despite the country’s tiny size – just 17,900 square miles – it hosts five per cent of the world’s biodiversity.

I managed to photograph a beautiful (but deadly) golden eyelash viper (below) on a tree within rainforest in Limon Province. 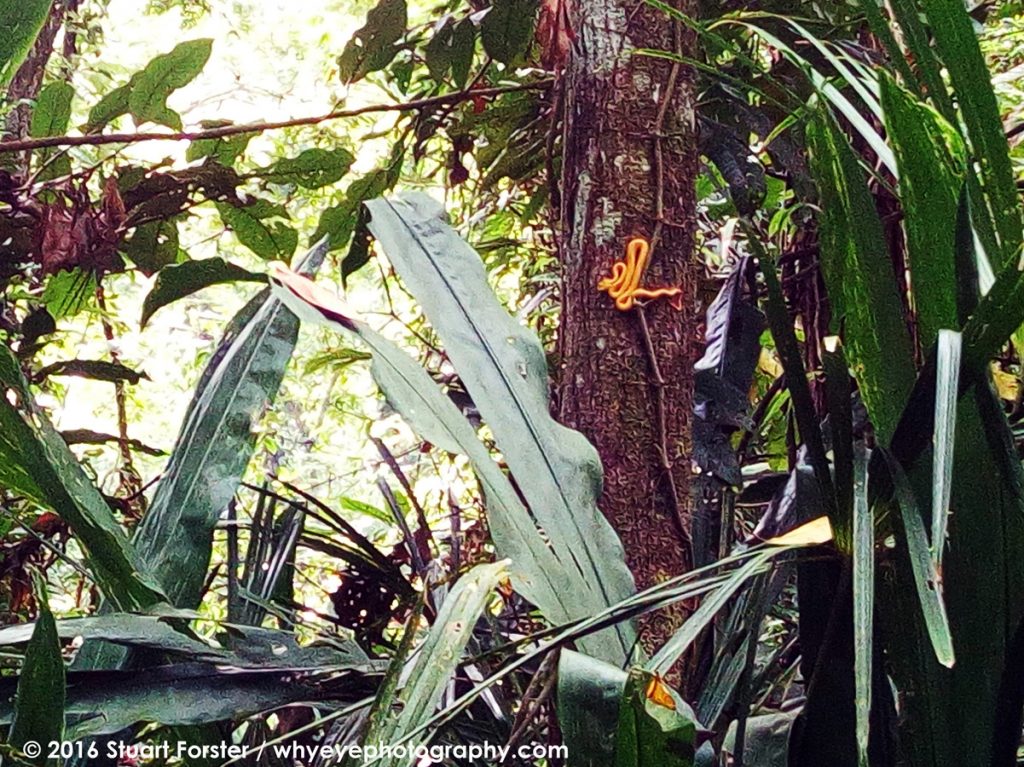 Less than an hour later I was photographing on the golden sand of Uva Beach (below) with the Caribbean Sea lapping at my ankles. 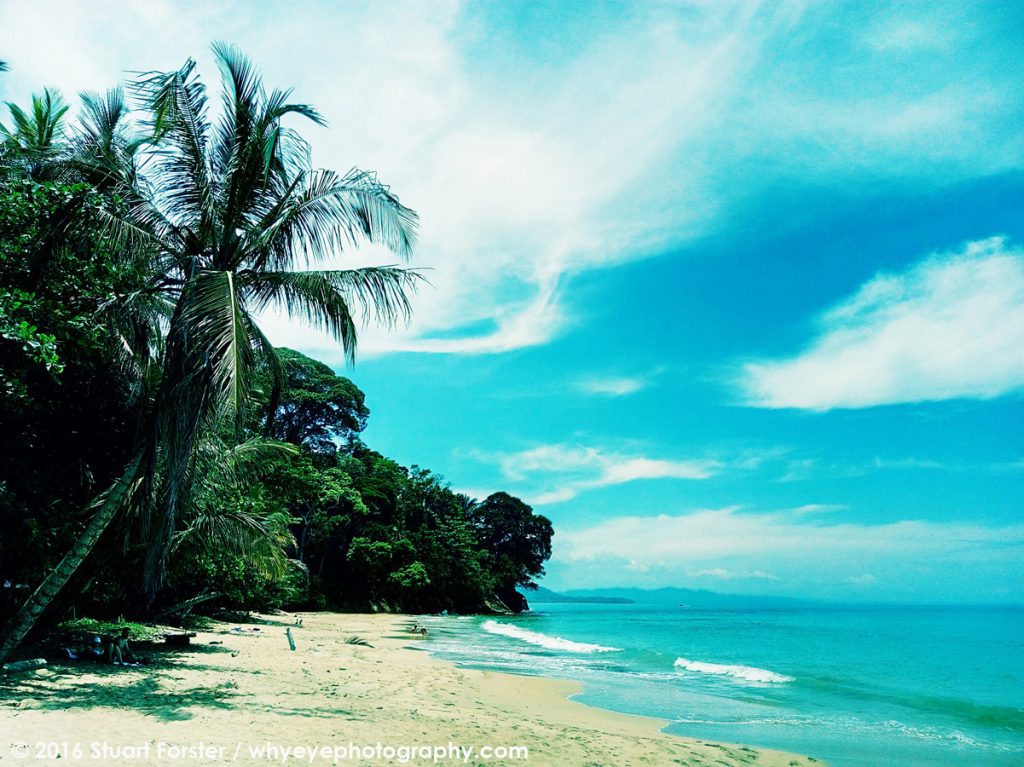 The crater of Poas Volcano (below)  is often shrouded in cloud but I was lucky enough to be there when only a few wisps of cloud were obscuring the far rim. 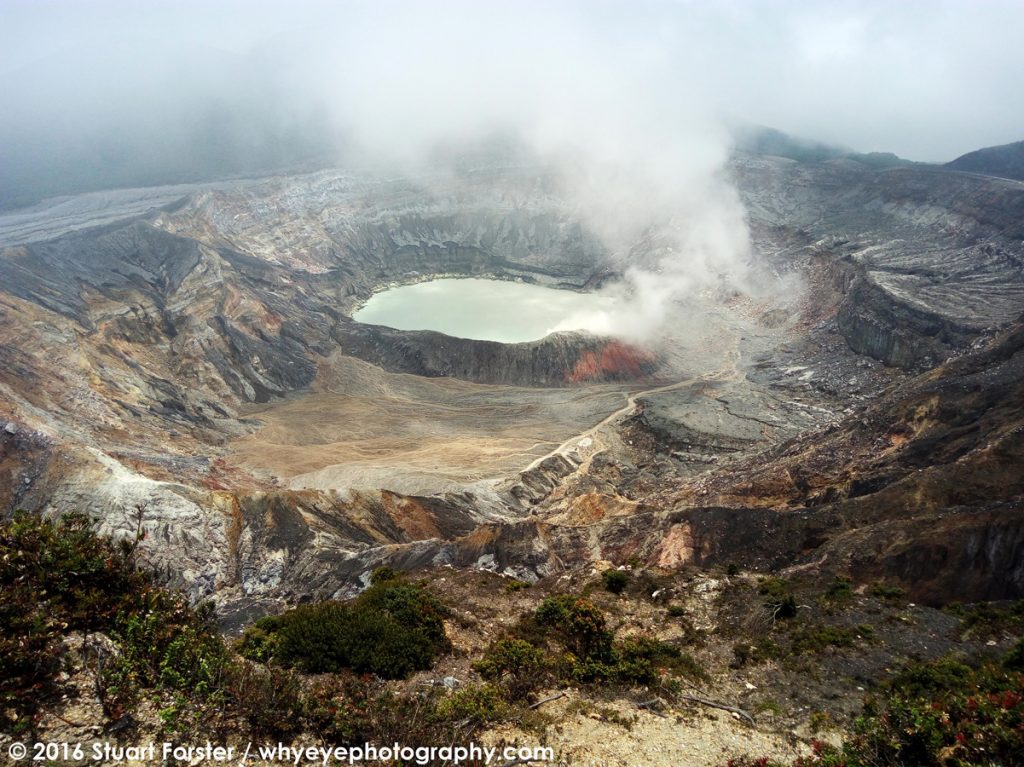 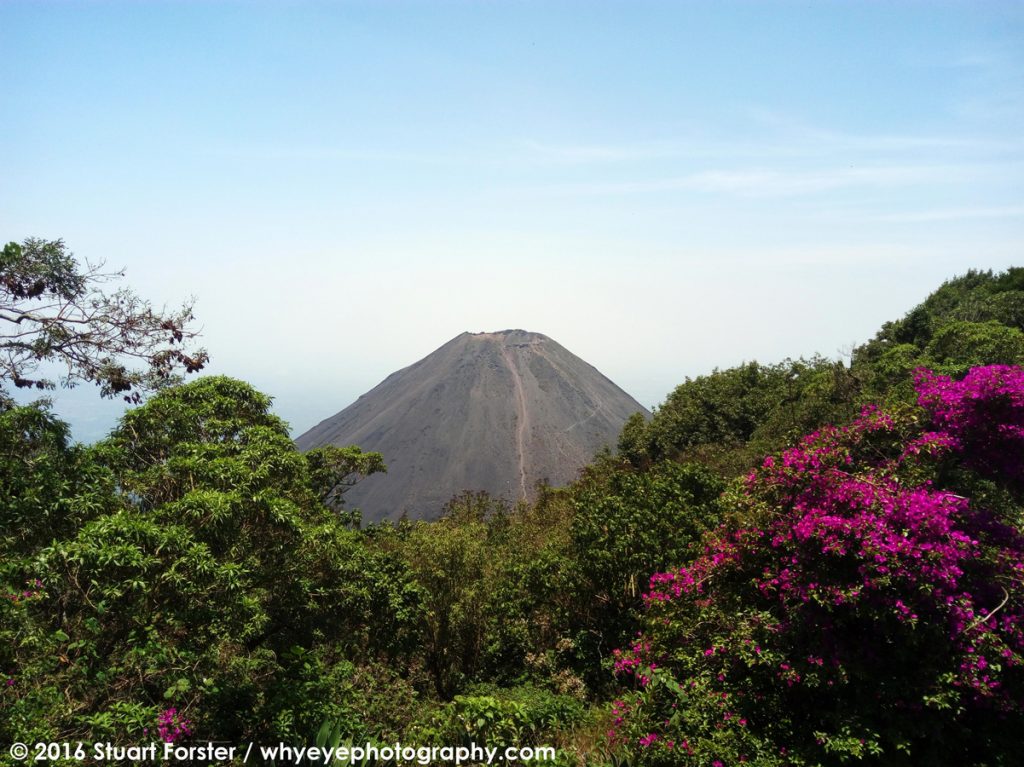 Following a trail through the forest provided an elevated view of Lake Coatepeque.

As a history buff I enjoyed seeing the ancient pyramid at Tazumal, the tallest in the country, and hearing about the region’s Mayan history.

Getting the images online

When I photograph with a D-SLR I’ll tweak the images in Photoshop before captioning them then distributing them. The time-consuming process can take days.

While using Wi-Fi at hotels in Costa Rica and El Salvador was able to get online and distribute a handful of my smartphone photos via Instagram, Twitter and Facebook. I found it a fun way of communicating with people thousands of miles away.

I still believe my D-SLR has its value but after my trip to Central America I’m certainly more open to the idea of mobile photography. 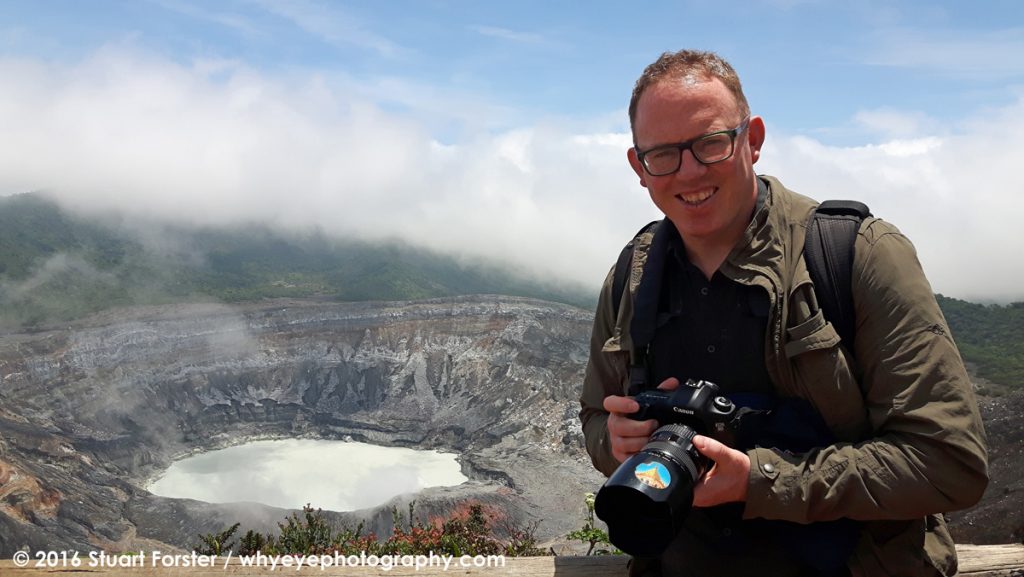 Stuart Forster is a travel writer and professional photographer based in the north-east of England. He was named Journalist of the Year at the Holland Press Awards of 2015 and 2016. In addition to writing for national and international magazines and newspapers runs the blog, www.go-eat-do.com. It was for work on that site that Stuart was shortlisted for the Travel Blogger and Vlogger of the Year award at the 2015 Travel Media Awards.

Learn more about Central America via the www.visitcentroamerica.com website.

See www.visitcostarica.com for more on Costa Rica and www.elsalvador.travel for insights into El Salvador.

By: Stuart Forster
Stuart is an award-winning travel journalist, professional photographer and blogger based just outside of Newcastle upon Tyne in the north-east of England. He\’s a specialist in Canada, Germany & the Netherlands and available for commissions.