As desperate refugees seek new lives in Europe, Roger Bray visits a museum dedicated to millions of Europeans who escaped to America  between 1873 and 1934: 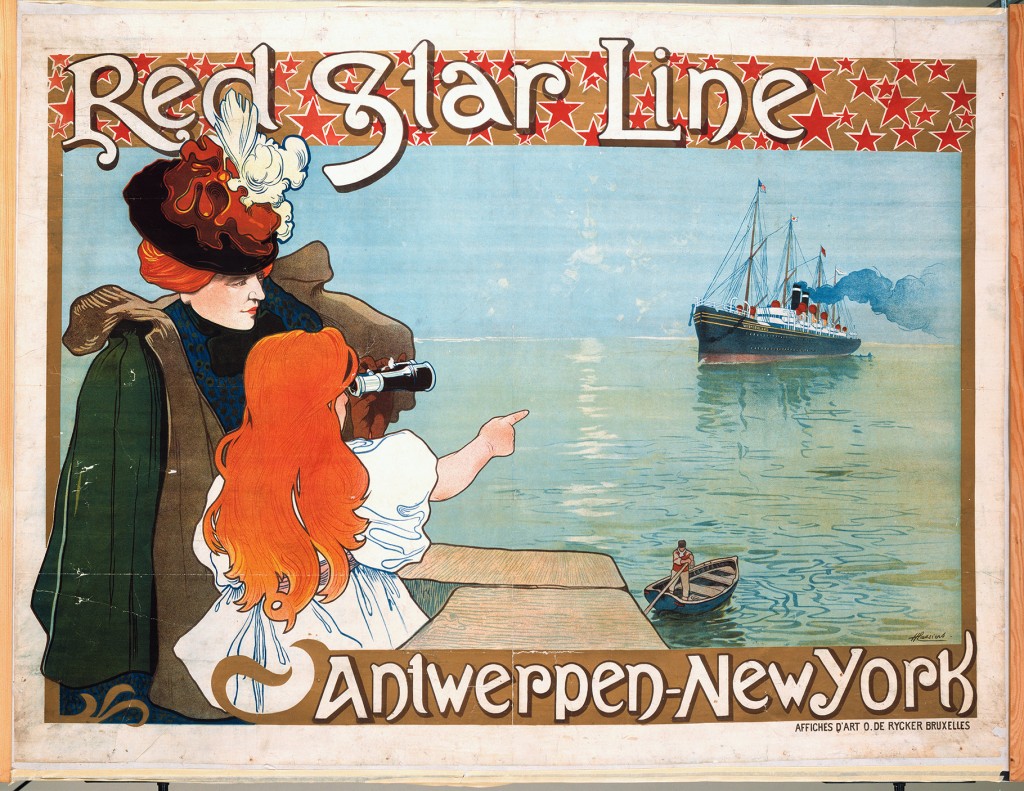 The best museums are not just collections of objects but places that prompt the  imagination to roam. Antwerp’s Red Star Line Museum is a perfect example. I defy you to leave without a moist eye and a thought for today’s huddled masses, in the Calais camp they call “the Jungle” or on the beaches of Kos.

It tells the stories of emigrants who boarded the Red Star Line’s ships in the Belgian port, bound for new lives in America, turning their backs on desperate poverty, pogroms or Nazi persecution. One in particular highlights just how much the world might lose if the barriers were to go up. It concerns the Beilin family, Russian Jews for whom anti-Semitism piled the risk of death on the misery of deprivation. The Beilins left for the United States in 1893 with their five year old son Israel. After an impoverished childhood in New York the boy became Irving Berlin, whose upright piano is an exhibit. The songwriter’s history suggests a whole extra layer of personal meaning for his 1926 hit “Blue Skies”.

The Red Star Line was a somewhat less ponderous name for the Société Anonyme de Navigation Belge-Américaine. Founded in 1872 by US shipping magnates and two Antwerp-based partners it was curiously reminiscent of the slave trade, in that it carried goods east and human traffic west. The enterprise was backed by the Pennsylvania Railroad Company, which saw the Transatlantic crossing as a kind of extension of its network. But there, despite the fact that conditions in steerage were sometimes described as more suitable for livestock, the comparison ends.

The group of red brick buildings on the River Scheldt has been beautifully converted. One was built in 1894, ostensibly to avoid subjecting emigrants to medical examinations outside on the Rijnkaai. It functioned as one with the main building, containing showers and huge steam sterilisers in which clothes and bags were disinfected. Now the interiors are spare, airy and well lit. There is plenty of information in English as well as Flemish, in written explanations and the recorded testimonies of emigrants. 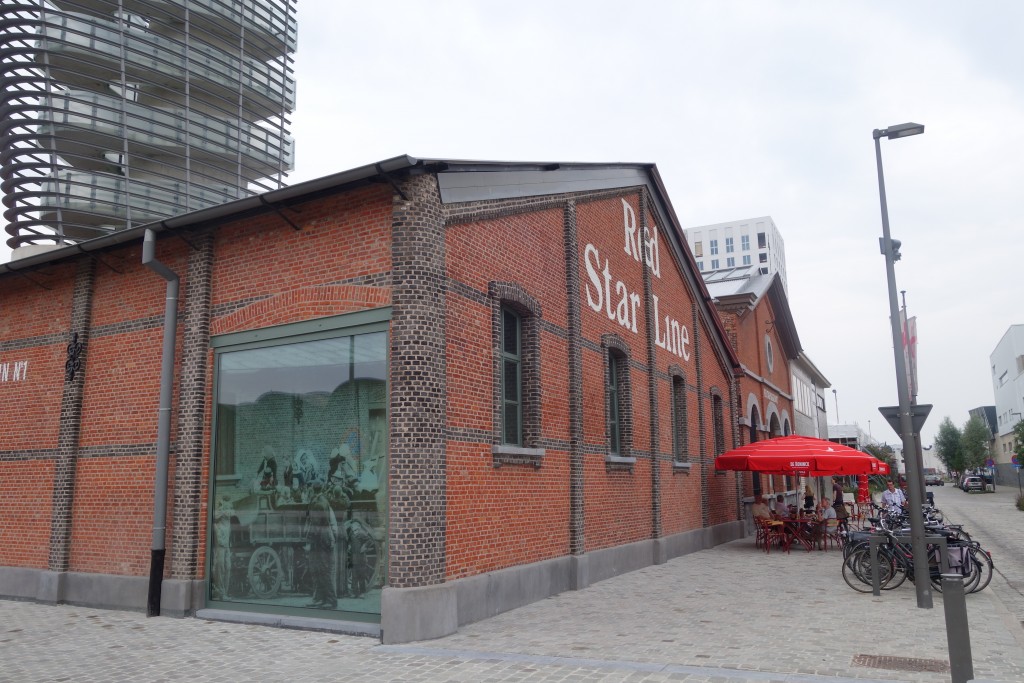 The Americans were particularly neurotic about the threat they might import such disease as cholera, typhoid and trachoma.

And while on the subject of the Americans, holiday travellers who have been bemused by recent and current questions on immigration forms should pause to read those issued then. Did they support the overthrow of the US Government or any other judicial structure? Were they polygamists? Were they anarchists? Did they have syphilis? Had they ever been in jail – or the poor house?

You can almost feel their nervousness at the final hurdle, so near and yet still certain to be on board when the liner cast off and headed away on the great, wide, shining river, into the unknown.

The line closed in the 1930s, a victim of the Depression. By then it had carried two million emigrants, among them Golda Meir, future Prime Minister of Israel, and Albert Einstein, a frequent customer who had not, one supposes, experienced third class. Einstein opted to remain in America when Hitler came to power. For Sonia Pressman Fuentes, who went on to be one of the founders of the US National Organisation for Women, it was more a case of good fortune. She was five when her family fled the Nazis for Antwerp. The Pressmans had lived in Berlin but were of Polish origin and the Belgians were not allowing Jewish refugees from Poland to settle in the country. The Authorities were about to deport them back to Germany but they secured American visas in the nick of time. Looking back, she says in one of the museum’s video recordings, the knowledge that she got away in the Red Star Line’s last year of operation is “overwhelming”.