Stuart Forster was named Journalist of the Year at the Holland Press Awards, whose 2016 awards ceremony held on 1 March at the Hoxton Hotel at Holborn, London.

Stuart became the first person to retain the prestigious title, which is awarded for a body of work published over the course of a year.

His work was shortlisted in two of the categories over the course of the evening. Stuart’s Article on Rotterdam, published in the Independent, was a contender for the Dutch City award, for the best feature about urban areas in the Netherlands.

One of his online features, posted on www.go-eat-do.com, was shortlisted in the Arts in Holland category. 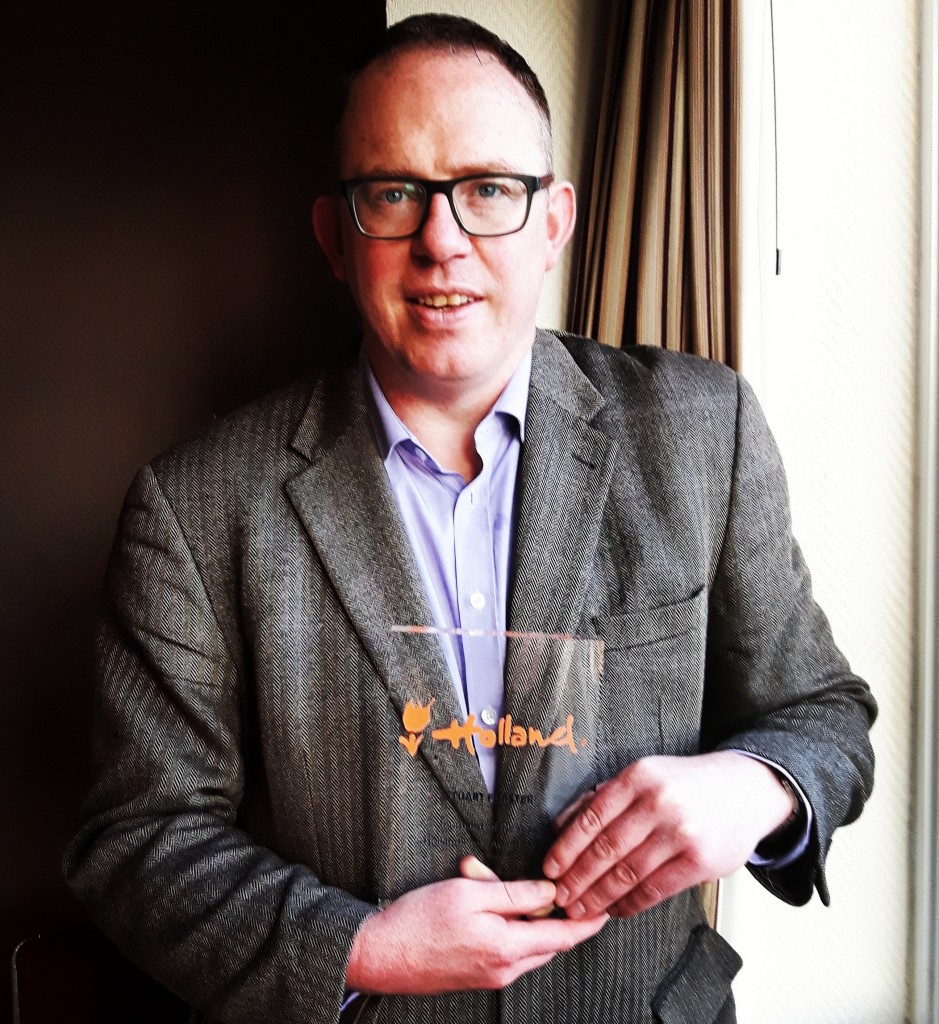 He has written destination-based features, articles on the arts and food, plus business and culture stories about aspects of the Netherlands.

“It’s a huge honour to win the Journalist of the Year award,” said Stuart after the presentation.

“Retaining the trophy means a lot to me. I look forward to writing more about the Netherlands and Dutch culture over the months ahead,” he added.

Stuart studied for a time in the Netherlands, as an exchange student at the University of Leiden. He returns to country frequently and is always happy to be contacted by commissioning editors to discuss potential stories.

Find out more about the Netherlands by taking a look at the www.holland.com website.