If you’re going to open a museum to house a collection of pig-related artefacts then the site of a former slaughterhouse is a good a place as any. The Schweine Museum (Pig Museum) in Stuttgart hosts around 50,000 porcine exhibits.

The family-friendly attraction displays the items in 25 themed rooms over three storeys and proclaims itself “the largest pig museum in the world.”

The museum is operated by Erika Wilhelmer, who also manages the adjacent Schlachthof bar-restaurant at the same site. I’d have been disappointed if I hadn’t seen traditional German cuisine such as Schweineshaxe (pork knuckle) and Schnitzel on the menu. 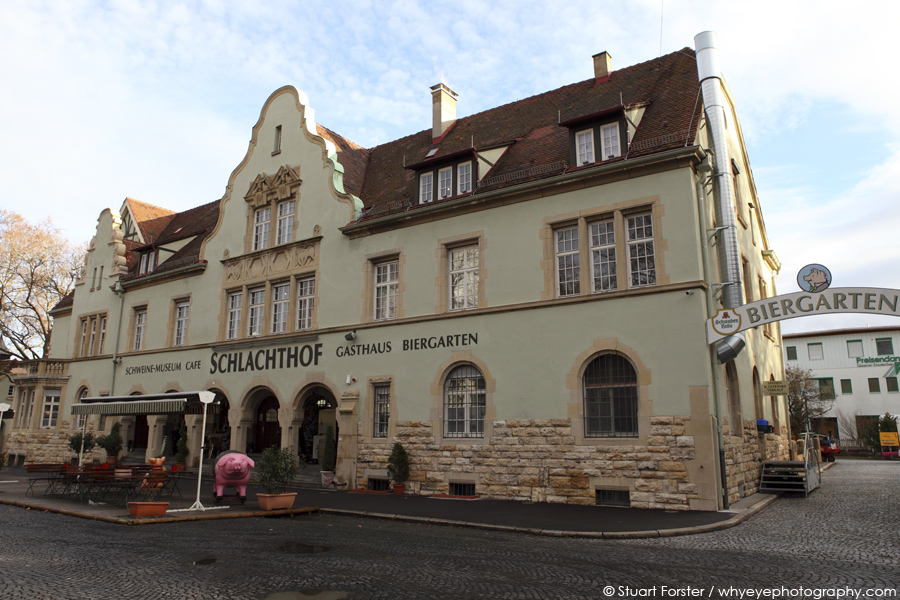 Erika opened the Schweine Museum is 2010. As we chat in German she jokes “I have hundreds of favourites. Those that are sauteuer [a play on the word ‘sow’ meaning ‘very expensive’] and saugut [meaning ‘very expensive’]. I love each one. I have kitsch, for sure. I’ve also received whole collections from people who didn’t want them anymore.”

As I wander through the quirky yet fascinating museum I learn that wild pigs are present on all six of the continents that are permanently inhabited by humans. This means that the animals, and their behaviour, have a widespread influence on phraseology.

They also feature many of the world’s mythologies. I read how Set, the Egyptian god, transformed himself into a boar to fight with Horus, his nephew. The Hindu god Vishnu, in his avatar as Varaha, made use of his tusks to vanquish the demon Hirayaksha.

Archaeologists have found evidence that humans in what is today Turkey were keeping pigs as long as 9,000 years ago and, remarkably, that between 40 to 50 per cent of all European hunting kills were wild pigs. By the 19th century the animals had been hunted to extinction in many parts of Europe. 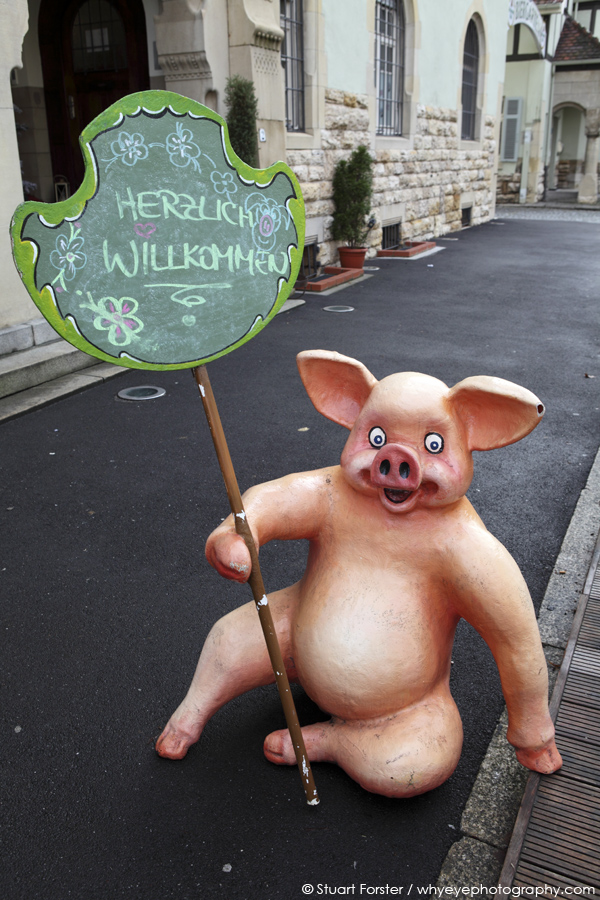 The tone of the museum varies from room to room. The attraction’s strapline is ‘Kunst, Kultur und Kitsch (meaning ‘art, culture and kitsch’). In places the exhibits are deliberately humorous and have me laughing out loud.

Steiff, the toy manufacturer, marketed a cuddly pig in 1892, a full ten years before it included teddy bears in its catalogue.

While looking at the museum’s collection of piggy banks, and wishing that travel writers had more to empty into them, I read that possibly the earliest Sparschwein, as they are known in Germany, was found in Billeben, Thuringia, and dates to the 13th century. It’s a contentious claim, apparently. Some experts argue that the piggy bank did not come into being until the 15th century. 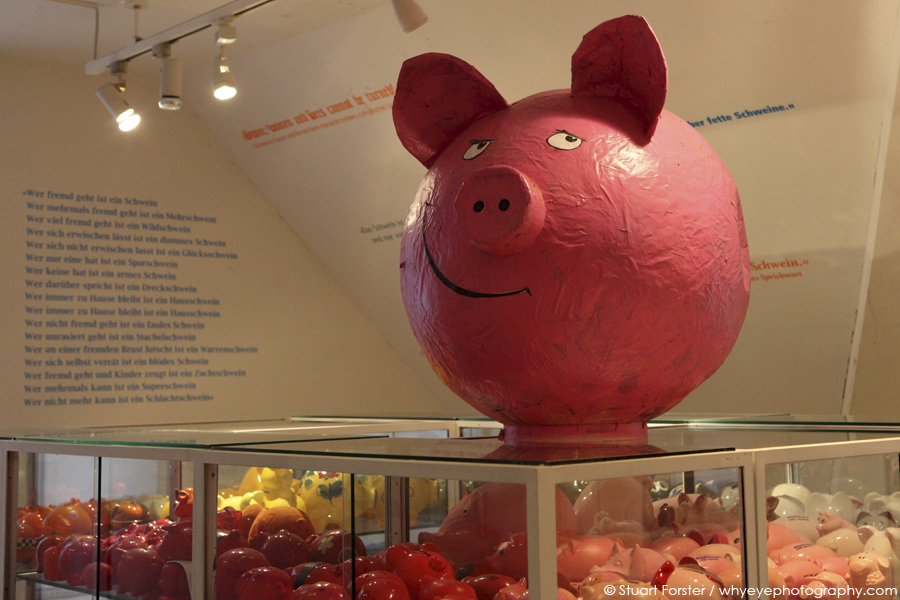 This is a great place to come if you want to learn a wealth of useless yet intriguing facts. Did you know that Denmark is the only country in the world whose human population is outnumbered by pigs?

There’s speculation that pigs can have orgasms that endure as long as 30 minutes. But that’s the case in humans too, right? What do you mean ‘and pigs might fly?’

After looking around the museum I head into the Schlachthof café-restaurant for a beer. After spending the last couple of hours learning about pigs I pass on the opportunity to order a Schnitzel.

The German National Tourist Board website holds information on tourism attractions throughout Germany.

By: Stuart Forster
Stuart is an award-winning travel journalist, professional photographer and blogger based just outside of Newcastle upon Tyne in the north-east of England. He\’s a specialist in Canada, Germany & the Netherlands and available for commissions.