Siam Park is one of the top water parks in the world (THE top water park in the world, according to TripAdvisor) and I was pleased to have the chance to check it out on on my final day of the BGTW AGM trip to Tenerife. I spent a few hours there with fellow family travel blogger Kirstie Pelling on the Saturday, before setting off for our evening flight.

Siam Park The park is spread over 7.5 acres of landscaped gardens and is designed to look like a Thai jungle village. The structure of the slides is hidden behind planting and water features, and the park’s shops, bars and restaurants are housed in Thai-style wooden buildings.

Lazy River Mai Thai River is the park’s lazy river – and very relaxing it is too. It took us about 40 minutes to float around the river on inflatables, and I later learnt that it’s 900 metres long, and is said to be the longest lazy river in the world. For most of the river journey we floated gently through lush gardens, but there’s also a rapids section, and a transparent tunnel which takes you through an aquarium containing sharks. 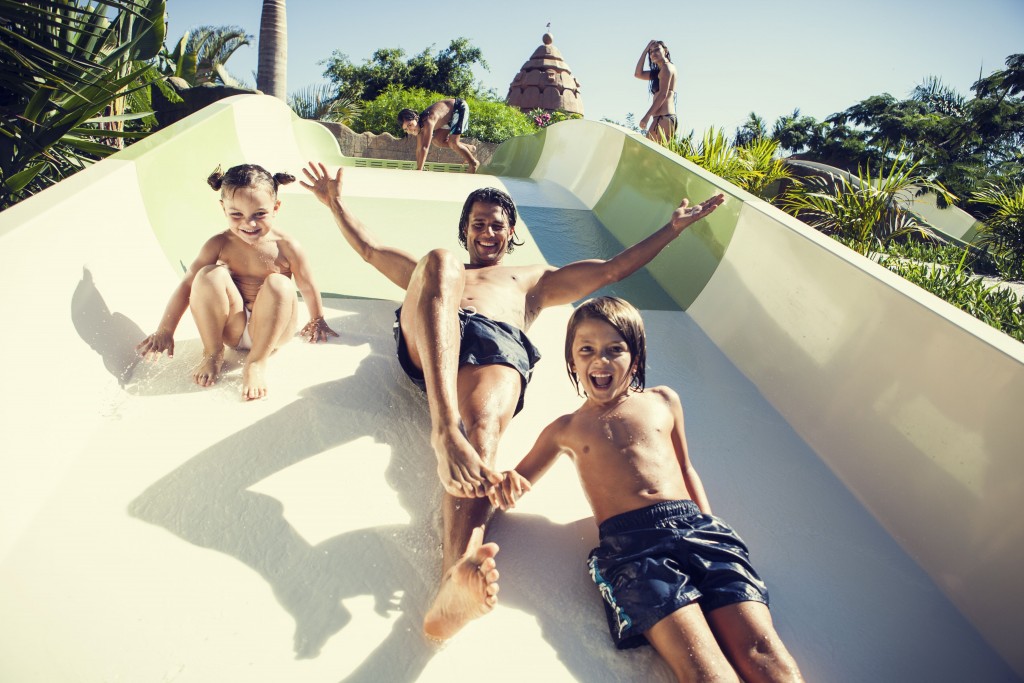 Water rides There are water rides to suit all ages and levels of bravery in the park. The Lost City is a huge water play area which is specifically designed for very young children, and I can imagine toddlers happily spending all day there. There are also rows of sun loungers and umbrellas facing the play area, as there are at places around the park.

The biggest ride in the park is the Tower of Power. At 28 metres high, it’s a giant water slide which you hurtle down at speeds of up to 80 km/hr. At the end of the drop you shoot along a transparent tunnel which goes through the shark aquarium – but you’d be going too fast to see anything, I reckon. We didn’t try this ride. 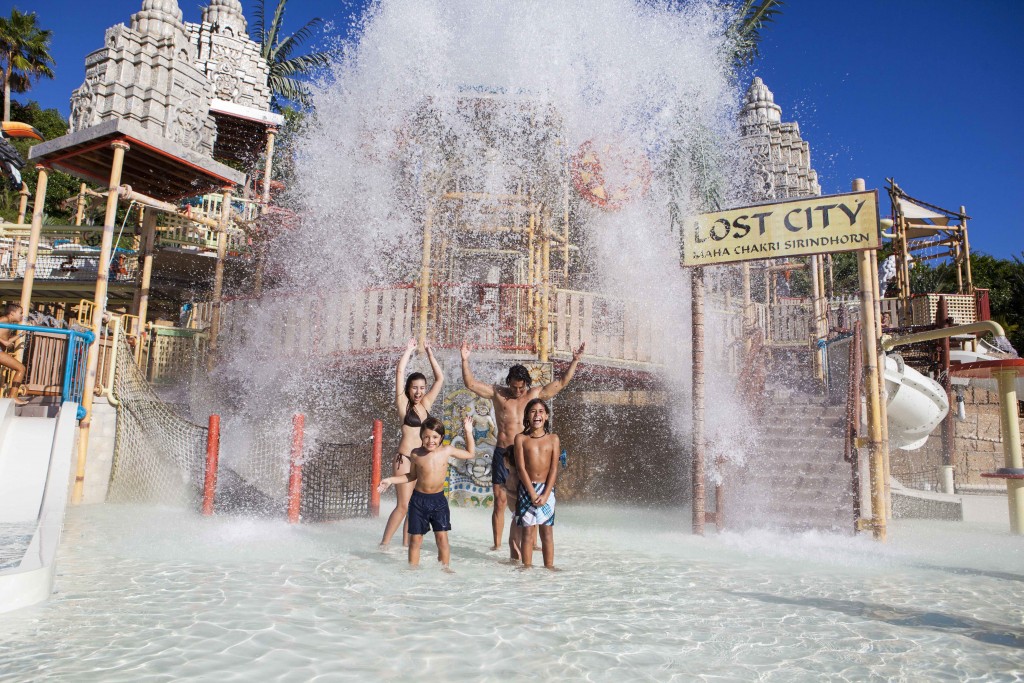 Siam Beach Siam Beach is an artificial beach which covers 9,500 square metres. It was closed for renovation when we visited, but park director Christoph Kiessling took us to see it. The beach is made of white sand, imported from the Algarve, around a vast heated freshwater pool, and there’s a wave pool which can create waves of more than three metres high. Christoph told us that these are the largest artificial waves in the world, and that they’re big enough for surfing, although when the park is open to the public, the waves are set at a much lower height.

Cabins Above the beach area there are some luxurious private cabins for hire. The cabins look very comfortable and secluded, and one even has a jacuzzi.

Restaurants The park has three restaurants and two snack bars. We had lunch at the Thai House, which offers Thai food as well as the usual chips, soft drinks, fruit, pastries and other snacks.

Verdict I enjoyed my brief visit to Siam Park and I think that my teenage kids would love to go there. I’d definitely recommend it as a fun place for a family day out.