Turning Fact into Fiction into the Amazon 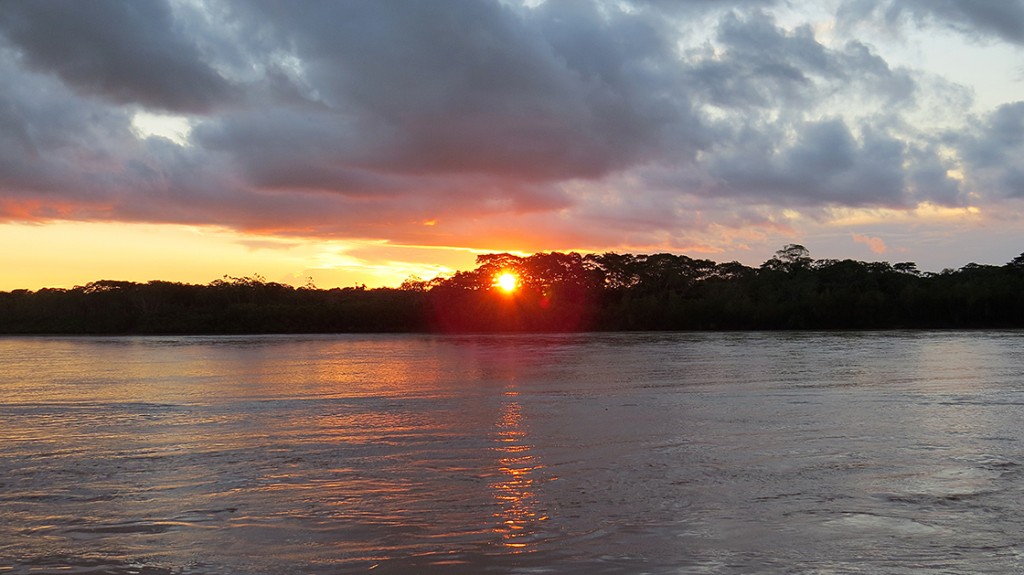 At school we might have drawn pictures of how we imagined it, or studied its decline in geography lessons. Later, for sure, we would have heard news excerpts: “global warming”, “cocaine production”, “logging”, “un-contacted tribes.” As the planet’s most bio-diverse address, the Amazon rainforest attracts a lot of attention. Even if we have never set foot there, we have a distinct impression of it cemented in our minds from an early age, and there are only a few such areas in the world – Antarctica, the Sahara perhaps – which have the same effect.

Make it out there, of course and the reality is very different. Plenty of the roads are asphalted. Jeans and baseball caps are more commonly worn than any tribal garb. There are cruise ships as well as canoes. Wifi has hit even some of the remoter regions. In Pucallpa, there is even a pub with a rather fetching range of English ales on tap. Monkeys? Most people here still see them more often on their TV screens than in the flesh. And the trees are not always in such abundant evidence.

Writing about the Amazon Basin – as I have spent much of the last decade doing – is often an exercise in reconciling one of the greatest chasms between pre-trip expectation and trip reality that exists in travel. On the one hand, you want to subvert the clichés, because, after all, you want to offer your readers a fresh perspective. But people don’t want to read about how unlikely it is that you’ll glimpse a jaguar, or how it’s seldom going to happen that you’ll get to help village elders – who had never clapped eyes on gringos before – fashion bows and arrows (in all likelihood they would prefer to shoot you with them first). People want to read about day long river trips, strange wildlife, the strange customs of far-flung indigenous communities. And part of you wants to give them that, too. 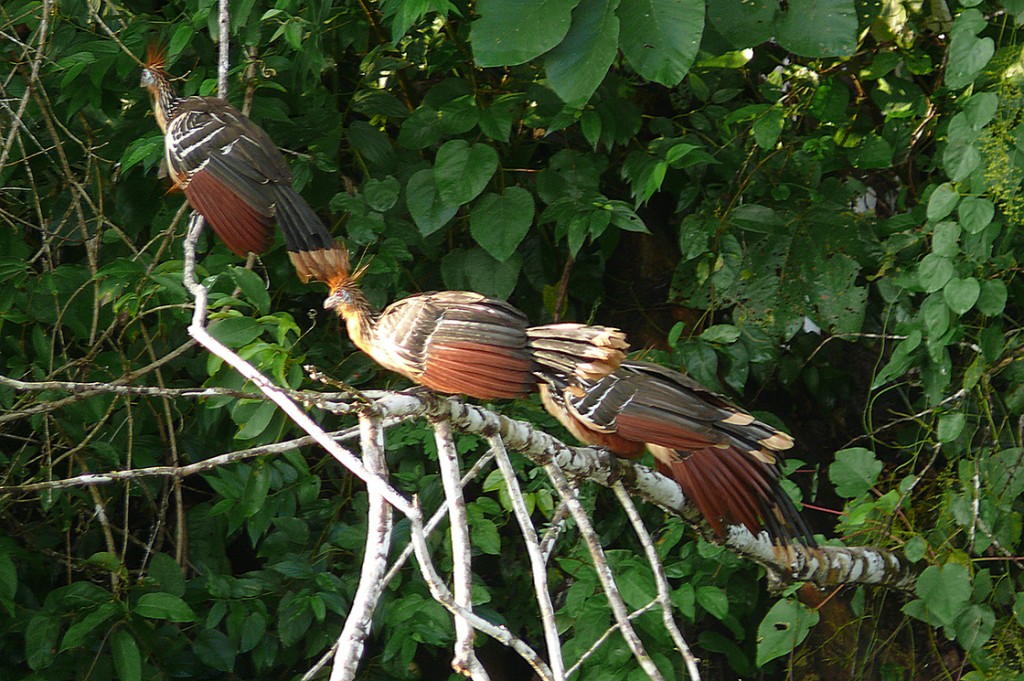 The other difficulty is of course my own knowledge of the subject matter. Not shabby, in human terms. But nevertheless, infinitesimal. I have been only to the parts humans have conquered and even the most isolated jungle outpost is still one I am obliged to experience with a guide, invariably on a tour, and for a few days at most.

In Colombia, in Ecuador, in Peru, Bolivia, Brazil, Guyana, French Guinea the jungle is all around you yet just beyond your reach. Mocking you, almost. Mocking your endeavours to quantify what is unquantifiable. Even to the most intrepid scientists travelling with the best technology at their disposal, even with its edges being whittled away at rates which vary according to which newspaper you pick up, the Amazon remains one of the world’s greatest unknowns, thwarting us through sheer vegetation. Where else on Earth are there entire townships whose inhabitants have no idea about the Internet, or aeroplanes, or tourists? As a relatively intrepid traveller myself, this frustrates me. I have an innate desire to get acquainted with the world’s great unk
nowns; if I didn’t I should probably think about changing jobs. It gladdens me too, though. The world without any great unknowns left would be a drab place.

But it frustrates me. And back at my desk, I only have so many words to deal with the subject in articles or in guidebooks. Often, searching for new means by which to tell the world about the rainforest, I’m at a glass barrier myself, able to discern some of what lies beyond but unable to find a way through into it. So how to smash the glass?

You can plumb such depths a lot further with fiction writing. In terms of the Amazon Basin, it might be the only way even I, who travel there annually, could ever plumb them satisfactorily. 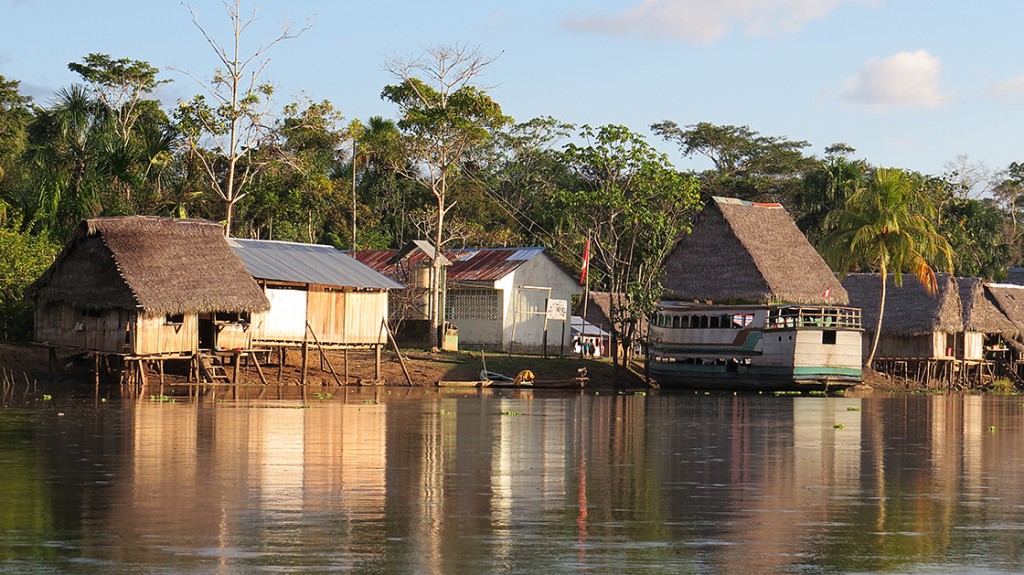 The concept for my new novel, Roebuck, came about because I was interested in exploring the jungle in a way now increasingly difficult: as the first explorers would have experienced it. No generic guided tours; no luxurious cruises; unadulterated; tribes (they were veritable nations in those days) still flourishing; colonists’ habitation confined tentatively to South America’s perimeters and in the middle a great green nothingness. Historic fiction, the genre I decided upon, allowed for a degree of poignancy (because I chose to tell the story of an explorer – albeit an unwitting one – which did indeed take place) and a degree of artistic licence (a history must stop at the gaps in the available evidence and rationalise, but an historic fiction can leap right into them).

The never-celebrated tale of Anthony Knivet, the gentleman adventurer who sailed with Sir Thomas Cavendish on the second intentional circumnavigation of the globe in the 1590s, who was abandoned on the wild coast of a nascent Brazil and spent the next decade either with the Portuguese as they sought to stamp their authority on the land over those afore-mentioned tribes people or with the tribes themselves fighting against the Portuguese, was ripe for the telling. His story – set down originally in a now-obscure volume of Samuel Purchas’ 1625 tome devoted to great British exploration, Purchas His Pilgrimes – gave unique and riveting insights into a world now vanished. My novel, Roebuck, follows Knivet’s account where possible, and then, where there are gaps, jumps into them with relish.

Narrated in the first person by a protagonist who I have inferred to be a somewhat reckless adventure seeker, Roebuck has a set of opportunities to gallivant off into untrammelled rainforest that travel writing usually does not. And yet my book owes much to travel writing. Knivet’s adventures in what would now be Brazil and Peru and Bolivia are tethered to my own knowledge of the territory, evoked by me recollecting sensations I’ve felt when, for example, forging up similar tributaries for work to those he does in the novel. Being posted to the Peruvian and Brazilian jungle earlier this year for a guidebook project enabled me to stand, at river confluences, on mud tracks, in the isolation of Manu National Park, or Pevas near the Rio Amazonas’ tri-border with Colombia, and allow myself the luxury of becoming Knivet as I had created him to be, on his own turf. I could see the world through his eyes, without the 21st-century impediments. 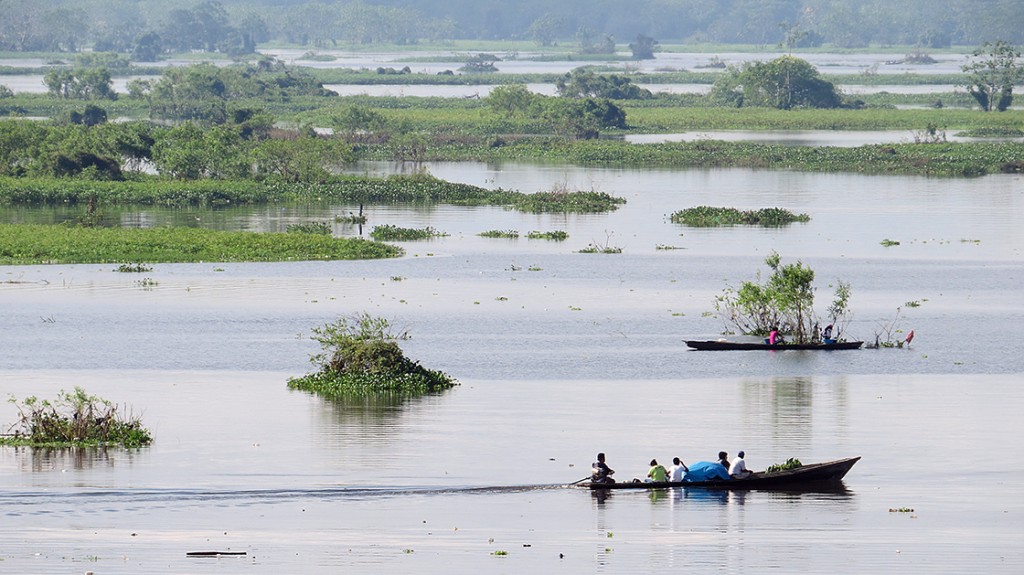 Consider for a moment the perspective of a “fresh” 16th-century adventurer like Knivet. Coming from impoverished late-Elizabethan English village life, with next to no experience of the world beyond his parish save the journey to his embarkation port and an arduous sea voyage of several months, the jungle would have seemed marvellous. Tasting fresh water or fresh fruit or, as is documented by crew from Ferdinand Magellan’s voyage, being greeted by tribes who offered their women to the sailors for some undoubtedly welcome pleasure. Well, marvellous – or marvellously frightening (cannibals, tropical disease, Portuguese with less than a little love for privateers hailing from a Protestant country).

At any rate, re-imagining the Amazon through my novel’s protagonist re-confirmed for me much of its magic. And it made me realise there are plenty of things to say about that jungle that haven’t been said yet.

Luke Waterson has written several guidebooks and features about the Amazon Basin. His debut novel Roebuck is published in December by Urbane Publications. Find out more about his work at lukeandhiswords.com