Last night we squinted through the dusk to follow the rocky, uneven path that led us back from a fiery sunset looking down into the gaping mouth of Pico Viejo, and descended Mount Teide, the moon shadow of our cable car racing down the slope beside us. This morning we squint into the light as our feet crunch across the brown picón of the Samara Trail, looking up towards the distant outline of mighty Teide, small clouds of dust rising from our heels like speech bubbles. 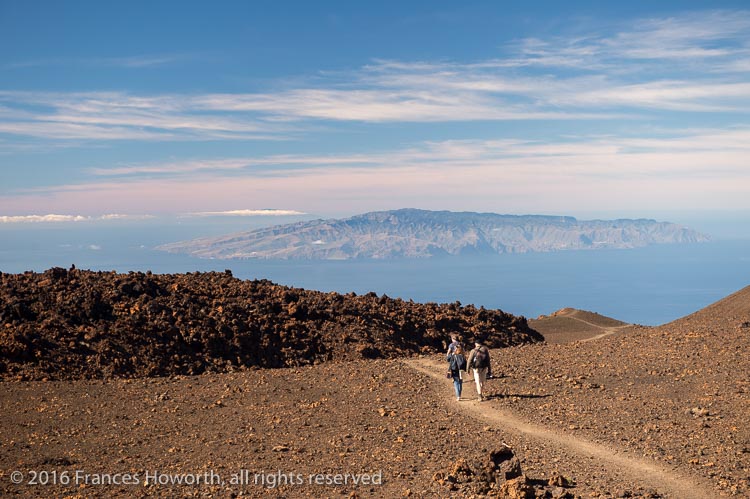 Driving from the south west coast, climbing from sea level to almost 7000ft in less than an hour, we had watched as the landscape morphed from desert, through delicate almond blossom, to desolation, the fallout from an eruption in 1798 spread all around us. Away from the tourist crowds, our path snakes out across the picón, the monotony of the terrain broken only by sparse young pines illuminated neon green by the sun’s rays, and climbs to the rim of the Samara Volcano. 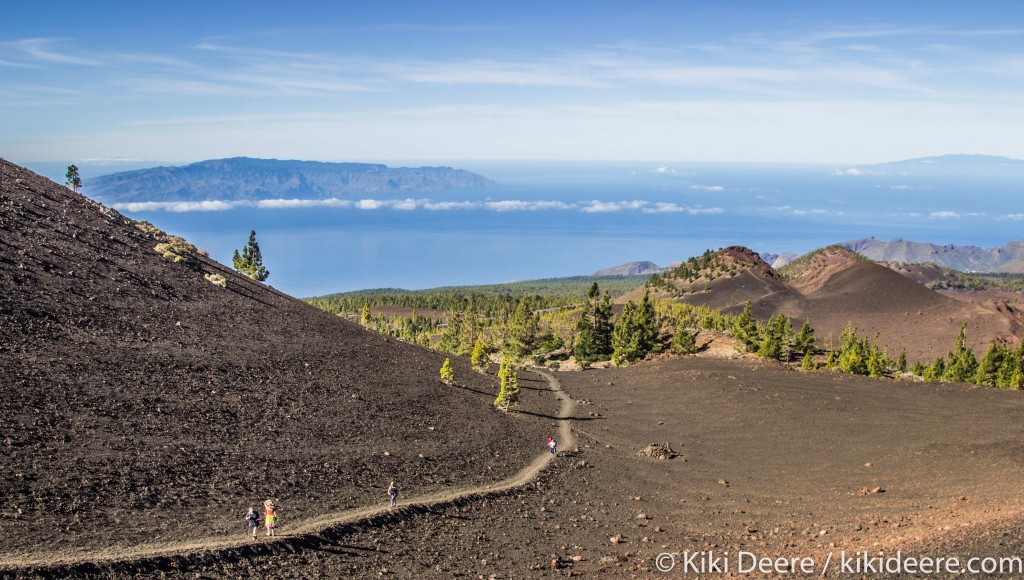 From our vantage point, we look out over a valley of volcanoes, their titles derived from the ‘say what you see’ school of naming; La Botija (the barrel), Los Hornitos (the little ovens), and in the distance, Mount Teide and Pico Viejo. At our backs, the island of La Gomera shimmers, her rugged cliffs rising in sheer columns from the ocean, a sprinkling of white houses snuggled into their folds. Off her north western flank, the twin peaks of La Palma rise, and from beyond her south western shore, little El Hierro peeks. We’re standing amongst volcanoes, our heads above the clouds, an archipelago at our feet, and our breath held captive by the barren beauty that surround us.

Andrea Montgomery and her husband Jack run the Walking Tenerife website and are authors of Walk This Way Tenerife, a brand new guide to self-guided walking on Tenerife.