When eight words a minute was top message speed

Today’s schoolchildren can have little conception of communications before the arrival of the smart phone. Guild member Stuart Forster is reminded that the advent of the internet wasn’t the first revolution in communications: 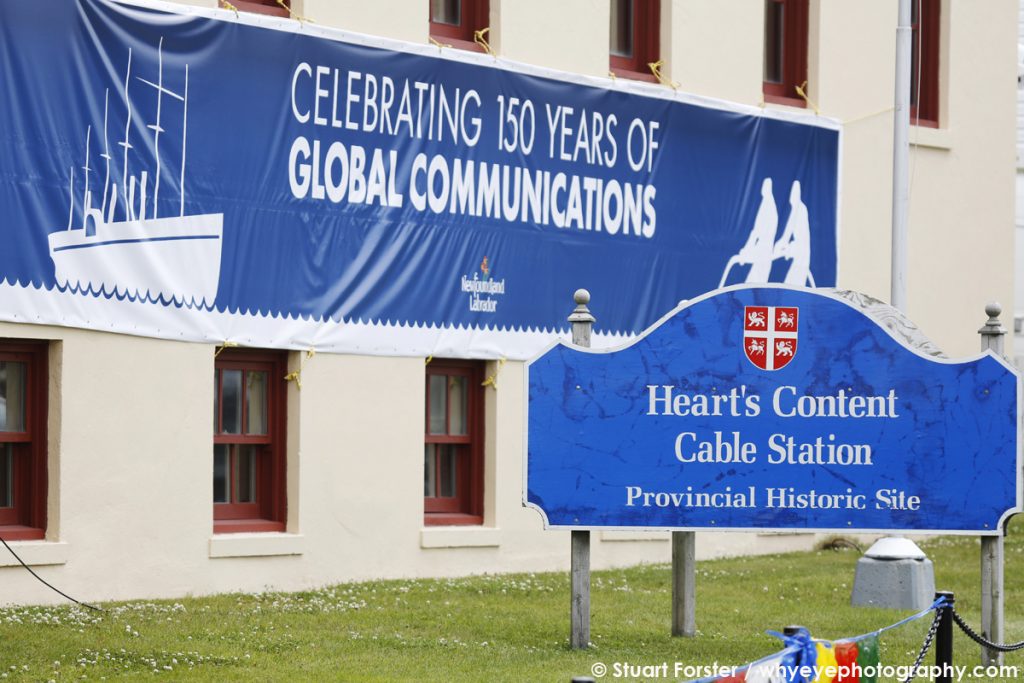 On my way to Heart’s Content, in Newfoundland and Labrador, I was informed that St John’s, the capital of the Canadian province, lies nearer to the west coast of Ireland than to the west coast of Canada. Its strategic location means it is a place of significance in the evolution of transatlantic communications.

This year celebrations were held to mark the 150th anniversary of the landing of a submarine telegraph cable at this small town, now with 418 inhabitants.

Coincidentally, the same number of people formed the complement of the SS Great Eastern, the 692 feet (211 metre) long ship designed by Isambard Kingdom Brunel. Displacing in excess of 32,000 tons, the vessel was then the largest ship afloat and carried the cable across the Atlantic Ocean and into Conception Bay.

Prior to its arrival it had taken at least ten days to send a message across the Atlantic. In bad weather ships would need longer to cross the ocean. 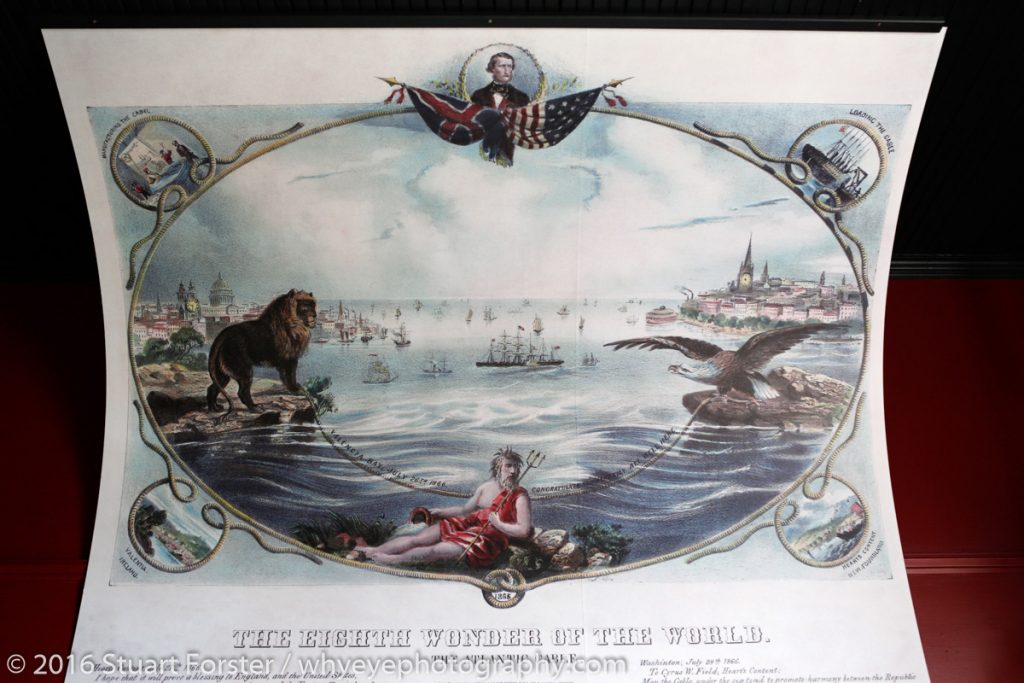 On July 27 at 11.00am Newfoundland Time (3.5 hours behind British Summer Time) the cable stations at Heart’s Content and on Valentia Island,3,071km away in the Republic of Ireland, linked up by Skype to re-enact the transmission of the inaugural transatlantic message across the historic cable.

Stripped of its gutta-percha insulation, it’s possible to see a short length of the cable’s twisted metal fibres as it runs between the shore and the Heart’s Content cable station. 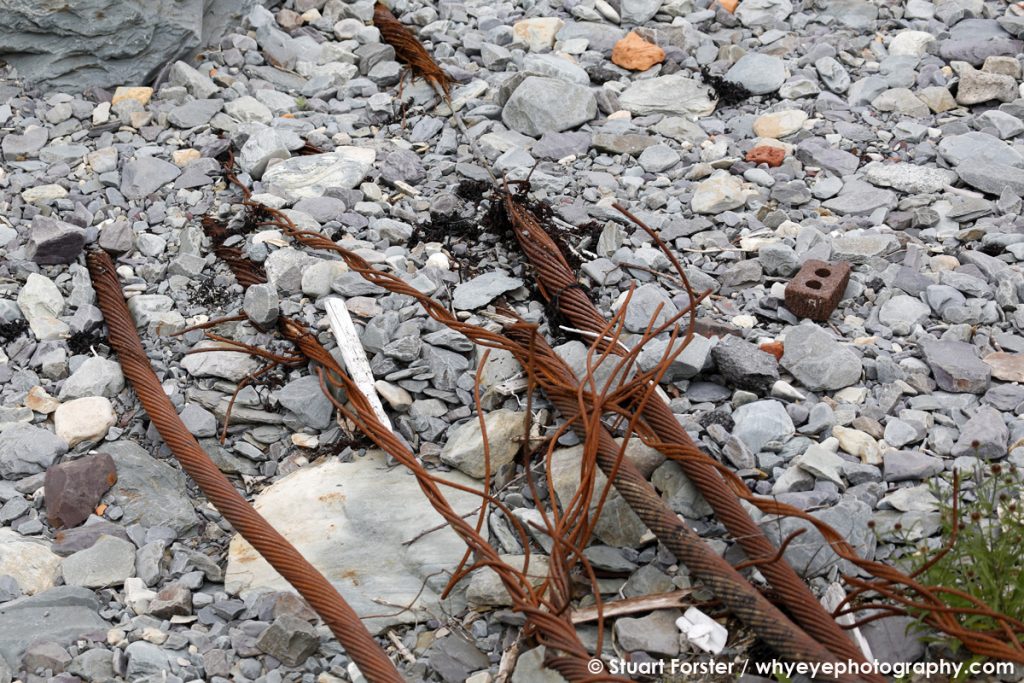 Rusted remains of the cable

Now frayed and rusted, the telegraph cable remained operational for almost a century. The station, then operated by Western Union, closed in 1965. Today the building is one of Newfoundland and Labrador’s Provincial Historic Sites. It houses an exhibition about the history of transatlantic communications and the project to establish a telegraph link between North America and Europe.

Machinery and artefacts dating from the era of communications by telegraph are displayed. Compared to modern circuitry the machines are large and slow. Yet they are, essentially, forerunners of the mobile devices by which we now communicate. 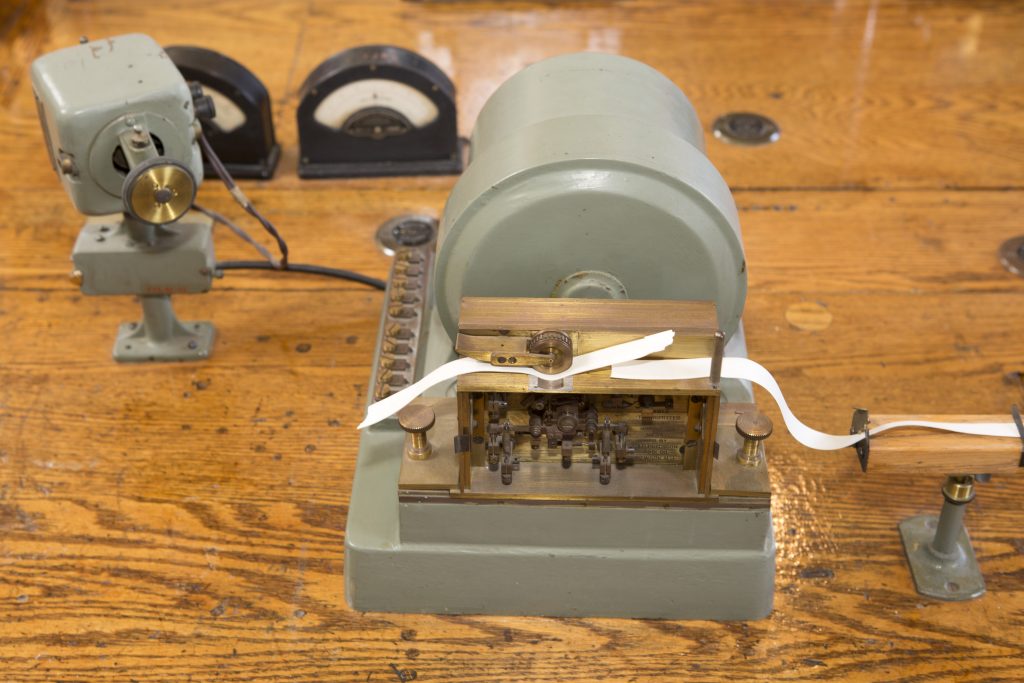 A ticker tape machine at Heart’s Content Cable Station in Newfoundland and Labrador, Canada. In 1866 Heart’s Content was connected to Valentia Island, Ireland, with a submarine, transatlantic telepgraph cable.

Early users of the cable station had to pay the Anglo-American Telegraph Company at least £20 for the privilege of sending a message by telegraph. Only eight words a minute could be communicated across the cable. By comparison, the present day charges for sending a text message while roaming seem insignificant.

To mark the anniversary a banner bearing the words “Celebrating 150 Years of Global Communications” was strung outside of Heart’s Content Cable Station.

On a wooden stage actors performed a play conveying the story of the cable. The vision and determination of Cyrus Field, an American businessman, helped ensure the cable was successfully laid. A previous cable burnt out after just a couple of weeks in 1858 and a cable snapped close to the Newfoundland coast during an attempt to establish a connection in 1865. Entertaining and informative, the play kept the attention of onlookers of all ages and, at one point, involved the children in the audience. 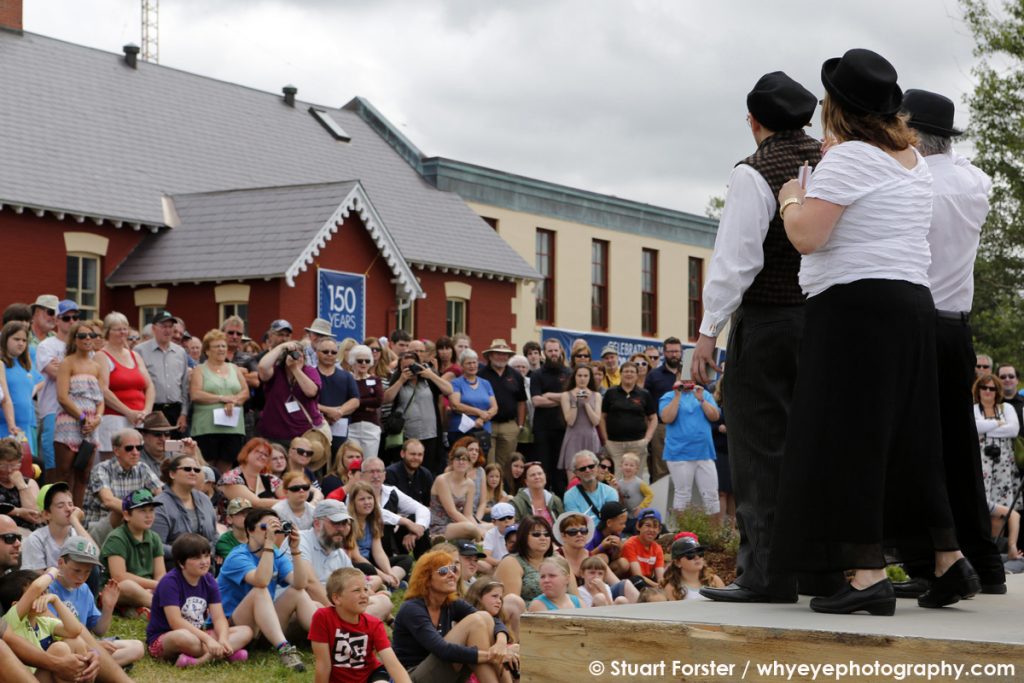 Afterwards musicians took to the stage and performed folk music hinting at the Irish ancestry of many of the present day inhabitants of Newfoundland and Labrador.

As I logged onto the internet at Heart’s Content I couldn’t help but think about the extent of the changes to communications since 1866, even the evolution made within my own lifetime. Being a travel writer and photographer without access to the internet is something I simply can’t imagine.

Further information
Find out more about the attractions of Newfoundland and Labrador on the www.newfoundlandlabrador.com website.

See www.explore-canada.co.uk for more about travel and tourism in Canada.

Stuart Forster was shortlisted for the Best Canada Online Coverage 2015 at the British Annual Canada Travel Awards, held at Canada House, in London, in March 2016.