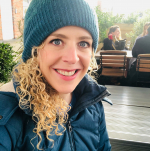 Biography:
After studying French and Spanish at university, and then Broadcast Journalism, and then professional photography, I became a factual TV producer at the BBC. I’ve been a professional TV producer for 15 years, and have worked on travel-based programmes including Food Unwrapped (Channel 4), The Treasure Hunters (BBC), Gibraltar: Britain in the Sun (Channel 5) and What on Earth (Discovery). I’ve made videos and written articles for Lonely Planet. I’m also a travel photographer, selling images both directly and though stock libraries like Alamy. I write the travel blog passportandpixels.com, which was winner of of Best Photography at the UK Blog Awards 2018 and is a finalist in the 2019 awards. In 2015, 2017 and 2019 I was shortlisted for the Wildlife Photographer of the Year Awards.