This annual event, traditionally held on the eve before World Travel Market, is a chance for the travel industry to network and catch up, and for the BGTW to announce winners of their International Tourism Awards and Members’ Excellence Awards. This year’s BGTW Annual Gala Awards 2022: ‘A Taste of Travel’ was sponsored by Hyatt and Explore Charleston, supported by Riverside Studios, Scenario Two and made Tourism Marketing, and hosted on the night by BGTW members Jon Holmes and Antonia Windsor.

Michael Palin was the surprise guest and recipient of the BGTW Award for Outstanding Contribution to Travel Journalism – the Dr Melissa Shales Award, in honour of former BGTW Chair and travel writer who passed away in December 2021. After receiving his award, Michael Palin thanked the BGTW, shared travel stories, and acknowledged the good fortune of working in travel.

The evening also celebrated the winners of the highly coveted BGTW Members’ Excellence Awards 2022 across four portfolio and 10 individual categories. The full shortlist with links to winning work plus sponsors is here. Our 2022 winners are also listed below.

Travel Feature of the Year – non UK (Visit Scotland):
James Stewart, Noah? Show me where the ocean is?, The Telegraph
*Highly commended: Shafik Meghji, Sustainability and survival in the Bolivian Amazon, JRNY magazine

Travel Blog Post of the Year (Visit West – Visit Bath and Visit Bristol):
Paul Healy, Embrace a new you with these 16 outdoor adventures in England, Anywhere We Roam
*Highly Commended: Jonathan Thompson, In Jordan, To Grandmother’s House We Go, Afar.com

BGTW Awards Director Stuart Render said: “This year, the Members’ Excellence Awards attracted a record number of entries across all 14 categories. Our judges, from the travel writing communities in the UK, Australia and the US, commented on the high quality of work by Guild members across the full range of print, online and broadcast media.”

Special thanks to our Award sponsors

The evening also included a performance from new London show CAGES, showing at Riverside Studios, food inspired by ‘A Taste of Travel’, and a raffle in aid of the Charitable Travel Fund.

The event raised £2,410 for the Charitable Travel Fund whose projects include new initiatives in Sri Lanka and Ukraine. See photos of raffle prize winners below.

Many thanks to our generous raffle prize sponsors.

Of the event, BGTW Chair Meera Dattani commented: “It was fantastic to have so many people in the room, including new and current members who make the BGTW what it is, plus so many new and long-standing industry friends and colleagues. It was an honour for the BGTW to present Michael Palin with a special award – his surprise appearance was a great addition.

We can’t thank our sponsors enough for supporting the BGTW – Hyatt, Explore Charleston, made Tourism Marketing, Scenario Two and Riverside Studios. We were also pleased to support the Charitable Travel Fund. And of course, congratulations to all the winners, finalists, and everyone who entered. We’re now looking ahead to another great year with our growing membership.”

Javier Águila, Hyatt Group President, Europe, Africa, Middle East (EAME), said, “On behalf of myself and Hyatt, it was an honour to work with the Guild and a pleasure to spend the evening with their esteemed members. The awards showcased the incredibly high quality of travel writing and content being created here in the UK and Ireland, and my sincere congratulations go to all of the winners. Until next year!”

Explore Charleston’s Doug Warner added: “It is always great to be with our friends at the BGTW and celebrate the well-deserved awards for outstanding contributions to aspirational travel.”

The BGTW Annual Gala Awards will return in 2023. To find out more, from sponsorship to awards to anything else, please do get in touch. 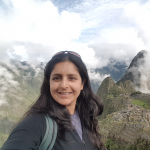