Around 200 members of the travel community gathered together to reconnect at the British Guild of Travel Writers Annual Gala Awards Dinner held at The Savoy in central London on 31 October 2021.

Are you looking for opportunities to partner with us for the next BGTW Gala Dinner in November 2022? See bgtw.org/gala

The event is always a popular occasion in the travel industry calendar as guests find out who has won the BGTW’s International Tourism Awards and Members’ Excellence Awards. With the pandemic affecting the usual calendar of activity, and the 2020 awards announced online in April, event organisers took the opportunity to immerse guests in a ‘Journey to Tenerife.’

The Champagne Networking Reception saw guests checking in to ‘Charleston International Airport’, receiving a boarding pass, then being called to the ‘departure gate’. Flying with ‘BGTW International Airways’, guests were surprised by the ‘in-flight’ appearance of the Phoenix Arts Club Singers who presented a reworked and topical version of the popular song from Les Miserables, ‘One Day More’.

Hosts for the evening were award-winning travel writers and broadcasters Jon Holmes and Antonia Windsor who joined in with the aircraft crew welcoming guests to the “very wide-bodied” aircraft that was the Lancaster Ballroom. They also welcomed to the stage guest of honour, Laura Castro, director of tourism with the Tenerife Government, who emphasised the recent rebrand of the island’s tourism offering, highlighting the range of holiday experiences that really will “awaken emotions.”

The evening saw the announcement of which travel features are to appear in a new book, ‘The Best British Travel Writing of the 21st Century’. The brainchild of BGTW member Jessica Vincent, and co-edited by fellow award-winning authors Monisha Rajesh, Levison Wood and BGTW chairman Simon Willmore, the project received over 300 submissions which were whittled down to 60. Jessica took to the stage to reveal the winning 30 stories and their writers.

A charity prize draw generated donations of over £2,000 for the BGTW’s chosen charity for the year ahead, the Charitable Travel Fund. Traditional raffle tickets were replaced by an online wheel that featured the photos of guests who had donated. The top prize of a seven-day, two-centre VIP package to Tenerife staying at the Hotel Botanico in the north of the island and the Ritz-Carlton Abama hotel in the south was won by Esther Bell.

Other prizes included a tailored, four-day, self-drive holiday to the Pas-de-Calais region of France, a three-night glamping break in west Wales in a luxury Mongolian yurt donated by lovetovisit.com, a three-night holiday by coach donated by Toureasy, and dinner and an overnight stay at the Fairmont Windsor Park hotel in Surrey.

The hosts surprised guests with additional spot prizes, including a two-night stay at the Chateau la Cheneviere in Normandy, a one-night stay at the five-star Hotel Fauchon in Paris and return travel with Eurostar, afternoon tea at The Lanesborough in London, dinner for two at Maggie Jones’s in west London, plus spirits and wine from Charleston and Tenerife.

After a sumptuous three-course meal themed with the flavours of Tenerife, guests were treated to a colourful Tenerife carnival finale performed by Los Joroperos, a 13-strong drum and dance group.

Commenting on the evening, BGTW chairman Simon Willmore said: “As the industry emerges from a challenging 20 months, it was incredible to be able to network and reconnect with friends and colleagues. The support we’ve received from our friends at Tenerife Tourism and Explore Charleston, and from across the industry, has been magnificent. Thank you so much.

“I’m also delighted that we raised so much money for the Charitable Travel Fund and I’d like to thank all the people and organisations that kindly donated prizes. There was a real excitement and optimism in the Lancaster Ballroom this evening and I look forward to 2022 and the opportunities it will bring.”

Are you looking for opportunities to partner with us for the next BGTW Gala Dinner in November 2022? See bgtw.org/gala 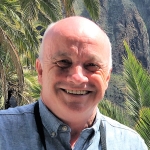