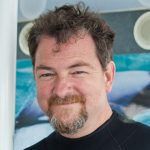 Biography :
A San Diego-based freelance travel writer-photographer since 1995, David Swanson has traveled through more than 100 countries around the globe. En route, his stories and photos have been published in more than 50 North American newspapers and dozens of magazines and websites.

Currently, David is a regular contributor to National Geographic Traveler, Westways, Cruise Critic, Corporate & Incentive Travel, USA Today, the Los Angeles Times, San Francisco Chronicle, and others. He wrote the multiple award-winning “Affordable Caribbean” column for Caribbean Travel & Life for 14 years, and he is author or co-author of 16 different travel guidebooks. He was chosen by the Caribbean Tourism Organization as Travel Writer of the Year as well as awarded for Best Feature Article in a Consumer Magazine by CTO.

The Caribbean has been the focus for many stories, and his research has brought him to all of the islands for multiple visits. But, consumed with a severe case of wanderlust, other happy distractions for him have included jaunts to such far-flung outposts as Greenland, Easter Island, Armenia, Mongolia, Gates of the Arctic, and La Réunion, plus the smoldering volcanic summits of Mount St. Helens, Soufrière Hills, Piton de la Fournaise and Mount Etna. He is a frequent traveler to Africa (7 trips to 10 different countries), Australia, New Zealand, Alaska, the British Isles, and Italy, with multiple cover stories in major outlets about each. Travels in 2017 encompassed New Orleans, Wyoming, Mackinac Island, Charleston SC, Orlando, Alaska, Bahamas, France, Germany, Switzerland, India, China, Hong Kong, Bangkok and Vietnam, and coverage included a multi-part cover story on Disney's Asian theme parks for the Los Angeles Times. David is also an expert on cruises, and has traveled with all of the top industry brands.

David is the winner of multiple Muster awards for his photography, including Gold for his 2017 single-subject portfolio. He served on SATW's Board of Directors for 4 years, co-chaired the Society's New Zealand convention in 2011, and was chair of the tours component for the 2015 convention. David is SATW's President for the 2018-19 term.