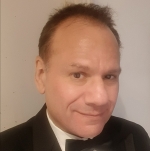 Biography :
John Malathronas is a seasoned travel writer and photographer who writes for the Guardian, The Sunday Times Travel Magazine, CNN Travel, Nat Geo Traveller, The Daily Telegraph, The 'i', The Daily Mail, in-flight magazines (Turkish Airlines, Wizz Air, Lux-Air) as well as for online websites such as Adventure.com and Love Exploring. He has published  three narrative travelogues on Brazil, South Africa and Singapore with Summersdale and a Brazil Wildlife Guide for New Holland Publishing.  He has also co-authored twelve guidebooks by Michelin and the Rough Guides. He has a well-regarded, The Jolly Traveller, and speaks several languages fluently – something that allows him to dig deep into the culture of a country. He is very active in the social media sphere, tweeting and blogging as he moves over the breadth of our planet, as a proud member of the British Guild of Travel Writers and the Society of Authors. His particular interests are short breaks, history & culture, food & drink, Adventure Travel and Wildlife and his specialist destinations include the UK, Greece, Belgium, German-speaking Europe (Germany, Switzerland and Austria), Eastern Europe, South America (especially Brazil and Argentina), New Zealand and Singapore.