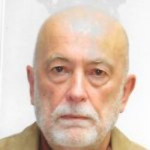 Biography:
Widely-travelled but ageing award-winning hack with more than 40 years experience as a staff journalist (news reporter/feature writer/leader writer/sub-editor and editor) on various national, regional and local newspapers. Life member of NUJ.  Now freelancing mostly for the nationals. Won Czech Tourism’s 2019 Press Award for Sun article about the delights of beer drinking in Bohemia and shortlisted for ATTA travel writing award over Sun feature about Swaziland (or Eswatini, as it is now known). Have also taught English in Istanbul, worked on a kibbutz and down a copper mine in Israel,  laboured on a building site in Muskogee, Oklahoma, and once as a young journalist had the “misfortune” of being kept under house arrest for several days in an African bordello following a military coup.