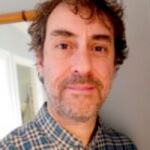 Biography :
Robert started writing about travel in 2005 as a staff member at the Daily Express. As music editor, he sought to combine travel with music and covered stories everywhere, from Tobago and Memphis to Antibes and Israel. He left the company in 2012 and the necessity of focussing on his career as a freelance sub-editor kept him from travel writing but in recent years he has been able to return to it with gusto. Music is still Robert's primary interest and close seconds are food and wine and European history. Last year he travelled to Kentucky and the Dordogne for the Daily Star and more recently to Rouen for France Today and Voyage magazines to write about Armada, the city’s huge maritime event in June. This year he has been to Bilbao and San Sebastian to explore their pintxos and craft beer scenes for Voyage (the Brittany Ferries onboard title), and parts of the US mid-west. He also covers travel, music and the arts for Travel Begins at 40.