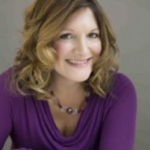 Biography:
Susanna founded the BritMums influencer network in 2008 after a career in marketing. She is often quoted as a pioneer in the Mum Blogging space, has been named a top female entrepreneur and featured in The Times, The FT, The Independent, The Guardian, The Sun, and Red magazine, amongst others. Susanna speaks frequently about blogging, social networking and the BritMums community at industry events. She also loves to travel and eat. This blog, according to Cision, ranks in the Top 10 in the UK for Family Travel.