We’ve just had the second Budget of the year, and I’m guessing that, for the Chancellor, Rishi Sunak, this was probably one of the most difficult since such things started, attributed to Sir Robert Walpole back in 1733.

We’re still in the depths of the COVID-19 pandemic. The financial costs related to that are staggeringly high: fuel prices are increasing, inflation is increasing, there are skills shortages, and unpopular policies for Universal Credit and increased NI next year. As if this wasn’t difficult enough, there is the big question of the moment, climate change! I’m guessing that there aren’t too many people who’d be willing to take on Rishi Sunak’s job at the moment.

There are positives though. Many jobs have been protected; the economy is growing, albeit on a low base; and tax revenues are higher than expected. Even before the Budget, £20 billion of measures had been announced. These include investment in the NHS, infrastructure, education, housing and childcare. Also, there’s to be an increase in the National Living Wage to £9.50 from next April.

Some previously announced ‘stealth taxes’, such as freezing personal allowances from April 2022, will generate extra tax revenue. Perhaps the most significant change in April will be the increase in National Insurance (NI) contributions and additional amounts payable on dividends paid. It will also affect those still earning but, because they are over state retirement age, have not paid NI.

The Chancellor opened his speech by saying, “Employment is up, investment is growing, public services are improving, public finances are stabilising and wages are rising”. He also mentioned ‘levelling up’, which will no doubt be a bit of a theme for the future, as the Government aims to fulfil their election promises to the electorate.

In recent years, we’ve got used to low inflation rates and so the increase in prices has come as a bit of a shock; these are likely to continue beyond Christmas and no doubt will hit hard in the coming months.

In his Budget speech, the Chancellor confirmed spending on:

Housing: £24bn, including £11.5bn on affordable housing. Brown field sites to be targeted and £5bn towards replacing unsafe cladding, partly funded by a Residential Property Developers Tax. (Being a rate of 4% on those with profits over £25m).

Policing and courts: The Budget will fund 20,000 new police officers, £2.2bn for courts and rehabilitation and £3.8bn for new prisons.

Infrastructure: £21bn on roads, £46bn on railways and £5.7bn for London-style transport across city regions, as well as £5bn for cycling infrastructure.

Alcohol duties: The Chancellor announced a simplification of alcohol duties that would be based on strength, meaning some will be more expensive and some cheaper, and to iron out some anomalies in the system.

Rates relief for hospitality businesses: A new 50% business rates discount in the retail, hospitality and leisure sectors for one year.

Fuel duty: Has been frozen.

Draught beer and cider: Support for pubs that serve beer and cider from draught containers over 40 litres. A reduction of 5% in the duty should reduce the price of a pint by 3p.

Universal Credit: Immediate changes were announced to the universal credit taper, a cut of 8% to 55%, to make it beneficial to work more.

“I want taxes to be going down not up”

In conclusion, Rishi Sunak, said, ”Taxes are rising to their highest level as a percentage of GDP, since the early 1950s. I don’t like it, but I can’t apologise for it, it is the result of the unprecedented crisis we faced and the extraordinary action we took in response.”

He wants to reduce taxes by the end of this Parliament and added, “I want taxes to be going down not up.”

A recording of the Budget review webinar is now available for you to view here.

If you have any feedback or comments on the webinar, or would like to be put in touch with our team of experts, please don’t hesitate to get in touch at [email protected]

You can review a copy of the presentation slides here, and our Budget Summary can be found here. Our tax card can be viewed here. 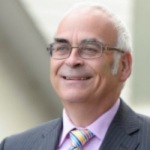