I was invited to talk on a travel panel recently by TRT World – the ‘World Service’ of the Turkish Broadcasting Corporation – facilitated by Rob from the BGTW Secretariat.

I have some experience of broadcast media and am always happy to talk about travel issues, so I went along, taking part in an interesting round-table discussion with some younger travel folk on the influence of social media (and in particular high-profile Instagrammers) on travel and the destinations they are visiting.

As someone who has worked in travel media for four decades, and one of the founders of Rough Guides, I was clearly invited to represent an old-school point-of-view, alongside three other contributors – Charlie Wild (The Travel Project), Ben Humby (from the PMYB influencer agency) and Dana Watts (Leave No Trace) – who between them represent maybe a more contemporary face of travel.

I’d spoken to the researcher beforehand so they were well aware of my take on things, and the host led a well-structured discussion in which he was clear from the outset on what he wanted from each participant. This was helpful, and it was a great discussion which covered a lot of ground.

I was perhaps more enthusiastic about social media than they were expecting but also made points about the shallowness and narcissism of some travel influencers, as well as the potentially negative impact of mass tourism in general – not only now but in the future. Perhaps to the surprise of our hosts, there was a lot of agreement on these issues, indeed the show uncovered more common feeling than antipathy.

Like all good discussions, there was a lot more than we could cover in half an hour, and the programme could have gone on for a lot longer.

If I learned anything, it was something very positive – that although the business model has changed completely, many of the people who are re-shaping independent travel content now have much the same impulses, enthusiasms, concerns and problems as we had all those years ago: how to make money doing what they love; how to maintain a distance from the travel industry; how to enthuse about places without ruining them; and above all how to create high-quality, engaging content that people can easily find and connect with.

All in all, then, a debate worth having and one which will run and run… 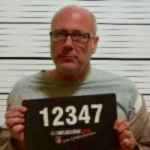