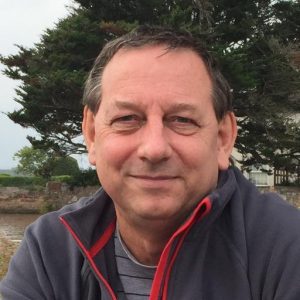 There has always been ‘churn’. Destinations & travel styles open up and come into fashion all the time, while others recede or fall off the map. Over the years there have been places off the mainstream tourist map – eg. Vietnam, the Balkans, Namibia, Myanmar, Lebanon – that then came on, and others that were on – Syria, Tunisia, half of the Ukraine! – that suddenly fell off! But, it feels like the pace of travel churn has accelerated.

At last year’s BGTW Gala Awards, an unlikely outsider, The Sinai Trail (run by local Bedouin, and nominated by one of our members) took the top prize for Best New Tourism Project in the Wider World. Yesterday, I heard that there had been a terrorist shooting incident at St Katherine’s monastery, the hub for the trail. Egypt’s tourism has been in flux for a while and it doesn’t look like it’s getting better. Meanwhile this week, tourists are flocking in droves away from Turkey since the weekend’s election results, Emirates have announced they are dropping several flights to the USA due to falling demand because of the Trump travel ban, and his comments about ditching the Iranian nukes deal have left travellers wondering if travel to the newly opened-up Iran may suddenly be off the map again.

My point is (I was getting there, honest!), BGTW members are among the first into new destinations and the last out. Even better, they often have specialist local knowledge (particularly true of our guidebook writers) so they can make comparisons over time. And, they are increasingly active & influential on social media, giving them a real-time impact too… as Champagne & Ardennes Tourism discovered when we took 90 members to Reims in January for our AGM and reached 370k Instagram accounts and over 1.7m Twitter accounts.

So please look through what some of our members are currently up to, and see if there are some topical ideas to pick up. 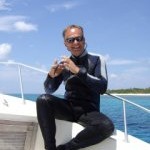 Author and broadcaster Tim Ecott has just returned from his 5th visit to Faroe Islands making a Radio 4 Crossing Continents documentary. He has climbed Faroes’ highest and lowest mountains, eaten in Koks the Michelin star restaurant several times and visited gannet and petrel colonies. He is available for commissions and will be returning to the islands in the summer. He has also recently completed his 66th visit to Seychelles where he is familiar with all the luxury properties and all of the islands where tourists go.

In addition to Andrew Eames usual newspaper outlets, he also produces the weekly travel spread in the Sunday People. When he’s looking for suggestions he announces the subject via my Twitter feed, so PRs should watch @mounteagle.

Lynn Houghton has many yarns to spin over the coming months. She will be on a Grand Tour of Canada with Travelsphere that includes taking in the Rocky Mountaineer train ride and, on the other end of the economic spectrum, is visiting Cuba on a shoestring. This is the 50th Anniversary of the Summer of Love and Lynn will be spending time in the Bay Area and San Francisco to investigate all the happenings, concerts and events. 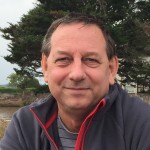 Meanwhile, my longstanding Travel-Lists.co.uk site is offline for a complete overhaul, but my niche blog, Mechtraveller.com is slowly growing. Again, if you want content about mechanically-minded travel, let me know.

“Don’t Panic!   Don’t Panic”! The words came from the ceiling in Mari Nicholson’s Tokyo hotel room to tell me an earthquake was happening. I panicked like Corporal Jones. Ask me about it, about Tokyo. Now to Andalucia with SilverSpain where mature travellers can learn to change habits of a lifetime by indulging in Spa treatments while enjoying a Mediterranean diet, doing gentle morning exercises, walking in beautiful National Parks, sight-seeing in nearby towns, and chatting with chefs about diet. Just what I need to de-stress. 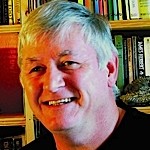 BOATING ON THE THAMES

Peter Lynch is continuing his rolling contract to update hotel reviews for the US travel trade, 220 London hotels completed. Soon he will start looking at some fabulous Cotswold properties. In June he will be cruising the Thames in a family cruiser, checking out riverside pubs and restaurants. 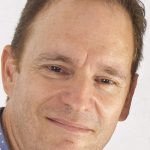 In June Andrew Edwards translation of Borges in Sicily will be published by Haus. He will be in Sicily over the summer with a view to writing articles. He is also working, as co-author, on a travel book provisionally entitled In His Master’s Reflection, following in the footsteps of Lord Byron’s doctor, John Polidori. He is also co-author of Andalucia: A Literary Guide for Travellers, recently reviewed by the TLS: ‘thoughtful, thoroughly researched and remarkably well-balanced’. 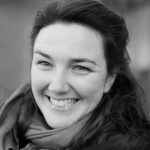 In May, Diana Jarvis is heading to Munich to research urban life and nearby outdoor adventures and open to commissions.

She have a Nat Geo Traveller commission to shoot a story in and around Deia and Sóller in Mallorca and am looking for other commissions in the area.

She’s heading to Mongolia for the Naadam Festival in mid July and will also cover the Gobi desert and Ulaanbatar and open to other ideas and associated commissions. 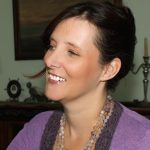 DODECANESE ISLANDS (ALL 15 OF THEM!) AND EVIA ISLAND IN GREECE

The summer of 2017 will be a busy one for Rebecca Hall. As a Rough Guide co-author, she’ll be researching Athens and the Greek island chain of the Dodecanese to bring the Rough Guides to Greece & the Greek Islands up to date ready for publication in the spring of 2018.

She’s also doing a presentation of her debut novel Girl Gone Greek on the Greek island of Evia in award-winning Thermae Spa Hotel, whilst all the while, keeping on top of her blog www.lifebeyondbordersblog.com 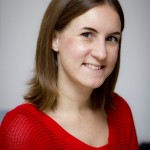 A NEW FOCUS ON UK TRAVEL

Helen Ochyra, specialist in travel to the UK, Spain and Australia, is currently focusing on a new tourism project in southwest England and her upcoming first book, on a journey around Scotland. In addition, she will be spending some time in Australia, attending ATE and journeying across the country on the Indian Pacific, and eating her way around Galicia in Spain. 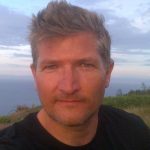 In a busy start to the year I’ve had articles published in the Telegraph, Scotsman, Scotland on Sunday, Sun, Herald, and have a new fortnightly travel column in the Courier. Although He’s got over 30 trips booked for 2017 He’s always interested in press trips to ‘new’ destinations or different angles. Average 4-5 articles a trip, plus online and social coverage. Occasional BBC radio coverage too.

Taking bookings through to December 2018. More on www.robinmckelvie.com 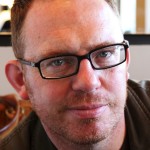 AWARDS PLUS MATERIAL FROM HAMBURG, HOLLAND, CANADA AND CLOSER TO HOME

Stuart Forster was awarded a 2017 British Annual Canada Travel Award for Best Online Coverage for a feature on walking with polar bears in Manitoba, Canada. At the 2017 Holland Press Awards he was named the winner of the Best City Feature category.

He has fresh material from Hamburg, destinations around the Netherlands, provinces across Canada and from north-east England to offer commissioning editors.

FROM LAOS TO LATIN AMERICA

Travel writer, journalist and Rough Guides author Shafik Meghji is just back from Laos and Costa Rica. Next up are Bolivia, New Zealand and Chile. Current projects include print and digital articles, guidebooks, and podcast, radio and TV appearances. Check out his latest work at www.shafikmeghji.com. 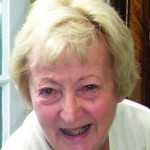 FROM AMSTERDAM TO ANGKOR

Carol Wright has just been awarded Outstanding Article of the Year in the 2017 Holland Press Awards for a feature on the Golden Age of Amsterdam. Next up are trips to explore the wine lands of Valencia and in the autumn a detailed trip to Cambodia and Laos. For the latter, she is looking for interesting hotels and people to write about.

Solange Hando is just back from Luxembourg, scenery, culture and wine, now setting off to Canada road and rail coast to coast. Next are the Vaucluse, lower Danube, Italian lakes and Madagascar, lots of ideas, lots of pictures. Interested? 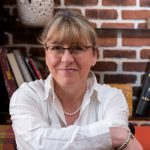 A BOOK, A RECORD BREAKING BLOG AND AN AWARD…

Janine Marsh’s Book was published in May: “My Good Life inFrance” follows her adventures as she gives up London life to renovate a hovel hoping to find rural bliss. “Janine’s voice and humour bubbles off the page like a glass of your favourite Champagne” says author Samantha Verant.

In April 2017 she won a France Travel Media award for best social media feature for her blog www.thegoodlifefrance.com which receives +1 million page views a month. 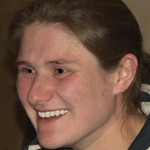 The 2nd edition of Caroline Mills travel guide, Cool Caravanning: a selection of stunning sites in the English countryside for caravans, campervans and motorhomes, was published 2nd May by IMM Lifestyle. A leading authority on campsites, She is available for features based upon the guide or on any other theme relating to camping, caravanning and touring in the UK and mainland Europe. Forthcoming trips include Snowdonia, Teesdale, Scotland’s North Coast 500, the Yorkshire Wolds, Lithuania and Northern France.

Susie Boulton will soon be barging through Burgundy on a log-carrier converted to a floating hotel. The pace will accelerate in Beirut where she will be seeing the city’s rapid regeneration –along with the inevitable scars of its brutal civil war. Excursions will take her to picturesque and ancient Byblos, the organic wineries in the hills above Batroun and the mountainous interior. In late summer she’ll be sussing out the art scene in Barcelona. Susie’s new guidebook, Insight Guides Explore Lisbon, will be published at the end of July.

FROM GORILLA TRACKING IN UGANDA TO SLOTH SPOTTING IN NICARAGUA

Petra Shepherd has had a busy start to the year with trips to Uganda (for gorilla tracking and chimpanzee trekking), Champagne for the BGTW AGM, a whistle stop tour of Nicaragua, Skiing in Fiss, Austria and celebrated Easter in Madrid and Andalucia. August will see her in Winnipeg and a big trip to Australia’s Northern Territory and Sydney is planned for later on in the year. Petra continues to post regularly on twitter @petra_shepherd, facebook and The Huffington Post and is a Silver Tier Writer for Silver Travel Advisor http://www.silvertraveladvisor.com/

The British Guild of Travel Writers, May 2017

Carousel Image: Beach in the Sithonia peninsula in Chalkidiki with Mt Athos in the background, Greece. Photo by John Malathronas.