Adrian Phillips, managing director of Bradt Travel Guides, has been named ‘BGTW Travel Writer of the Year’ at the British Guild of Travel Writers’ Annual Gala Awards Dinner held at The Savoy in central London on 4 November.

The event, sponsored by the Balearic Islands Tourist Board (comprising Mallorca, Menorca, Ibiza and Formentera) and celebrating its 20th anniversary, was attended by around 270 leading travel industry professionals.

Two sets of awards were presented. The ‘BGTW Members’ Awards’ recognises excellence across all disciplines of travel journalism, including travel writing, photography and blogging. Entries are judged by a team of international editors and travel writers. The ‘BGTW Tourism Awards 2018’, celebrating its 40th anniversary this year, showcases outstanding tourism projects in three categories: UK and Ireland, European, and the Wider World. Projects are voted for by Guild members.

In the ‘BGTW Tourism Awards 2018’, the award for ‘Best UK and Ireland Project’ went to ‘Being Brunel’, the Bristol-based attraction that celebrates Isambard Kingdom Brunel’s work and life.

Receiving the award for ‘Best European Project’ was Backwaters Tours for its electric hybrid cruise boat that started operating on the rivers and canals of France in June this year.

The final award, ‘Best Wider World Project’ went to the Waitukubuli National Trail on the island of Dominica in the Caribbean. The hiking trail, a major tourist attraction on the island, reopened earlier this year after being partly destroyed in a hurricane in 2017.

The evening’s charity raffle raised a magnificent £3,500 for the Family Holiday Association. Entertainment was provided by the Choir of the University of the Balearic Islands who had flown in specially for the event.

Commenting on all the award winners, Alastair McKenzie, chair of the British Guild of Travel Writers, says: “This has been an evening of celebration, recognising excellence among our own Guild members, and showcasing some innovative and remarkable tourism projects across the world.

“I would like to add my congratulations to all the winners, and to all those who were highly commended or received a Merit Award. I’m amazed just how often I walk into a visitor attraction in the UK, in continental Europe, or further afield, and spot a BGTW Tourism Awards certificate in pride of place at the entrance. The impact of these awards shouldn’t be underestimated.”

The British Guild of Travel Writers is a community of accredited writers, photographers, and broadcasters; the trusted body for independent editorial comment and expert content on worldwide travel.

Adrian is Managing Director of Bradt Travel Guides, the UK’s biggest independent guidebook publisher, and an award-winning travel writer and broadcaster covering everything from adventure travel to city breaks in destinations around the world. His work has been published in National Geographic Traveller, the Telegraph, the Guardian, the Independent, the Evening Standard and more. He’s also a guidebook writer, with Hungary/Budapest a particular speciality, a regular travel commentator on the BBC and SKY, and an experienced public speaker.

Ben Lerwill has been a freelance travel writer since 2006. He contributes regularly to consumer, trade and online publications and has travelled widely. Key areas of interest include the outdoors, adventure travel, rail travel, family travel and cultural tourism. Outlets include National Geographic Traveller, Wanderlust and BBC Countryfile. He enjoys travel to lesser known destinations, and also edits #LiveMoreYHA, a quarterly magazine for YHA England & Wales.

Winner: Tristan Rutherford, for ‘The Rail Thing…The Cambodia Riviera’, published in The Daily Telegraph – 26 February 2018
Based on the French Riviera, Tristan Rutherford has been a freelance travel journalist for the likes of The Times, The Daily Telegraph and National Geographic since 2002. As well as living in France, he spends significant periods in Croatia, Thailand and Turkey. His interests include luxury travel, sailing and great rail journeys.

BGTW Photographer of the Year
Sponsored by
Winner: James Rushforth

James Rushforth is an experienced and professional climber, mountaineer, skier and high-liner and is an expert on the Italian Dolomites. An acclaimed photographer, he has won 12 international photography competitions, while his articles have been published in National Geographic, The Times and The Daily Telegraph.

Winner: James Lowen, for ’52 European Wildlife Weekends’, published by Bradt Travel Guides – April 2018
An award-winning travel writer, with a particular focus on wildlife, James Lowen is the author of five books about the UK, Antarctica and South America, one scooping ‘Travel Guide Book of the Year 2016’. James loves jumping the ditch between twitcher and interested layman, opening up specialist knowledge to a much broader readership. He also edits travel books and magazines and his photography is represented by FLPA and Alamy.

Brian Jackman is a FRGS and Travel Writer of the Year, 1982. After 20 years with the Sunday Times, he left to freelance and pursue a love affair with Africa and the natural world. He is the co-author (with Jonathan Scott) of The Marsh Lions, acclaimed as an African wildlife classic and re-issued in 2012.

Winner: ‘Being Brunel’, Bristol, UK
www.ssgreatbritain.org
‘Being Brunel’ is a new attraction that brings together the world’s most significant collection on Isambard Kingdom Brunel and tells the story of this engineering genius, with many items that have not previously been on public display. The attraction is housed within a custom-built museum building alongside Brunel’s ship, SS Great Britain, with access to the restored Grade II* historic Dock Office building, which formerly housed the offices of the Great Western Steamship Company and Brunel’s Drawing Office.

Winner: Electric Hybrid Cruise Boat – Backwaters Tours, France
www.backwaters.tours
‘Natalia’ is a purpose-built, eco-friendly, 60-seat, electric hybrid boat, perhaps best described as a floating observation lounge. Launched in June 2018 to tour the hidden canals and rivers of France, the vessel has been developed by UK-based Backwaters Tours to champion responsible tourism and strong green credentials in a market sector that traditionally relies on diesel-engined craft. ‘Natalia’ is now providing the focus for a no-fly tour-cruise holiday option. The slow pace of travel means the same hotel can be used all week. Guests enjoy a morning cruise and lunch supplied by a local boulangerie, before travelling by coach to visit local chateaux, vineyards and historic towns and cities.

Winner: Waitukubuli National Trail, Clearance and Restoration, Segment 11
Dominica
www.waitukubulitrail.com
On 18 September 2017 Hurricane Maria struck the Caribbean island of Dominica, killing 65 people, destroying roads, bridges and farms, and leaving 90 per cent of homes without a roof. It also battered the island’s tourism industry. Annette and Stefan Loerner, owners of the Tamarind Tree Hotel, decided the best way to encourage visitors back was to restore a section of the now blocked Waitukubuli National Trail, a 115-mile hiking route that was a flagship attraction. 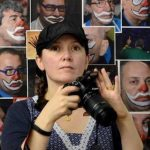