Last September BGTW members Simon Willmore, Geoff Moore, Peter Rosenfeld and Julia Hammond explored the Lithuanian coast. In this article, Julia Hammond explains why you should too, as our Lithuanian colleagues prepare to come to London for Destinations show, which takes place from 30th January to 2nd February 2020.

A finger of sand barely more than a mile wide, the Curonian Spit seems to point northwards to the Lithuanian mainland. But you’d be wise to ignore such a sign: the pace of life is slower here, luring visitors with the promise of unspoilt nature and a chance to shed the stress of everyday life.

Yet while the secret’s out for Germans and Lithuanians, the British largely overlook the area in favour of city breaks to distant Vilnius and Kaunas. Here’s why that needs to change – our seven reasons to visit the extraordinary Curonian Spit.

To hike the dunes

While some liken the Curonian Spit to an outdoor spa, others dub it “the Lithuanian Sahara” for its UNESCO-listed parabolic dunes. In years past, they migrated with the wind, consuming fishing villages and destroying livelihoods.

Today, colonised by pine forest, the fragile dunes coexist with those that live here. Hike to the top of the 52m tall Parnidis dune where a bronze of Jean Paul Sartre braces against the wind, or to Nagliai dune reserve where four villages and two cemeteries lie buried beneath your boots, a casualty of 17th century deforestation.

To cycle beside white-sand beaches

Follow the Lithuanian Seaside Cycle Trail at a leisurely pace from the Smiltynė ferry to Nida. Thirty miles of well marked cycling paths snake through shady pine forests and past brightly painted wooden homes. Keep an eye out for foxes, hares, wild boar, roe deer, and elk, all of which make their home on the Spit.

Don’t hurry; there’s much to tempt you out of the saddle, not least the heron and cormorant colony near Juodkrantė or a refreshing dip in the lagoon on a summer afternoon. Many of the beautiful beaches are recipients of the Blue Flag award which means they are clean, safe and well maintained.

The pine forests that characterise the Spit’s interior are riddled with walking paths. In Juodkrantė, follow the Hill of Witches trail and unlock Lithuania’s rich folk and pagan heritage. A hundred or so wooden sculptures somehow manage to be comical and macabre

at the same time. They depict witches, devils and monsters, each rooted in a fairytale or legend, so hire a local guide who can tell you the stories as you stroll.

To sample the local cuisine

There’s a fine selection of cosy cafés and fine dining restaurants, where you can fill your stomach with hearty soups and nourishing freshly caught fish. Smoked fish, popular locally, is cheap and tasty; look out for signs saying “rūkyta žuvis“ which indicate a smokery.

Don’t miss Gardumėlis bakery in Nida whose shelves groan under the weight of freshly baked rye bread, apple-filled buns straight from the oven and their signature carrot candy.

To learn about its fishing heritage

Nida’s close relationship with the sea is illustrated by the ethnographic fisherman’s house, which occupies a traditional wooden cottage on the waterfront. The cleverly displayed exhibits in this museum recreate the life of a fisherman in the 19th century.

Outside you can’t fail to notice clusters of weathervanes perched on tall poles. Each bears a unique design, from which the original owner’s wealth and status could be deciphered.

To visit the amber museum

The Baltic states are well known for the amber that regularly washes up on their shores and Lithuania’s no exception. Visit the tiny museum in Nida crammed full of resin of various shapes, colours and sizes.

The impressive collection includes the largest lump of amber found anywhere in the country as well as plenty of pieces with inclusions of insects and plants.

To take to the water

You’re never far from the sea on this narrow strip of land, so it’s fitting that our final suggestion should involve water. Boat trips depart Nida harbour throughout the summer months.

Guests are welcome at the yacht club, and visitors keen to go sailing can rent crewed yachts by the day. At the very least, head down to the water’s edge to watch the sun slip below the horizon at the end of the day. 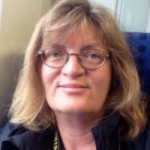