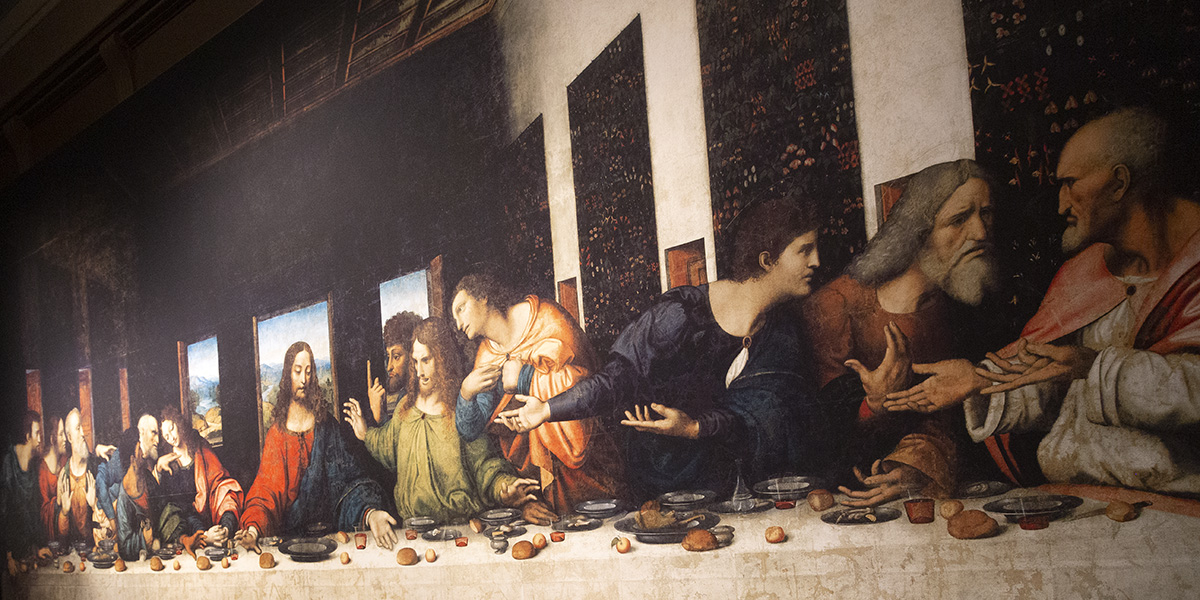 Twelve museums and art galleries across the United Kingdom are simultaneously hosting Leonardo da Vinci: A Life in Drawing until 6 May 2019. The distributed exhibition of 144 drawings from the Royal Collection Trust is being held to mark 500 years since the death of the Renaissance genius.

The drawings that now form part of the Royal Collection Trust’s expansive collection of artworks were Leonardo’s private works. Consequently, many of them are noted with detailed annotations, written in Da Vinci’s mirror image handwriting.

Some of them feature designs while others are of anatomical studies, maps or preliminary sketches of details that appeared in artworks such as The Battle of Anghiari, a mural that was displayed in Florence’s Palazzo della Signoria.

12 venues across the United Kingdom

Each of the 12 venues hosting Leonardo da Vinci: A Life in Drawing is showing a dozen framed drawings. The exhibitions feature a timeline of the artist’s life and achievements plus detailed legends that set the context of his works. 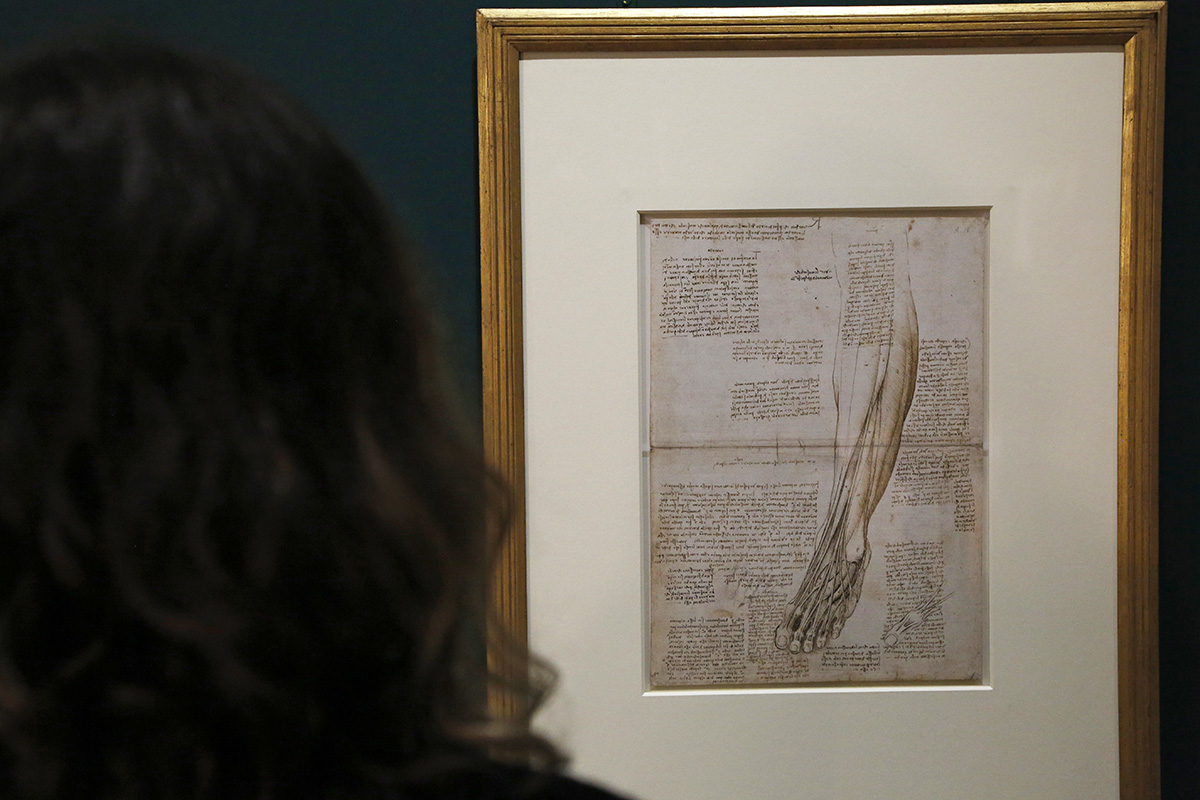 Visitors will learn that Leonardo was born during 1452 in a hamlet close to Vinci, west of Florence. He was the illegitimate son of a notary and a young peasant woman and consequently grew up with his paternal grandfather, showing a talent for art from an early age. He died at the Château du Clos Lucé in Amboise during 1519 while working for Francis I, the King of France.

Whether at the National Museum Cardiff, the Kelvingrove Art Gallery and Museum in Glasgow, the Ulster Museum in Belfast or one of the nine venues in England, the experience of viewing Leonardo da Vinci: A Life in Drawing is designed to provide visitors with an opportunity to see “a cross-section of Leonardo’s main interests, techniques and everything else,” says Hannah Belcher, the Royal Collection Trust‘s Senior Exhibitions Project Coordinator.

The works displayed were, she adds, carefully selected by her colleague Martin Clayton, the Head of Prints and Drawings. 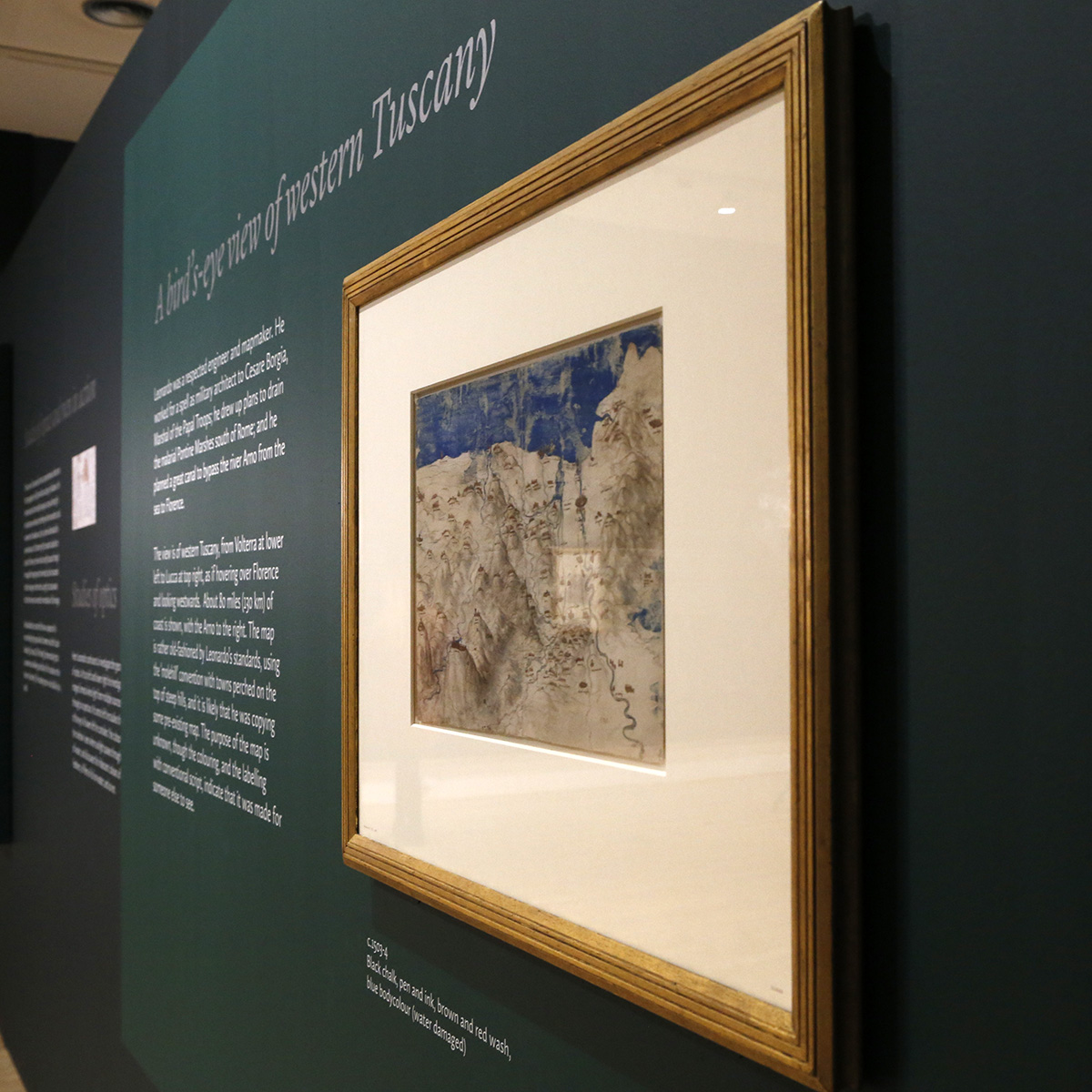 There are approximately 550 of Leonardo’s drawings in the royal collection. “Leonardo gave them to his favourite pupil, Francesco Melzi, who looked after them and on his death. They were purchased by sculptor Pompeo Leoni. Leoni obviously valued them and sorted them further.

He split them into at least two albums, one of which is now in Milan and it contains over a thousand drawings — mainly engineering and theoretical drawings — and so that’s where we know about his inventions,” explains Ms Belcher, about how the works began their journey to England.

“About 20 years later, Thomas Howard, the Earl of Arundel, presumably bought them from Leone. And then the Civil War happened in England, so it’s not entirely clear where they went during the Civil War. We know that by 1680 they were in the collection of Charles II.

“Our best guess is that they were probably given to him by Sir Thomas Howard’s grandson, who was made Earl Marshal. So, it’s probably a gift of thank you to the king — people were very keen to prove how loyal they were to him at that time. They’ve been kept and looked after since then,” she continues.

Exhibitions in London and Edinburgh 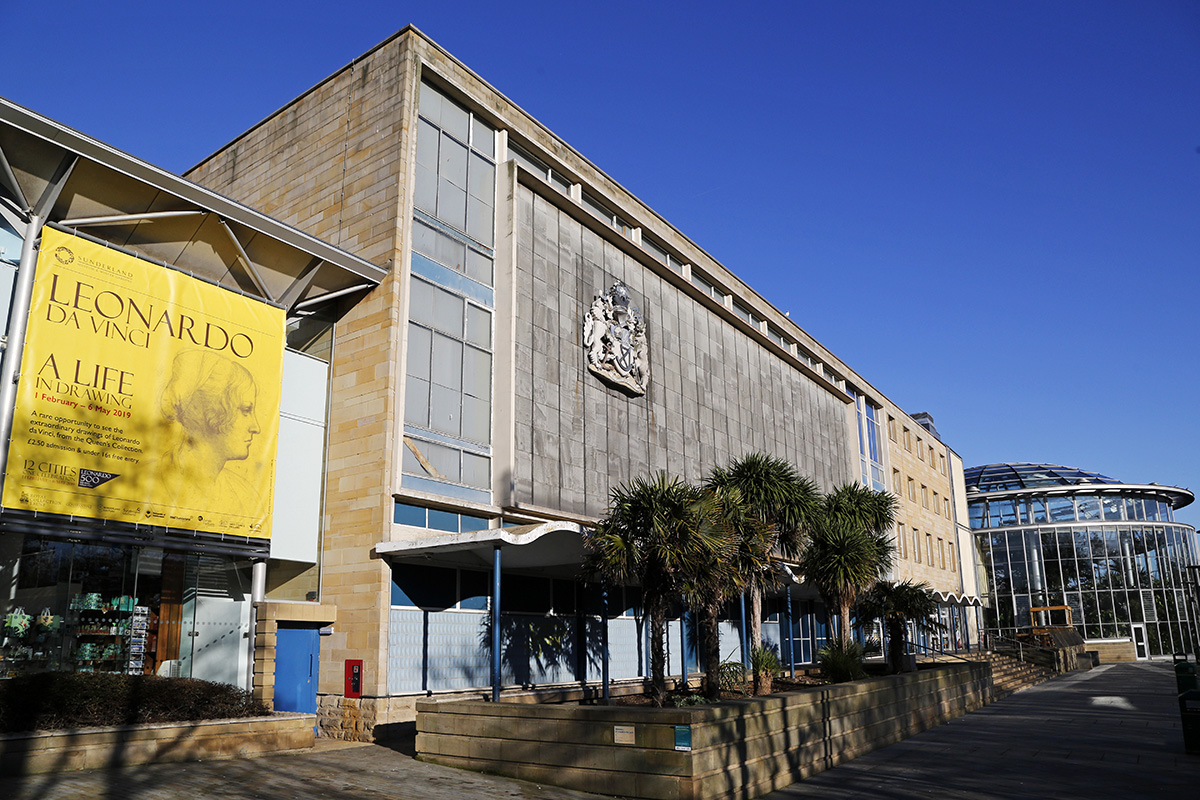 After the 12 exhibitions of Leonardo’s works close on 6 May, the drawings will be transported to the Queen’s Gallery at Buckingham Palace. From 24 May to 13 October 2019, 200 of Da Vinci’s works will be shown. From 22 November until 15 March 2020, 80 of the drawings will be displayed at the Queen’s Gallery at the Palace of Holyroodhouse in Edinburgh, the largest exhibition of Leonardo da Vinci’s works ever displayed in Scotland.

In the meantime, exhibiting Leonardo da Vinci: A Life in Drawing at 12 venues across the country means that 34 million people have an opportunity of viewing the works within an hour’s journey time of their home. 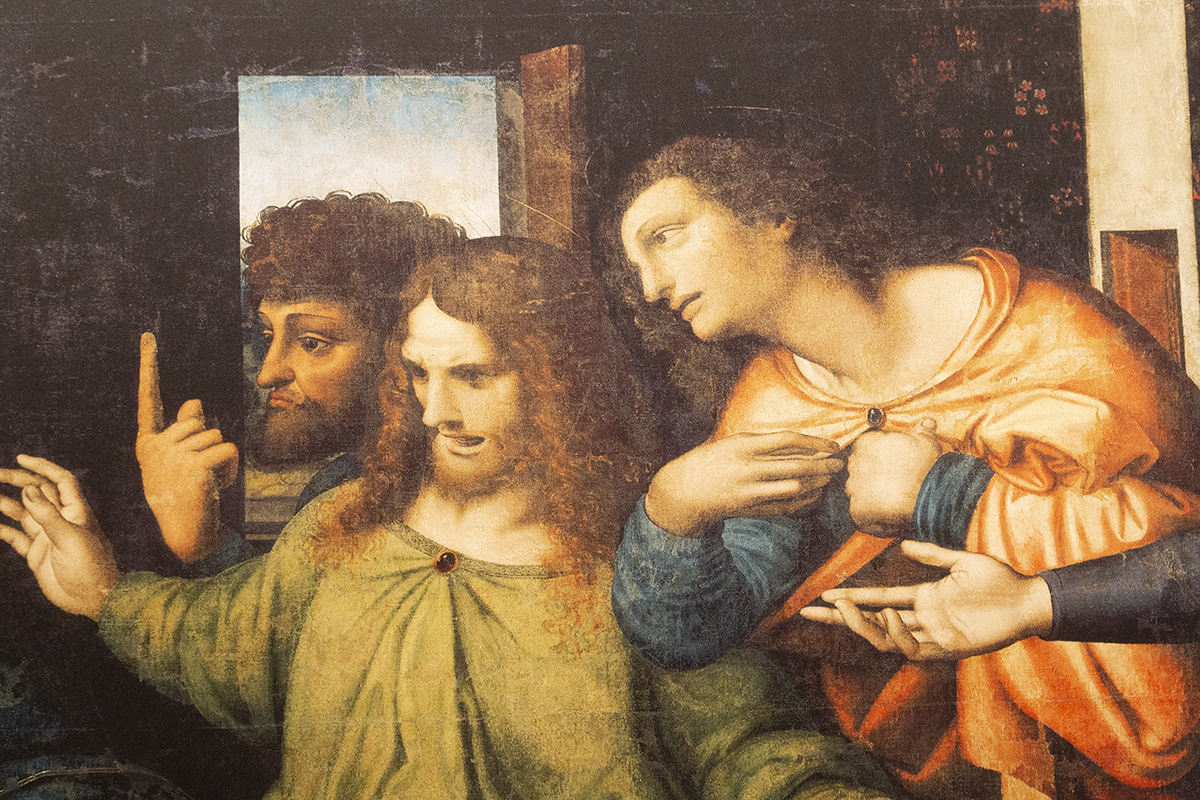 At the 2015 British Guild of Travel Writers’ Annual General Meeting held in Milan and the Lombardy region of northern Italy, Guild members had the opportunity to visit the Convent of Santa Maria delle Grazie to view The Last Supper, which is regarded as one of Leonardo da Vinci’s masterpieces.

Stuart Forster, the author of this article, is based in Sunderland, north-east England. Sunderland Museum and Winter Gardens is one of the 12 venues simultaneously showing Leonardo da Vinci: A Life in Drawing until 6 May 2019.