After PM  Boris Johnson’s much talked-about spat with his Luxembourg counterpart, I wasn’t sure what sort of welcome I would get when I arrived in Europe’s richest country.

So I took the easy way out and invited my children Ruaridh (12) and Flossie (10) along to act as my safety blanket.

They are my trusty companions when their dad Kenny is working and we have been lucky enough to see some great places, but Luxembourg has become one of my firm favourites. It has all the right ingredients of a good break, relaxed locals, beautiful architecture, Michelin-starred food (not that I actually managed to persuade the children to indulge!) and stunning scenery.

Luxembourg is just over an hour’s flight from the UK, and from March 2020, the transport in and around the city will be free for all .

We stayed  at the Hotel Vauban, a small family run hotel in the lovely Place Guillaume.

We were housed in a top floor apartment complete with historical beams and first class facilities and a lovely view of the Notre Dame Cathedral, which gently rang its bells throughout the night, before waking us at 8am with a friendly tune.

Luxembourg is going through a big change at the moment in a bid to hold onto its status as one of the European Union’s main players.

The city has been split in two, with the old traditional centre linked to the new modern hi tech hub, by the Grand Duchess Charlotte Bridge.

Currently over 10,000 people from all the European Union countries work in the Kirchberg skycrapers, with more than 170,000 commuters a day coming into the city from neighbouring Belgium, France and Germany.

It is a lot for this tiny country to cope with, but the Luxembourgers are smart enough to realise that without investment, their country won’t flourish and to combat this and climate change, thousands of houses are being built in Kirchberg and a new tram and funicular transport system introduced .

To make sure that Luxembourg does not lose its identity, the proud locals have imposed strict building rules in the old town to preserve their heritage and it’s a fascinating place to wander round. Old neglected areas have been renovated and the city is buzzing with museums, architectural gems, restaurants and independent shops.

A huge 71 metre lift has been installed to take you from the old to the new and affords wonderful views of the Alzette Valley.

Famed for its medieval fortress, the UNSECO protected 17 km of stone underground tunnels at Casemates, is a must, as is a visit to the Luxembourg City Museum.

Statues and sculptures are favourites of the locals with the Gëlle Fra monument watching over the old town and the eight metre high Tall Banker complete with pin stripe suit and briefcase, guarding the entrance to the banking district, which has helped Luxembourg amass all its wealth.

A short ride on the Hop On, Hop Off bus transports you back in time to the magnificent Vianden Castle perched on top of the cliffs, just out of the city centre and accessible via a cable car ride.

The Luxembourg Card is a great help if you want to access all the art and historical museums, but we found just wandering, admiring and mixing with the locals helped us appreciate this small city with a big heart.

Pick up tips and plan your itinerary via the excellent visitluxembourg.com. 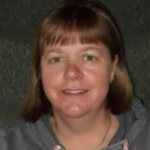