The BGTW Photographer of the Year 2018, James Rushforth recalls some of his travels as he shares some of the stories behind the images in his winning portfolio.

An unusual perspective on Lake Garda

This photo was taken above Lake Garda on the Via dell’Amicizia (Friendship Route), an excellent via ferrata. The route is sometimes also called the ‘Via del Centenario Sat’. The ladders climb a steep 850m-high wall; several of the ladders are just over 70m high and have over 100 rungs. Lake Garda and the town of Riva can be seen below.

This was a 40-minute exposure of Mary’s Shell, a fantastic sculpture located on Cleveleys Beach in Lancashire. The shell is 8m long, 4m tall and weighs 16.5 tonnes. The sculpture is part of the ‘mythic artwork trail’ and is one of several superb pieces based on the ‘Sea Swallow’ children’s story book.

Located near the soon-to-erupt Hekla volcano, Háifoss as the name implies is one of the highest waterfalls in Iceland dropping, 122 meters into the Fossárdalur valley. The Fossá river, which forms the cascade, is a spring water tributary of Iceland longest river, the Þjórsá, which originates at the Hofsjokull glacier.

The Kerlingarfjöll mountains are part of the Tuya Volcano System that covers an area of 100 km2 in central Iceland. The area is characterised by numerous hot springs that contrast well with the vibrant red volcanic rhyolite that colours the slopes. There are several excellent hiking trials that cross and explore the geothermal fields. 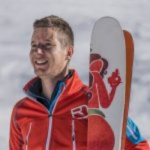