The great and the good (or, rather, simply anyone who had bothered to RSVP on time) of the Guild gathered in London for a Christmas do under the elongated shadow of Nelson’s ubiquitous column for the second year running.

There are few certainties in the life of a travel writer (editors never return your emails, the money is rubbish, your friends think you’re just ‘on holiday’ all the time) but to those certainties we’d like to add another: pies.

Last Christmas, I gave you my pies, and the very next day, I decided to do it again, so in November I emailed Fuller’s PR manager and persuaded her that the British Guild of Travel Writers is totally worth getting into bed with at a Christmas party.

To be clear, they are not my pies, more those of the chef at The Admiralty in Trafalgar Square, so it was to him or her (or ‘they’, if you’re modern) that we raised golden pastry to, as we took to their vaulted underground bar to stuff those delicious crusts into our festive faces.

Fuller’s had kindly agreed to ply us with their signature dish (and chips) so we ate, drank and made merry at the fact that Our Glorious Leader Simon had also generously agreed to put Robert’s card behind the bar.

To the BGTW members who came: thank you – and I humbly ask that you ‘big-up’ Fullers (@fullers) on social media to show that the BGTW are good souls with big hearts that are willing do almost anything for free food.

If you didn’t make it, well, they seem to like us, so let’s keep them onside with social media plaudits and hopefully they’ll do it for us again next year. That’s how traditions begin.

Finally, at this time of year, let us remember the Christmas story. When the Three Wise Men brought gifts of gold, frankincense and myrrh for the baby Jesus that was all very well, but it is only your Guild that comes bearing gifts of steak and ale alongside a vegetarian option.

And remember also that while there was no room at the inn for Jesus, we had our own private roped off area. I’m not saying the Guild is better than Jesus, but it certainly makes you think doesn’t it? 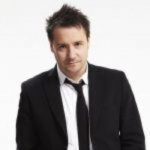