The British Guild of Travel Writers’ annual tourism awards were announced last night on the eve of World Travel Market. Lincoln Castle Revealed & Magna Carta Vault in Lincoln was named best in in the UK category, the Caverne du Pont d’Arc in the Ardèche, France took top honours in the rest of Europe, while Peru’s Museo de Túcume  won in the Wider World category.

Each tourism project has been completed within the past three years, each was nominated by a Guild member and selected via a secret ballot of the Guild’s 270 professional journalists, writers, editors, photographers, broadcasters and bloggers. The Guild members proposing a project were asked to evaluate the initiatives on the basis of tourism potential and benefit to the local community.

The full list of winners in each category – plus developments accorded Highly Commended and Merit Award status (with nominating members in brackets), can be found on their own page

“For more than 30 years these awards have celebrated the diversity and creativity of tourism projects around the world, while emphasising the massive contribution they make to local economies,” said BGTW chairman Mary Moore Mason. “They also demonstrate what a rich resource the knowledgeable, well-travelled members of our 55-year-old organisation offer to commissioning travel editors.”

The elegant awards dinner in London’s Savoy Hotel was attended by 300 top travel industry and media representatives. It was sponsored by The Development Fund of Armenia with the preceding champagne reception hosted by France’s Pas-de-Calais Tourism. The selected charity was Railway Children, which helps vulnerable street children in the UK, India and Africa. 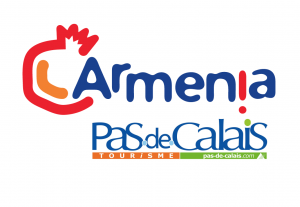