Where better to take a holiday than Sri Lanka, where the locals are experts? The people of this tiny Ireland-sized island in the Indian Ocean enjoy a world-record 26 public holidays a year. 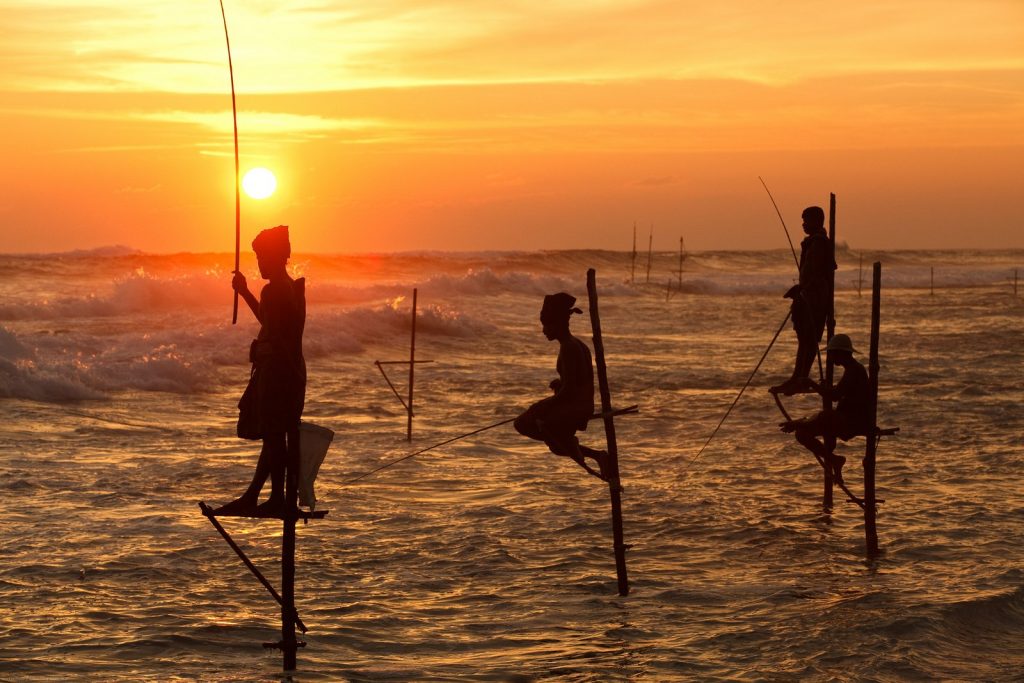 In its favour is the climate: set at the southern tip of India at between 5 and 10 degrees north of the Equator, Sri Lanka enjoys temperatures of 20-40 degrees Celsius in the south and west for most of the year. Secondly, Sri Lankan cuisine is deliciously ‘different’, benefiting from the mixing of Indian, Middle Eastern, African and European influences over the centuries.

The 13th-century explorer Marco Polo called it the ‘finest island of its size on earth’. Today, it has an attractive mix of culture, adventure, wildlife and beach. There are temples with 2000-year-old statues of Buddha, tea plantations, trekking and whitewater rafting, elephant refuges and safaris, and beautiful beaches for turtles to lay their eggs and for humans to enjoy. 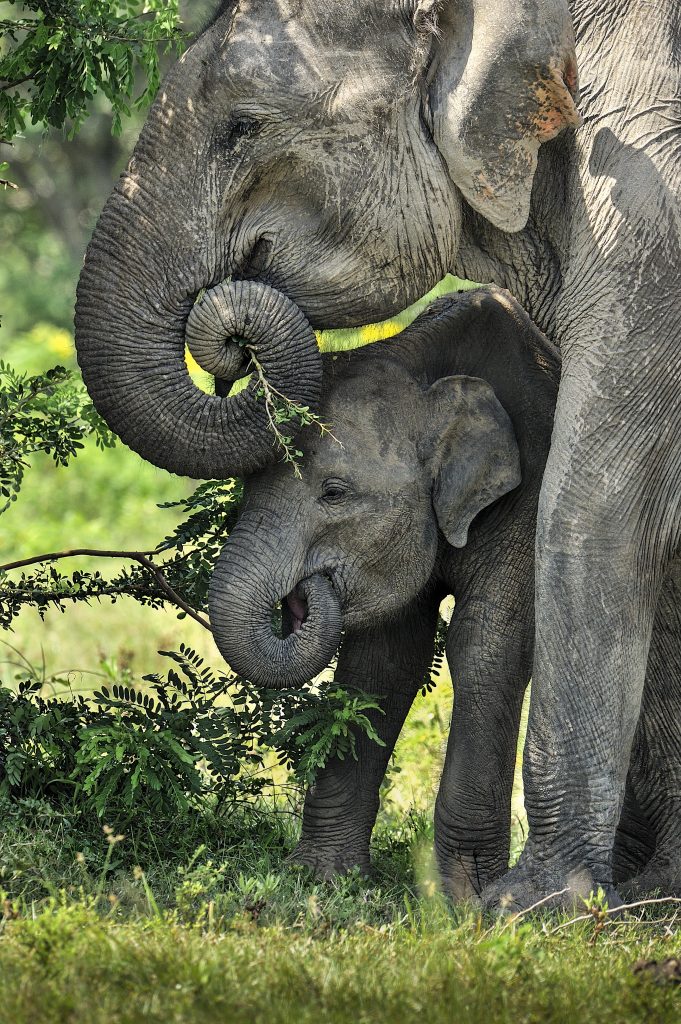 The capital, Colombo, is now a modern, bustling city of temples, monuments, museums and markets. You should visit the National Museum, St Anthony’s Church, and the Old Dutch Hospital, now a shopping centre. It’s the 150th anniversary of the tea industry this year, so visit the Dilmah t-Lounge in Dutch Square to celebrate with a cuppa.

Down the coast is Galle, a major port that has been drawing foreign visitors for centuries. The Portuguese landed in 1589, followed by the Dutch in 1640, who built the walled fort that has been declared one of Sri Lanka’s seven World Heritage sites. Enter through the high gateway set in thick walls and you will find a charming, village-like atmosphere. Visit the Dutch church and former spice warehouses, the lighthouse, the clock tower and the shops and cafes built in converted merchants’ houses. 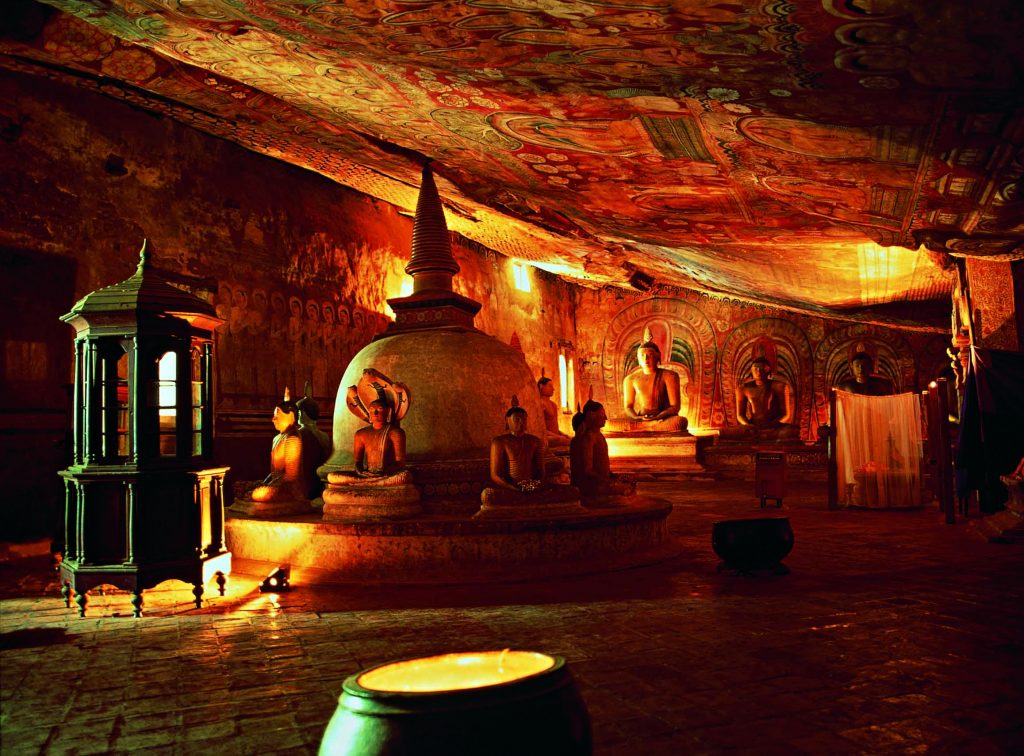 The Cultural Triangle is the central area of the island between Kandy, Anuradhapura and Polonnaruwa. These were all capital cities in Sri Lanka’s colourful past, and full of monuments and temples. Be sure not to miss the other highlights on the route as you travel between them.

At Pinnawala Elephant Orphanage you can see elephants of all ages playing in their natural surroundings. Get there in the morning to see them stop the traffic when they go for a swim in the river – but be prepared to step aside!

On your way north, visit the Geoffrey Bawa-designed Heritage Kandalama Hotel for fantastic wildlife-watching from the panoramic restaurant. Nearby is Dambulla, with its five cave temples containing exotic paintings and reclining golden Buddhas thousands of years old. Weave your way through throngs of cute schoolchildren, dressed all in white, with long red ties, and the occasional monk in orange robes. 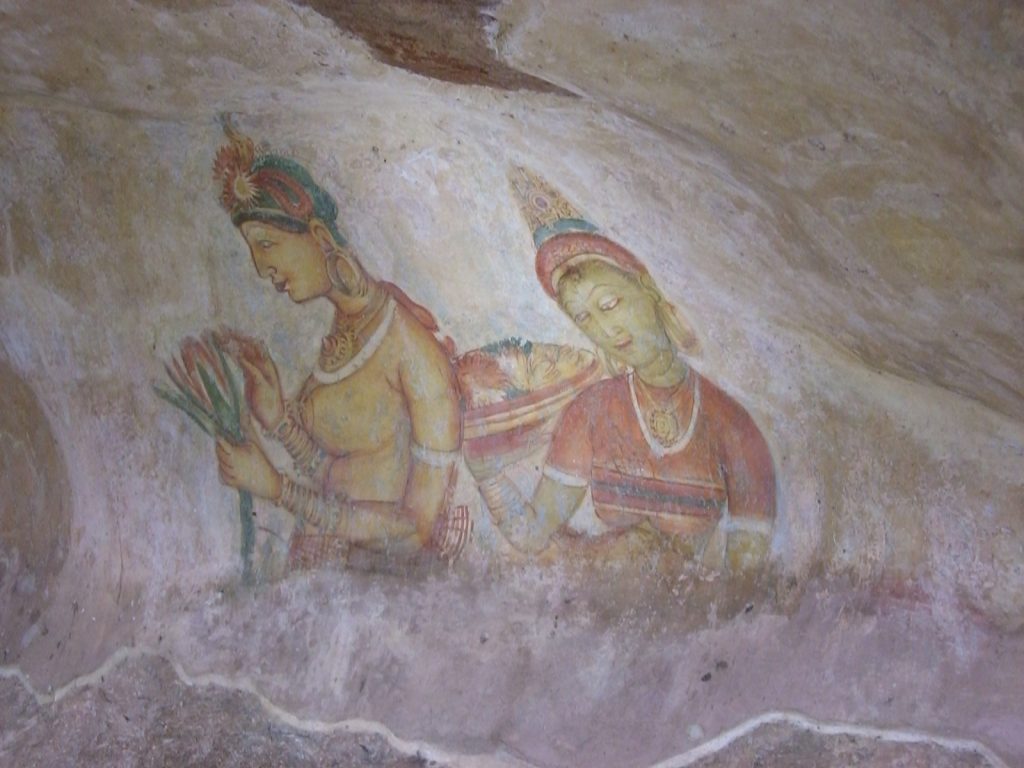 The 200-metre tall rock citadel of Sigiriya is another of the UNESCO World Heritage sites in Sri Lanka. It towers over its surrounding landscape and has an equally dramatic back-story dating back to the fifth century AD. It tells of a patricidal king fleeing to this spot for safety. His fort was constructed on top of the rock and is reached via a perilous path. You climb up a rickety staircase hammered into the sheer rock face, which is decorated with ancient paintings of exotic dancing girls. Originally the fort was guarded by a gateway in the shape of a huge lion – but now only the giant paws remain.

For visitors nervous of the heat, the tea plantations in the hill country around Nuwara Eliya are cool former colonial refuges with hotels and houses reminiscent of Surrey.

The sacred city of Kandy is home to the ten-day Esala Perahera festival in August (see below) and unforgettable for its magnificent lake and temples. If you miss the Perahera, come here to soak up the spiritual atmosphere and visit the lovely Royal Botanical Gardens at Peradeniya.

Those more interested in beaches can go north from Colombo to Negombo. Even better beaches are down south at Bentota, where there are whale-watching excursions, and Hikkaduwa, further down towards Galle, which is good for diving. 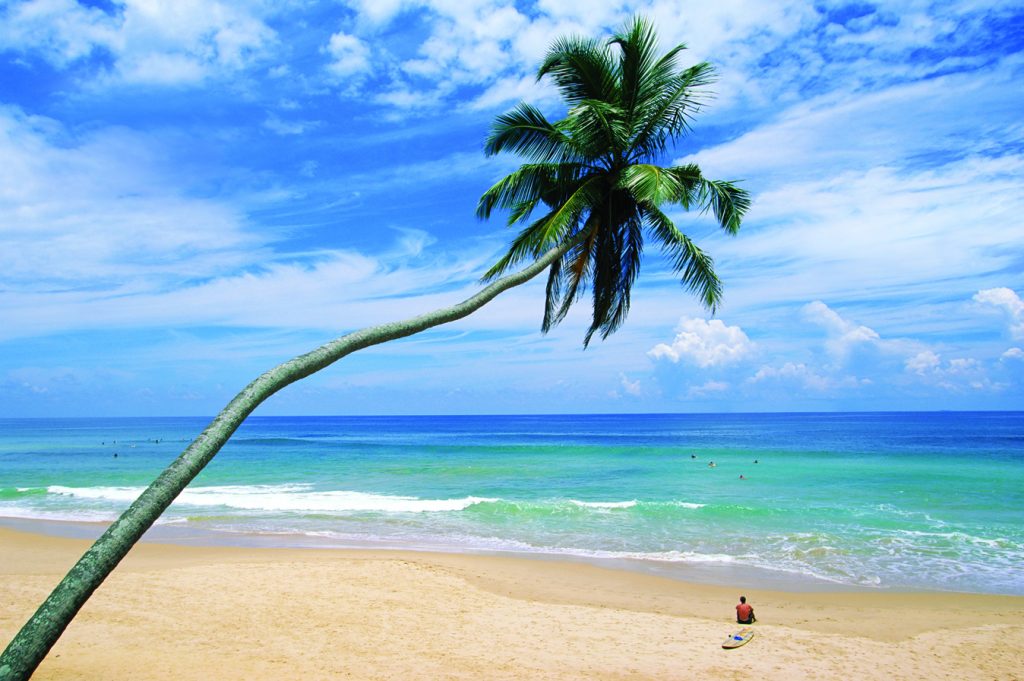 The north of the island has some of the best beaches, and since the end of the civil war in 2009, this region has begun to develop its tourist attractions. The historic city of Jaffna, though still showing its scars, is worth a visit for its Hindu temples, Catholic churches, The Fort, the Library, and a rickshaw ride over the causeway to the outlying islands. Trincomalee on the east coast has a large natural harbour, picturesque, unspoilt beaches and sacred Hindu temples and sites.

So when is the best time to go? This is complicated by the two monsoon seasons, May to September in the south and west, and October to February in the north and east. November to March has pretty reliable weather and is considered high season in the traditional tourist areas around Colombo, Galle and down to Yala. If you’re going to the less developed north and east coast, for example, Jaffna, Trincomalee or Passekudah, the dry season is from May to September. So it’s always sunny somewhere on Marco Polo’s favourite island.

The Esala Perahera at Kandy

A trip to the sacred city of Kandy in August should include an evening watching the centuries-old Perahera procession, a spectacular combination of Buddhist rite and Raindance that is repeated for ten successive nights.

First, the crowds gather. Around lunchtime whole families, of all races and religions, assemble on the procession route to chat, gossip, eat, drink and flirt. It is eight hours until the ceremony but the streets are alive with people selling everything: sweets, snacks, tea, flowers – and sob-stories.

As dusk falls, a shot rings out from the Maligawa Temple beside the lake. Deep within the temple, at an auspicious time calculated by the monks, a replica of Buddha’s tooth is placed in a bejewelled casket on the back of the giant-tusked Temple elephant. The elephant, dressed in gorgeous silk cloth with glistening jewels, sways out of the temple gates and joins two companion animals. Together they wait patiently as the procession starts. 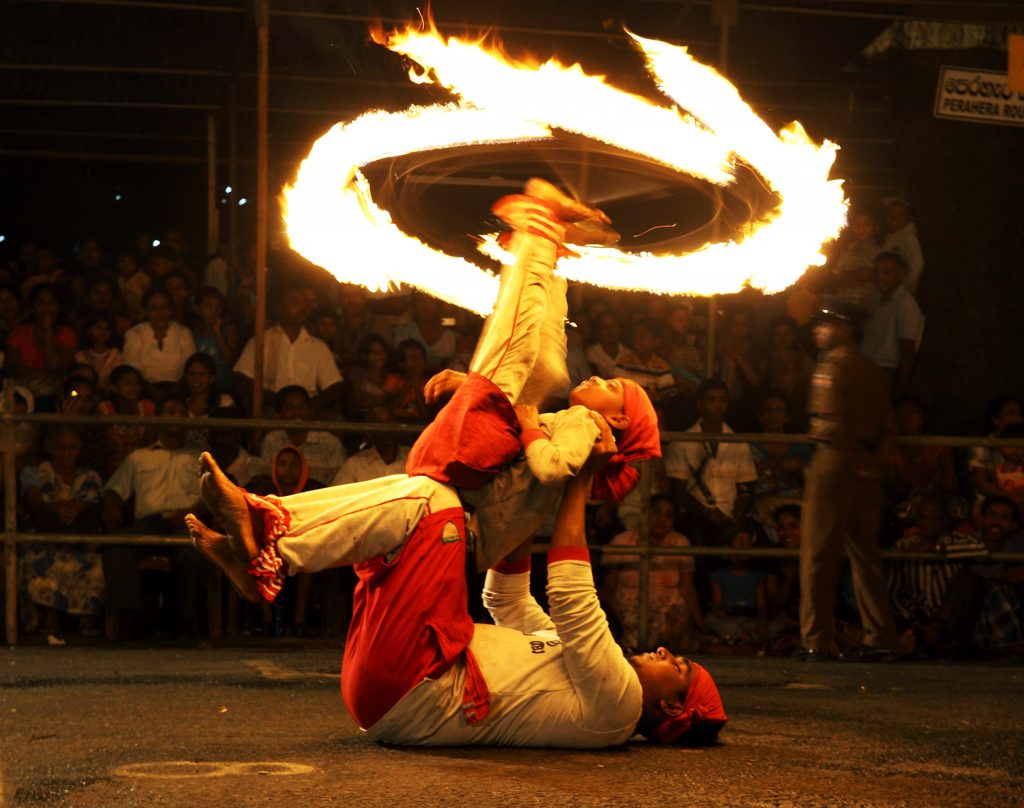 First the whip-men, dressed in white, crack their whips to command respect. Then the fire-jugglers hurl their burning sticks into the air and catch them as they dance down the street. Bands follow, all in traditional costume, thumping drums and playing flutes. Bare-chested torch-bearers light the scene, their tall poles topped with braziers spitting cinders and filling the air with the acrid fumes of burning coconut.

Dancers clashing batons and swords-and-shields follow, then the plate-twirlers simultaneously spinning their plates on 10-foot tall poles. More dancers hop and stagger trancelike, seemingly unaware of the cinders in their path.

At last, the Temple elephant entourage joins the procession, swaying in time to the cacophonous music. Thirty more elephants follow, in ones and twos, beautifully decorated with riders in splendid costumes.

Finally more marchers, carrying multi-coloured flags to represent the villages and the gods, bring up the rear. Four hours have passed. The dancing column gets longer and louder each night until the full moon, poya, when the daytime procession ends the festival. Then the storm clouds appear and down pours the cleansing, life-giving rain. 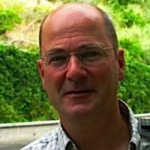