The finalists in the British Guild of Travel Writers 2019 International Tourism Awards (ITA) have been announced.

The ITA scheme recognises excellence in tourism projects in three categories: ‘UK and Ireland’, ‘Europe’, and ‘Wider World’. Guild members nominated projects that have opened, or started, within the last three years and which they believe deserve wider recognition. Some projects have cost millions and are well-publicised; others are simpler community projects that take just as much effort and love.

The Route of Parks of Patagonia
Chile
rutadelosparques.org.en
Nominated by Aaron Millar

The next stage of the process sees BGTW members voting for a winner in each category. The winners will be announced at the BGTW Annual Gala Awards Dinner that takes place on Sunday 3 November at The Savoy hotel in central London, the eve of World Travel Market.

Nominated tourism projects that didn’t make it through the shortlisting process receive a BGTW Merit Award. Those projects are: 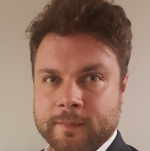