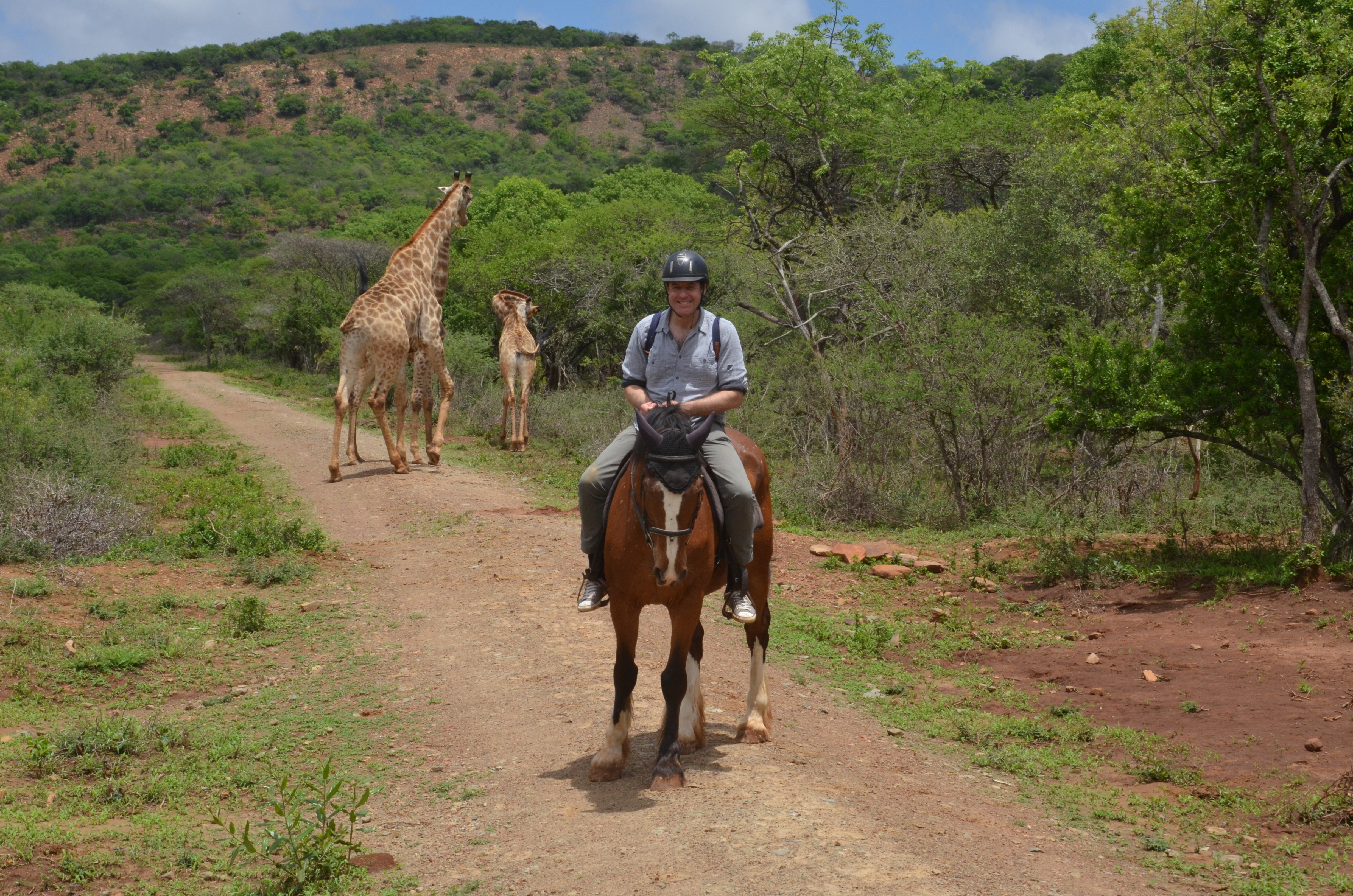 Whenever I meet someone who has holidayed in South Africa, chances are it’s the same old places, such as the Kruger and the Cape. However, there’s a region of the country so often overlooked yet just as alluring: KwaZulu Natal, often referred to as KZN.

This subtropical province sits between the majestic Drakensberg Mountains to the west, the warm Indian Ocean to the east, and  Mozambique to the north. It has game reserves containing the big five, glorious unspoilt beaches and much more. And it’s South Africa’s top domestic holiday destination.

The battlefields that inspired the iconic film, Zulu, are here. 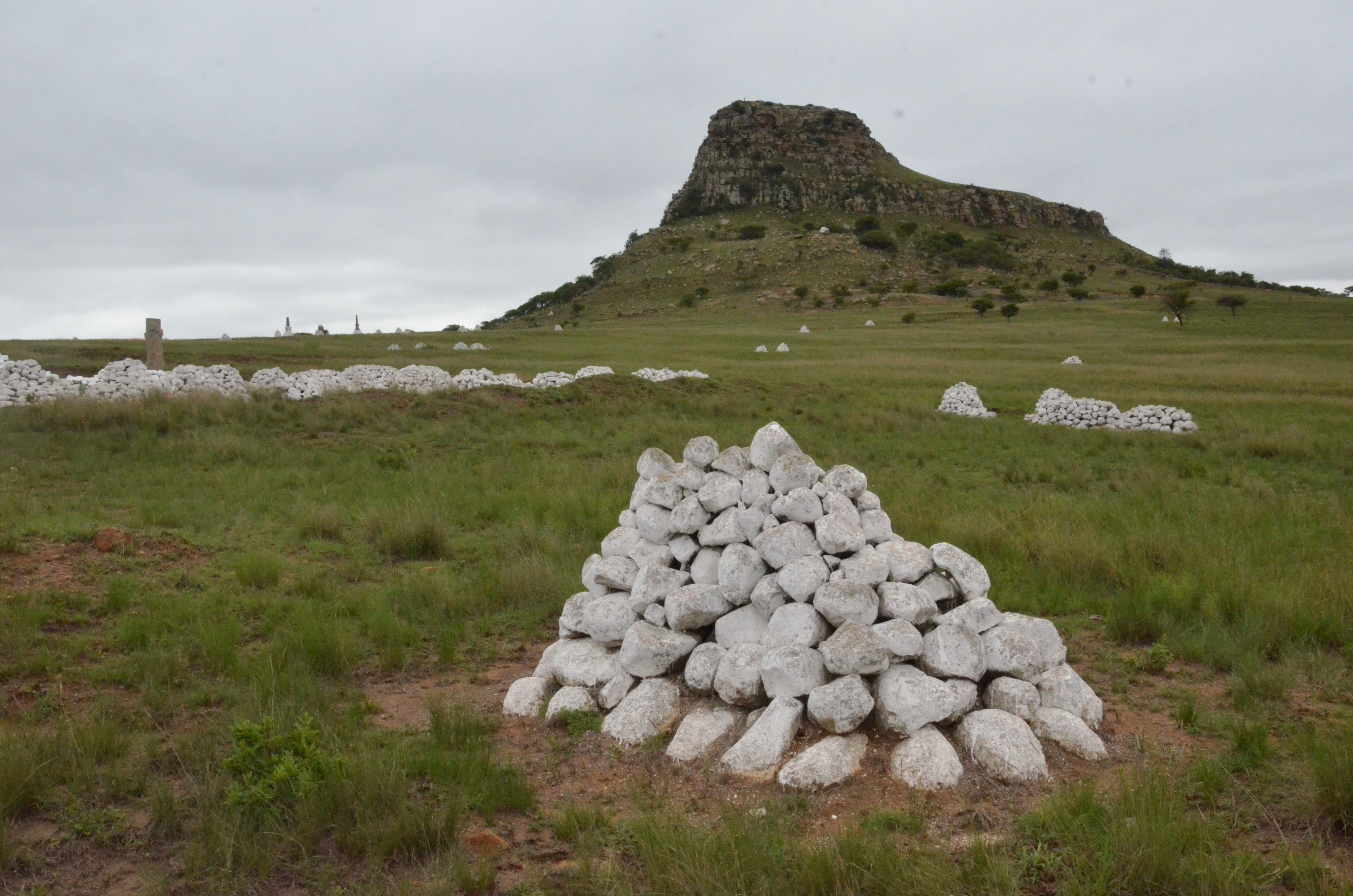 If you have seen the 1964 film, no doubt you’ve wondered what it must have been like to experience one of the bloodiest battles in British history.

The epic war film depicted – with considerable poetic licence – the Battle of Rorke’s Drift, between the British Army and the Zulus during the Anglo-Zulu War. It was one of South Africa’s most famous historic battles, where 139 British soldiers successfully held off a force of more than 4,000 Zulu warriors.

KZN is the location of many other battles too, not just from the Anglo-Zulu War but also the First and Second Anglo-Boer Wars, as well as numerous colonial and frontier conflicts and indigenous and Voortrekker skirmishes. 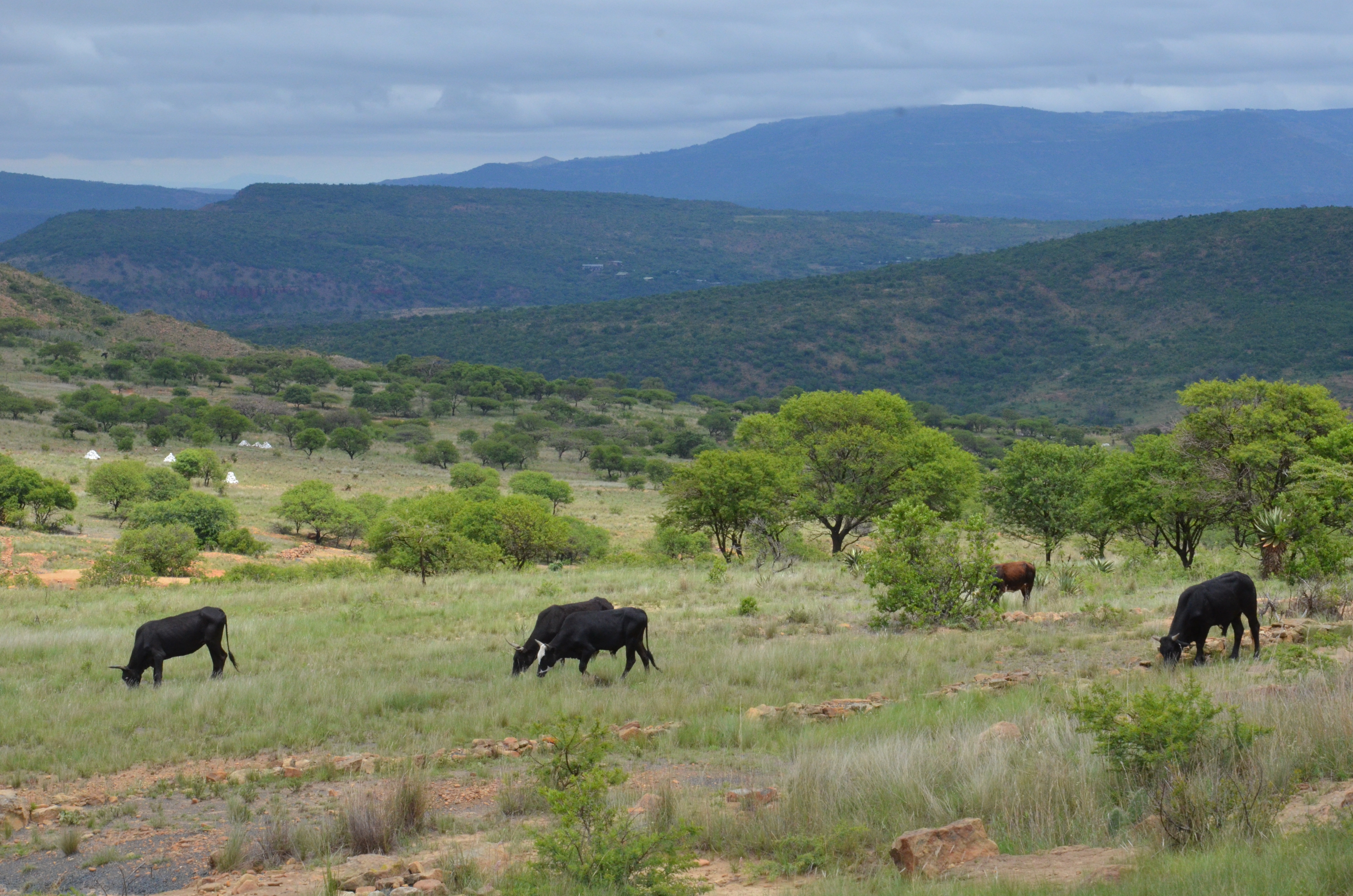 Sites, memorials and museums relating to the 37 notable historic battles within KZN’s borders can be viewed along the so-called Battlefields Route here. I took tours covering two famous battles, Isandlwana and the above-mentioned Rorke’s Drift, which unfolded  like a Shakespearean tragedy in January 1879. The British suffered huge losses at Isandlwana followed by victory in almost unbelievable circumstances at Rorke’s Drift.

Isandlwana was the first major campaign of the Anglo-Zulu War and represented the worst defeat the British ever suffered in Africa. 20,000 Zulu warriors armed just with spears attacked 1,800 British troops camped below Isandlwana Hill. More than 1,300 troops and around 1,000 Zulus died. Rorke’s Drift followed immediately afterwards, with the British soldiers fighting off the many more  Zulus and an unprecedented 11 of them being awarded the Victoria Cross.

I stayed nearby at Fugitives’ Drift, a comfortable lodge located within a 5000-acre Natural Heritage Site and surprisingly overrun with British voices. It provided wonderful food, a very convivial atmosphere, charming, comfortable rooms and a fantastic collection of battle memorabilia. But what made it really stand out was its outstanding battlefield tours.

The lodge was the home of David Rattray, one of the world’s great oral storytellers who did much to initiate battlefields tourism, and help his local community. He noticed that many history books generally neglected the Zulu side of the story and set about interviewing Zulus and compiling detailed, dramatic accounts of the battles. Tragically he died in 2007 in a botched robbery attempt at the lodge, but his widow and children have continued his work, running the lodge and tours.

I started with the Isandlwana tour. The topography of the battlefield is unchanged, and with its numerous memorials to the dead, seeing the hill towering over the plains where the British and colonial soldiers were camped and so exposed and unprotected, and the many white stones making up the mass graves and placed where the dead fell, it is certainly a sombre sight.

It was especially poignant for this tour to be guided by Mphiwa Ntanzi, a Zulu whose grandfather and great-grandfather actually fought at the battle.

He described each stage of the battle, pointing out the exact spots each event, attack or retreat occurred. He told of diembowled soldiers, their throats slit, the lack of defence they possessed, the misinformation, the Zulus facing guns yet attacking with only spears. This all brought the battle vividly to life.

The Rorke’s Drift tour was conducted by David Rattray’s son Doug. For two hours he recanted fact after fact, peppering his spiel with jokes, possibly to alleviate the gloom of the gruesome proceedings.

Like at Isandlwana, being exactly at the same location as the battle, with each development being pointed out to you, certainly transports you to that dreadful day. It is surprising how small the battleground housing the thousands of warriors and soldiers was, just the size of five tennis courts.

Doug described in detail how the soldiers faced so much, desperately fighting for their lives many miles from home in completely unfamiliar surroundings, against a backdrop of  sweltering heat and deadly tropical diseases. He focused on the key figures in the battle and with passion explained the catastrophic blunders and vital twists of fate that occurred.

I’ve never been particularly interested in military history and so was surprised at how absorbing the battlefield visits were.

I moved on to the comfortable Ghost Mountain Inn to see more of this dramatic region: dramatic in both history and in landscape, with its huge expanses of mountain-lined plains. It offers various activities including game safaris, boat trips and facilities for kids.

More and more, tourists are wanting experiences away from the conventional sights. In the developing world, increasingly, tourists are being offered interactions with the local community. At Ghost Mountain this is in the form of a completely authentic  trip to a local homestead in the Lebombo Mountains, to help visitors get to understand what life is like for the modern-day Zulu.

A group from the hotel descended upon the group of mud huts and were taken around by the Headman, meeting members of his family along the way. Local food and beer tastings, a visit to a Sangoma (traditional healer) for a bone reading, and lessons on how to stick fight with some of the locals can also be arranged.

It was fascinating seeing how the people here lived. We were shown some homes and a grave, which just looked like a pile of stones to the uninitiated.

Experiencing a horseback safari at Pakamisa Lodge, near Pongola town, was a real thrill. I was a bit apprehensive at first, due to having the horse riding skills of Norman Wisdom. But six of us (with an experienced guide) rode through beautiful savannah and bush on elegant Arab, Boerperd and cross-breed horses at a gentle trot, taking in the gorgeous landscapes. After an hour or so we came face to face with a herd of giraffe, which was truly unforgettable. 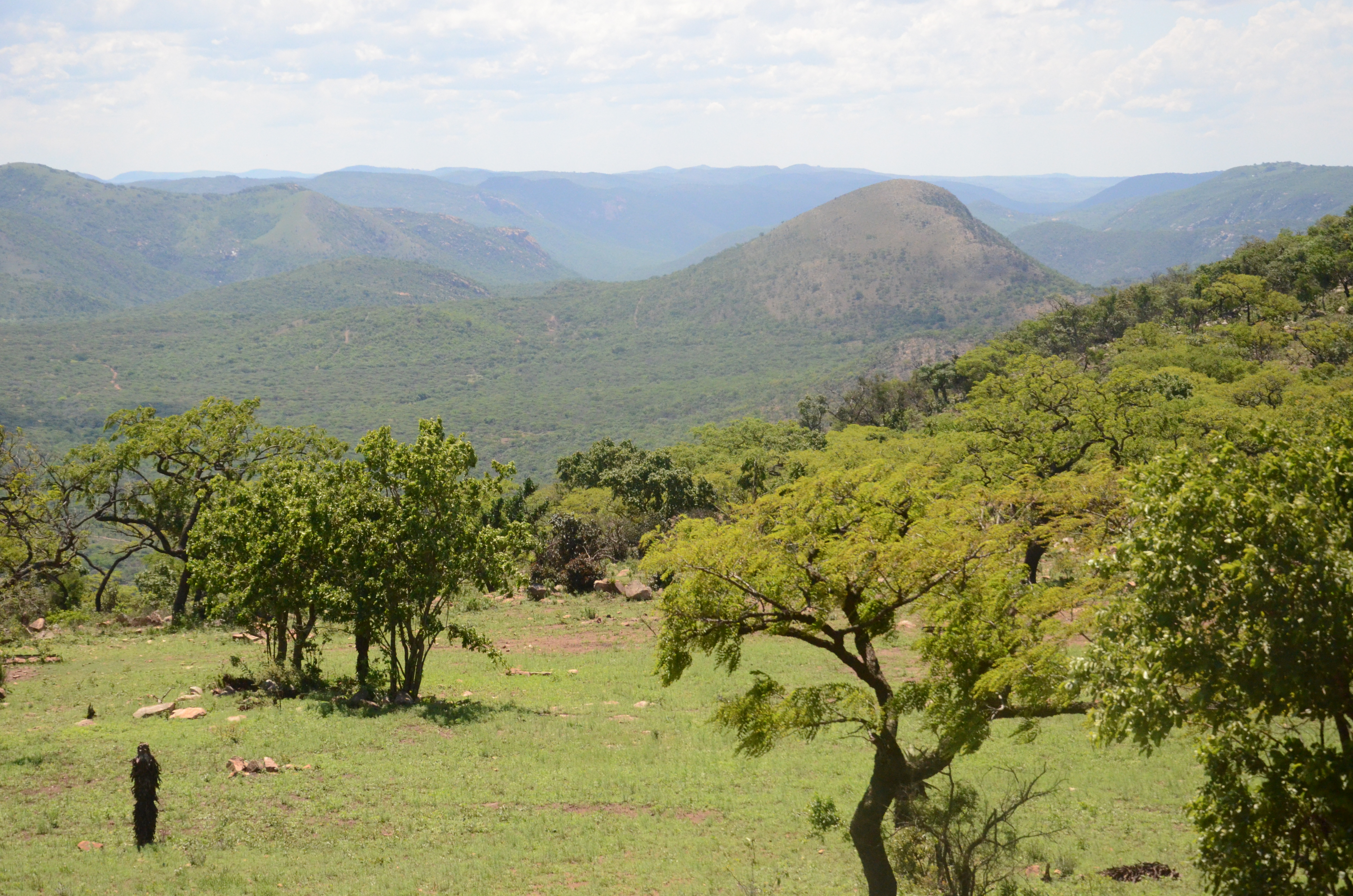 With distinctive Italo-Spanish architecture, Pakamisa Lodge is situated on the high plateau of Pakamisa mountain, surrounded by the vast Pakamisa game reserve. The lodge looks majestically over the evergreen Pongola River Valley, offering a tremendous panoramic view into the highlands of Swaziland.

Other activities Pakamisa offers include fascinating bush walks where you get to appreciate the little creatures, finding out how termites build their colonies and how dung beetles work. You can also try your hand at archery, air rifle target shooting and clay target shooting, and take game drives.

I was surprised at such a diverse set of experiences were offered in this small and beautiful region: history, culture, horse riding, visiting a local community, walking and jeep safaris all in just a few days. Can;T wait to return.